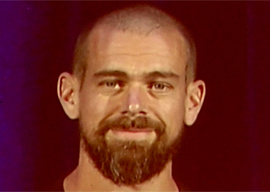 The Week’s Most Solid, Stolid, and Squalid Headlines

JACK GETS HACKED: TWITTER CEO’S ACCOUNT PRAISES HITLER, DROPS N-BOMB
Jack Dorsey is the CEO of the well-past-its-prime social-media titan Twitter. He does things such as meditating in caves and sporting a beard that makes him look like a homosexual leprechaun.

On August 30 for about 20 minutes, Jack seemed to suddenly find a sense of humor, spewing forth the following hilariously offensive tweets like so many gleeful, inhibition-free bullets of hatred:

Intel is there’s a bomb at Twitter HQ #ChucklingHella #ChucklingSquad

Alas, though, Jack had not decided to lighten up and start being funny. His account had been hacked by a group calling itself the Chuckling Squad. It was the most impressive case of racist hacking since Microsoft’s AI robot “Tay” was turned into a “neo-Nazi sexbot” in 2016.

Either way, Jack has committed multiple hate crimes and clearly needs to be perma-banned from Twitter.

#METOO OFFICE BLOWBACK: MEN NOW LESS LIKELY TO HIRE WOMEN AND ASSOCIATE WITH THEM AT WORK
In comedian Dave Chappelle’s new standup special, he laments that women are giving him a “#MeToo headache,” and apparently he’s not the only guy who feels this way.

What was once intended as a bold and sexually revolutionary movement empowering women to cast aside the rusty shackles of sexual slavery, unsavory male body odor, and inappropriate comments of a lascivious nature has now backfired and threatens to render women—especially the attractive ones—unemployed and turning tricks inside the dumpster behind the local Wendy’s.

That’s right—a recent study from researchers at the University of Houston surveyed 152 men and 303 women about their feelings regarding workplace sexual harassment, which kind of makes you wonder if the researchers weren’t a little bit kinky themselves. It found that in the frigid aftermath of #MeToo, three out of five men said their fears of being falsely accused of sexual assault had increased. One in five men said they were now more reluctant to hire attractive women—especially for jobs involving close interaction, such as traveling together—and nearly one in three said they avoided one-on-one meetings with female coworkers.
Great job, ladies. In the name of “progress,” you’ve created a world where everyone is horny and celibate and psychotic.

AUSSIE CARNIVORES PLAN MASSIVE BARBECUE TO TAUNT MEDDLESOME VEGAN
For all we know, a vegan lady from Perth, Australia named Cilla Carden is not a witch, but we will note that she has the sort of nose that witches are often depicted as having in fictional accounts, so we’re just throwing that out there.

“Jack has committed multiple hate crimes and clearly needs to be perma-banned from Twitter.”

If vegans aren’t all witches, can we meat-eaters at least all agree that they’re annoying? Carden recently took two of her neighbors to Australia’s Supreme Court in an attempt to make them stop cooking barbecues and infecting her nostrils with the holocausted flesh of unfairly murdered animals.

Carden, a massage therapist who also complains that her neighbors smoke cigarettes and play basketball, seems especially vexed/aroused by the smell of fish:

They’ve put it there so I smell fish, all I can smell is fish. I can’t enjoy my backyard, I can’t go out there…It’s been devastating, it’s been turmoil, it’s been unrest, I haven’t been able to sleep.

Just to be jerks, a group of local meat-eaters organized a Facebook event called “Community BBQ for Cilla Carden” in which they plan to assemble outside her abode en masse—at last count, more than 3,000 people said they planned to attend—and barbecue the SHIT out of every kind of meat and poultry and fish they can seize with their sunburned claws.

According to the event description:

Don’t let Cilla destroy a good old Aussie tradition, join us for a community BBQ, and help Cilla Carden GET SOME PORK ON HER FORK.

This is going to be worse than a free-for-all between Antifa and the KKK. There will be blood.

JOE BIDEN’S OL’ BLOODY EYEBALL
Last week we covered in a lurid and frankly sadistic fashion the fact that Democratic presidential frontrunner Joe Biden is losing his mind. This week he has to go and top himself by having an eyeball half-explode while he was trying to stammer his way through some kind of marathon climate-change townhall meeting which sounded like such a good time, we will forever regret not being able to attend.

While saying somethin’-somethin’ about how all white American males need to submit to permanent unemployment to help lower the rate of respiratory disorders among homeless Burmese children, the white of Biden’s left eye suddenly became lobster-red, and it was roughly as pathetic as that time Hillary Clinton fainted from the brutal New York City heat that clocked somewhere in the low 80s.

Without apparently even one red blood cell’s worth of irony, Biden tweeted the following after the debate:

We can’t turn a blind eye to the way in which environmental burdens are distributed unevenly along racial and socioeconomic lines.

Please, if there’s a God somewhere that’s half as sadistic as we suspect he would be, let one of Biden’s ears suddenly fall off during the next debate. We will not publicly wish for him to die during the next debate, although few of us could deny it would be interesting. Or maybe both eyes fill with blood next time, then the time after that he also gets a nosebleed…

GROUP OF “HUNGRY DINERS” STORMS TEXAS POPEYES, DEMANDING CHICKEN SANDWICHES
Houston is a giant, disgusting metropolis filled with cockroaches, crack pipes, AIDS, and several reasonably priced Vietnamese restaurants. At a Popeyes chicken franchise last Monday night in southeast Houston, a group of “prospective diners”—one of whom was brandishing a gun—allegedly attempted to storm into the restaurant after being informed that they had sold out of their popular chicken sandwich. The man brandishing the gun was described as having “small dreadlocks.” The group consisted of two women and three men, all of whom left a baby unattended in the back seat of a blue SUV, which suggests that the baby may be affiliated with the Crips street gang.

Since its preposterously successful launch on August 12, Popeyes’ chicken sandwich has allegedly been the flashpoint for several brawls and altercations nationwide as hungry, chicken-seeking customers vie for an increasingly dwindling supply of the much beloved sandwich.

WELSH DIRECTOR URGES MORE SCREEN TIME FOR ELDERLY DYKES
Rachel Dax is a handsome Welsh woman from Cardiff, Wales who has just released some kind of movie “about two eighty-something lesbians,” and we’ve already lost interest from the description alone.

Still, Dax says that elderly Sapphites, what with their fused-together labia and skin hanging off their bones like melted cheese, need higher representation in movies.

We disagree, and that’s all the space we’re going to give the topic.

MISSISSIPPI WEDDING HALL REFUSES INTERRACIAL COUPLE “BECAUSE OF OUR CHRISTIAN RACE”
It would seem obvious to any mixed-race couple seeking to get married in Mississippi that you don’t plan the event at Boone’s Camp Event Hall, because even the name of that place sounds racist.

A woman named LaKambria Welch—no cash prizes for guessing her race—drove down to Boone’s Camp Event Hall after her brother informed her that the owners refused to join him and his white fiancée in the bonds of holy matrimony. While filming with her phone—in case you haven’t noticed, black people do that a lot when interacting with white people these days—she asked a woman why they wouldn’t marry her Negroidal brother to his Caucasoid betrothed. On camera, a woman with a beer belly is heard saying:

Once the video went viral, church officials went through a cycle of apologizing and then apologizing more and then deleting the second apology to issue a third apology.

USA Today recently featured a letters column with the header, “White people, what are we going to do to stop white nationalism?: Readers sound off.” And The New York Times ran an emotionally resonant and deeply moral feature about how white filmmakers are struggling to address whiteness on movie screens that are, to be frank, overwhelmingly white.

AFFIRMATIVE ACTION FOR BLACK WEED DEALERS
A Massachusetts group of aspirant black weed dealers—hey, it’s better than aspiring rappers—calling itself Real Action for Cannabis Equity, aka RACE, claims that only two out of the 184 marijuana business licenses the state has issued have gone to black vendors. RACE cofounder Richard Harding compares the situation to “Jim Crow laws or civil rights struggles of the past,” and we want some of whatever this guy is smoking.