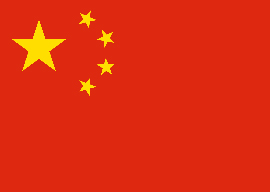 IT’S OFFICIAL: THE CHINKS RULE AMERICA
The NBA is composed of about 450 extremely tall men, most of them black—not that this matters, unless you’re some sort of a racist. Since the average NBA player is 6’7”, if you stacked them all on top of one another, the entire NBA would be nearly 3,000 feet tall.

In contrast, the height of a Chinaman or Chinawoman is, all things considered, about 5’4” on a good day. Then again, there are currently 1.386 billion men and women in Chinky-Chinky Chinaland, and if you were so bold as to stack them all atop one other, that’s over seven billion feet tall.

This is why the NBA, in the person of its severely alien-looking head honcho Adam Silver—who looks like Jiminy Cricket had sex with an AIDS-infected bagel, and they had a baby—recently bowed and apologized to China.

Last week, Silver said he was sorry to the People’s Republic of China for the thoughtless and counterrevolutionary tweet by Houston Rockets General Manager Daryl Morey in support of whatever those crazy slants in Hong Kong are doing to protest the mainland Chinese government. Horrified that his own boss had been so reckless as to express a political opinion—and possibly petrified at the thought of all those sales of tiny jerseys and hats to a market of nearly 1.5 billion—Rockets star James Harden made his own apology to the entire nation of China.

Five-time NBA Championship-winning coach Gregg Popovich of the San Antonio Spurs—a white man with severely bad acne scars who’s spent his entire life basking in the sweat of black men—criticized President Donald Trump even though it apparently had nothing to do with basketball or Hong Kong, then praised that weird pink kosher praying mantis named Adam Silver for riding on a float during some gay-ass Pride parade:

A couple years…I was walking the streets of New York City during the Gay Pride parade, and I turned around and here comes a float and Adam’s standing on the float with a big sign in support of LGBTQ and I felt great again…

What the hell does that have to do with the price of an NBA ticket in China?

In further retaliation against Daryl Morey’s inflammatory tweet supporting the Hong Kong protestors, the billionaire owner of the New Jersey Nets—some guy named Joseph Tsai who can’t seem to stop squinting—accused his rival owner’s tweet of being “damaging to the relationship with our fans in China” and predicted that “the hurt that this incident has caused will take a long time to repair.”

Oh, get over yourself, Dragon Lady.

In Philly—where the 76ers haven’t won a championship since 1983—a fan says he was booted from a preseason game after holding up a “FREE HONG KONG” sign during the game.

The big Chinese market is open to the world, but those who challenge China’s core interests and hurt Chinese people’s feelings cannot make any profit from it.

It’s well-known that Hollywood routinely censors its films to make them more palatable for the massive Chinese market.

No single country on Earth owns more of America’s national debt than China.

It is quite possible that the endless hurricane of poo that’s been flung at Donald Trump since the day he declared he was running for president is because he was vocally critical of the way Chinese officials are outsmarting American politicians.

KANYE WEST SAYS THE USA GIVES HIM THE RIGHT TO BE A COON
Mentally handicapped Grammy-winning entertainer Kanye West is also a Christian who frequently hosts worship services and whose new gospel album is called Jesus is King: A Kanye West Experience.

“We love when black people mention chicken and slavery in the same song.”

At a recent hootenanny in Salt Lake City—we didn’t even know they allowed black people there!—West gave a meandering sermon praising Abraham Lincoln, accusing the media of being “mind controllers,” and using one of our favorite words in, like, the entire world:

People call me a coon, because I chose my right – in America we got the right, right? We got the right to our own opinion. They try to tell me because of my color who I’m supposed to pick as the president. ‘You’re black, so you can’t like Trump.’ I ain’t never made a decision only based off my color. That’s a form of slavery, mental slavery.

West was also criticized recently by some group of homosexual weirdos for his brilliant new song called “Closed on Sundays” because it gives a friendly shout-out to gay-bashing fast-food chain Chik-Fil-A:

We love when black people mention chicken and slavery in the same song.

FBI: AMERICA’S MOST PROLIFIC SERIAL KILLER IS…[DRUM ROLL] A BLACK MAN!
A mere three years ago, Samuel Little was an unknown killer serving a life sentence in the California desert for three murders. Then, based on the hunches of a Texas Ranger named James Holland who is apparently a wizard at gaining the confidence of psychopaths and making them spill the beans, Little confessed in graphic detail to committing 90 additional murders from 1970-2005.

The FBI has already confirmed 50 of those murders, meaning Samuel Little has slaughtered more people than any other serial killer in American history. Nearly all of his victims were female, and most of them were black.

Holland interviewed Little for over 700 hours over 48 straight days in 2018. He recalls watching Little scan his memory banks to remember a specific victim:

With Sammy, there’s indications of visualization, of when he’s thinking about a crime scene. He’ll start stroking his face. And as he’s starting to picture a victim, you’ll see him look out and up. And you can tell he has this revolving carousel of victims, and it’s just spinning, and he’s waiting for it to stop at the one that he wants to talk about.

We hate when black people don’t get their due. It ruins the self-esteem of young black males and leads them on a path of petty crime that ultimately ends in serial murder. We also live in a society that constantly accuses young black males of being underachievers when it comes to serial murder, when the fact is that they’re great at it.

WOMAN SLASHES MAN’S THROAT FOR ARGUING WITH HER AT TACO BELL
Caley Mason is a 22-year-old mushroom-shaped Oregon woman with ancestral roots on the Dark Continent and a boyfriend who doesn’t appear to be entirely human. She was recently sentenced to seven years in prison after being found guilty of slashing a man in the throat who apparently had gotten too uppity with her as they were standing in line at a Taco Bell restaurant waiting to be served what passes as food there.

After a brief volley of tense words between the two, Caley exited the Taco Bell to retrieve a knife. Upon her return, she ran up to 48-year-old Jason Luczkow and sliced him straight across the throat, requiring 100 stitches and missing his jugular vein by “just millimeters.”

After the vicious attack, Caley fled the restaurant in her car, along with her husband and two children, aged two and four. She removed the blonde wig shown in the video of the attack, but police later found it “in [her] boyfriend’s pants.”

It’s a shame this happened, because they seem like a nice family.

STANDARDIZED TESTS PROVE CALIFORNIA STILL HATES BLACK PEOPLE
Year after year, the State of California fails to account for why it rigs its standardized tests for English and math so that Asians outperform everyone else while black students lag behind like a three-legged racehorse.

It’s bad enough that only about half of students in Cali—don’t you hate when people say “Cali”?—can meet basic English standards, while only four in ten can squeak by on math.

But now the California Department of Education tells us that only one in three black students get a passing grade in English; in math, it’s a pathetic one in five.

Why does the State of California hate black people, and what can we do to stop it?

TEENS HONOR MAN’S REQUEST TO STOP USING A RACIAL SLUR, SHOOT HIM 9 TIMES INSTEAD
Last month in Phoenix, an unnamed black photographer was shot nine times, mostly from behind, yet he survived, which doesn’t speak very well of the marksmanship of Arizona’s Hispanic gangbangers, who really need to step up their game if they hope to compete in next year’s Nationals at Lake Tahoe.

According to the photographer, he was taking pictures of the gang members in a public park—that was his first mistake—when they started calling him a racial slur. When he asked them to stop, they complied and began shooting instead.

Three teens with Hispanic surnames have been arrested in connection with the shooting. When asked about the specific racial slur they used, all three shrugged in unison and said, “Me no speak-a the English.”

GAY MAN ATTACKED WITH HIS OWN ANTI-HOMOPHOBIA SIGN
In a story that would be hilarious if it weren’t so tragic, a gay man holding a sign that protests homophobia was attacked with that very sign in a homophobic hate crime.

Anthony Dolci pretends as if it wasn’t a blatant act of provocation to mince around with a sign that said “MAKE DONALD TRUMP GAY AGAIN” and that he didn’t actually deserve for a man to hit him with the sign and use “several bad language words” to describe the fact that Dolci likes nuzzling up to penises like a kitten likes nuzzling up to a ball of yarn.

But do we really need the signs? Do what you want behind closed doors, but we have a problem with the signs. How about we make a deal—you don’t carry around the gay signs, and we don’t hit you with them?