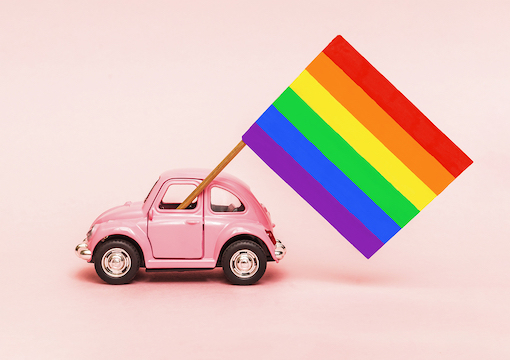 GLOBAL CRACKDOWN ON HOMOS: CHRISTIANS AND MUSLIMS SAY, “ENOUGH WITH THE FRUITS!”
As rainbow flags unfurl and flap freely throughout the world as a tribal emblem of people who take pride in the fact that they find the opposite sex unattractive, a countermovement is erupting like welts on the back of a freshly whipped slave. People who only a generation ago agreed that what two adults do in the privacy of their own bedroom is nobody’s business but their own have now had it up to HERE with that fact that while they were minding their own business, the Global Sodomitical Mafia moved the goalposts and dragged everyone into gay people’s sex dungeons and are forcing them to watch with their eyes held open Clockwork Orange-style.

Both the Holy Bible and the Quran state that when people of the same sex disrupt nature’s holy plan and waste their reproductive energies and fluids on one another, God gets so upset that you almost want to offer him a Vicodin.

In the Republic of Georgia, a heavily Orthodox nation which straddles Europe and Asia and is thus liable to being penetrated from either direction, “an Oscar-nominated Swedish-Georgian gay-themed film” with the severely and almost incurably gay title of And Then We Danced premiered in the capital city of Tbilisi “amid a heavy police presence” because your average Georgian hates homos so much that you start to think they may be compensating for some deep-rooted insecurities of their own.

A mob of “far-right activists” torched a rainbow flag and screamed “SHAME!” at the thought of a film that not only refrained from saying homosexuals should be sodomized with hot pokers, but that seemed to actually celebrate this deviant and generally icky lifestyle.

Earlier in the week, a member of the nationalist Georgian March party said he would not allow the film, which he condemned as “propaganda of sodomy.” A Georgia businessman “with links to Russia’s anti-Western and far-right groups” vowed that he and his henchmen would “enter screening rooms in six cinemas in Tbilisi and turn off the projectors…[and] shove back police if need be.”

Georgia decriminalized homosexuality in 2000. By comparison, Saudi Arabia mandates the death penalty for both homosexuality and atheism. A new promotional video by the state’s security agency depicts atheism, homosexuality, and feminism as “extremist ideas” that deserve derision, scorn, shunning, humiliation, torture, and, what the hell, decapitation.

Christians and Muslims have common ground in their full-throated fag-bashing, although the Christians still have quite a bit of catching up to do.

WHITE SOUTH CAROLINA RESTAURANT OWNER ACCUSED OF ENSLAVING BLACK EMPLOYEE
Most of the civilized world realizes that not only is Abraham Lincoln one of the ugliest gents ever to live, he also freed the slaves in 1863 because he loved black people and really didn’t say any of the nasty things he is documented to have said about them.

A white South Carolina man who insists on always using his middle name like most white Southern men seem to do, Bobby Paul Edwards, has been sentenced to 10 years for keeping a mentally deficient black man as a virtual slave at his J&J Cafeteria.

The black man, John Christopher Smith, started working for Edwards in 1990 at age 12 and never stopped until the law intervened. According to the Department of Justice, he “dipped metal tongs into hot grease and burned the victim’s neck,” beat him with a belt, hit him with pans, punched him, and—worst of all, we can all agree—called him racial slurs. He also threatened to “stomp” him and beat him into unrecognizability. Smith will also receive $500,000 in damages from Edwards, including $272,000 in back pay he never received while Edwards employed him. Demonstrating that he indeed suffers from a mental deficiency, Smith said he can’t wait until Edwards goes to prison and that “I want to be there when he go [sic].”

Shame on you, Bobby Paul Edwards. It’s people like you who give a bad name to millions of good, clean-living, white Southern racists.

IDAHO CANDIDATE: BUILD A WALL TO KEEP CALIFORNIANS OUT
Few people realize that Idaho is a beautiful and unspoiled state that has been lionized by some of the world’s most distinguished travel writers. It is also one of the nation’s whitest states, with around 80% of its residents claiming heritage back to Mama Europa.

By contrast, California is less than 40% white, although many of its rich white folks are fleeing to Idaho.

“How long has the rest of the nation been waiting for California to fall into the ocean?”

Although he only garnered 2% of the votes in a recent Boise mayoral election, Wayne Richey struck a nerve with local Idahoans by noting that invading Californians were driving up the cost of living and potentially forcing natives to move to other states. When asked at a candidate forum what he would do to improve Boise if he were king for a day, he said he’d build a $26-billion wall around Idaho to keep the Californians out:

It’s really, really hard to swallow when somebody sells their house in California for $700,000, comes here, buys any house they want in cash and still has money in the bank. Their kids get to go to college. They drive nice cars. And they get to enjoy everything we built over the years. We don’t get to enjoy it, because we’re working 40 hours a week and doing craft shows and doing yard sales.

How long has the rest of the nation been waiting for California to fall into the ocean? Is there any way we could expedite the process and shove it into the ocean?

CHRISTO-FASCIST COUP IN BOLIVIA
Although the story has yet to gain much traction in the American press, a far-right Christo-fascist group assumed power in Bolivia last week, exiling socialist President Evo Morales, the first indigenous leader of a nation whose inhabitants are two-thirds indigenous.

Multi-millionaire populist leader Luis Fernando Camacho invaded the presidential palace only hours after Morales fled to Mexico. With a Bible in one hand, he vowed that the natives’ indigenous religion was no longer welcome in Bolivia’s halls of power: “[I will] return God to the burned palace…Pachamama [a Bolivian earth-mother goddess] will never return to the palace. Bolivia belongs to Christ.”

In the ensuing days, opposition senator Jeanine Áñez—another Christo-Fascist who says the indigenous masses have no place in Bolivia’s government—became the nation’s interim president. Back in 2014, Áñez tweeted:

I dream of a #Bolivia free of indigenous satanic rites, the city is not for ‘Indians,’ they better go to the highlands…

Spanish Christians crushed the great Incan empire 500 years ago but apparently they didn’t finish the job, so they’re back in Crush Mode again.

“PERFECT FAMILY” FALLS APART AFTER DAD DECAPITATES MOM, SLITS DAUGHTER’S THROAT, KILLS SELF
Neighbors in Harlem described Ethiopian immigrant Yonathan Tedla, his Jewish wife Jennifer Schlecht, and their young daughter Abaynesh as the perfect family” up until the point that Yonathan killed all three of them.

Police who arrived at the scene found all three members of the perfect family in three separate rooms: Jennifer had been decapitated with her head placed in her lap, five-year-old Abeysha’s throat had been slit so deeply that her head was nearly severed, and Jonathan was found hanging from a rope he’d tied to a bedroom door.

Apparently the couple’s relationship had soured since their daughter was born and they were in the midst of divorce proceedings. However, Jennifer said that she decided to keep living with him because she didn’t want her daughter to grow up without a father.

No chance of that happening. Now her daughter won’t grow up at all.

BEN SHAPIRO’S EDITOR: “JEW-HATRED IS INHERENT IN THE EUROPEAN DNA”
Josh Hammer is the extremely gay-looking Editor-at-Large of the Daily Wire, a site established by five-foot-tall surly Zionist Ben Shapiro. Like Shapiro, he has no problem talking about ethnostates and his “people” so long as they are Jewish. Also like Shapiro, he condemns the idea that white people so much as deserve a collective identity, much less their own ethnostate.

Jew-hatred is inherent in the European DNA.

Not only does it imply that the impenitent Ziocon Hammer believes that race has a biological component—race realism is verboten in both major American political parties—it also implies he believes that anti-Semitism flows naturally throughout European blood. This is a shockingly racist, horrific, problematic, and unacceptable comment.

First off, what kind of last name is “Hammer”? Aren’t those people forbidden from eating ham? Something stinks about this, and it stinks bad. We have no other choice but to conclude that this “Josh Hammer” guy is actually an Aryan agent planted by Donald Trump’s anti-Semitic Deep State to make Our Greatest Ally look bad.