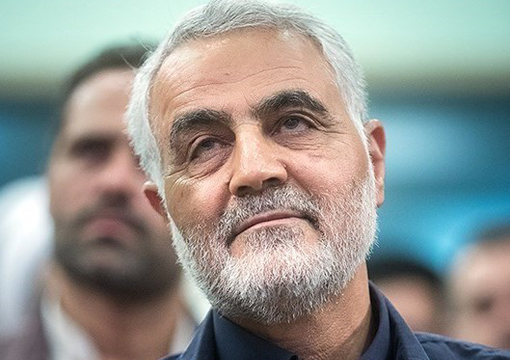 The Week’s Most Obscure, Impure, and Insecure Headlines

A NEW DECADE, A NEW WORLD WAR!
Years before he declared his candidacy for the presidency, Donald Trump made the following tweets:

I predict that President Obama will at some point attack Iran in order to save face! (9/16/13)

Remember that I predicted a long time ago that President Obama will attack Iran because of his inability to negotiate properly-not skilled! (11/10/13)

On Thursday, the Pentagon declared that a US missile had ripped Iranian General Qassem Soleimani to shreds. Soleimani had been a member of Iran’s Islamic Revolutionary Guard Corps since 1988 and was the head of an elite military division known as the Quds Force. He was killed in Iraq, which has never come close to recovering after US military actions ousted Saddam Hussein and rendered the country an anarchic mess.

There were unconfirmed reports that after the assassination, US Marines in Baghdad were actively arresting any Iraqi politician who declared an intent to democratically vote US forces out of their country.

Iranian officials have announced that they will allow the nation to mourn for three days before striking back.

During his presidential campaign, Trump had insisted repeatedly that American military involvement in the Middle East was ill-advised and disastrous.

And now he may have started World War III.

MAYOR BUTTPLUG: LEGALIZE ALL DRUGS
As annoying as Pete Buttigieg is, and as much as he supports insane policies such as decriminalizing the act of having unprotected sex with someone without informing them you’re HIV-positive, every once in a pink moon the smarmy little gerbil-stuffer will adopt a policy that doesn’t sound completely fake and gay.

In a pre-Christmas interview with the Des Moines Register, Buttigieg says he supports the decriminalization of all illegal drugs, which is not the same as legalizing them—violators would still be subject to fines and mandatory drug counseling, but they wouldn’t be locked away for years in the Stony Lonesome, nursing a cancerous grudge against a society so stupid that they think torturing someone will make them better:

The idea that you can criminalize addiction or the idea that incarceration is the right way to handle possession—I think has been disproven by American experience over the course of my lifetime….

I would not have said even five years ago what I believe now, which is that incarceration should not even be a response to drug possession.

We are no fans of addicts. A good case can be made that a chronic alcoholic or drug addict can cause more systemic damage and suffering to those around them than someone who gets violent every ten years.

“We now live in a world where men give birth to babies who were conceived with female sperm.”

But has society benefited from the effective legalization of opiates through the mass-marketing of drugs such as Oxycontin? Are we any better off that children are being force-fed legal speed in the form of Adderall and Ritalin? We don’t have Prohibition anymore, but we still have 88,000 alcohol-related deaths annually.

There’s no easy answer. Drug overdose deaths from illegal substances and prescription pills appear to be at an all-time high. Clearly we live in a society that makes people want to escape from it.

“WOMAN” DONATES SPERM SO THAT “MAN” CAN GIVE BIRTH
The headline in The Sun read, “Transgender man gives birth to non-binary partner’s baby with sperm donated by transgender woman,” a sentence that is crammed with so much unreality, it makes us dizzy.

We now live in a world where men give birth to babies who were conceived with female sperm.

The story expects us to celebrate the sordid little saga of 39-year-old Reuben Sharpe, who was born a woman, just gave birth to a baby about three months ago, and is still genetically a woman—don’t let the beard fool you.

Reuben’s “partner” is a “non-binary” person named Jay. Reuben was impregnated via sperm donated by a “transgender woman” and was inserted into his male womb by a transgender doctor.

We feel pity for the baby and contempt for everyone else involved.

POSH SCHOOLS NIX SCHOLARSHIPS FOR POOR WHITE BOYS
Last year, a black British rap star named Stormzy established a scholarship fund at Cambridge University exclusively for black students. He felt the need to explain that his motives were pro-black and not anti-white.

He argued that since poverty-stricken British white boys tend to perform worse at school than boys from other backgrounds, the scholarship was designed to help the disadvantaged. Boys in the British school system score an average of seven points lower than girls in math and English at grade 5. Only about a third of poor white students of both sexes score passing grades in math and English.

After both schools rejected the scholarship offer, Sir Bryan said:

If Cambridge University can accept a much larger donation in support of black students, why cannot I do the same for underprivileged white British? Winchester said it would harm its reputation by accepting my bequest, but in my opinion it would gain enormously by being seen to address what is the severe national problem of the underperforming white cohort in schools.

Please remember that race is only a social construct—unless white people are being ordered to pay reparations or are being denied rewards. In those cases, everyone can identify a white person in under a minute.

MUSLIM DEMON TELLS LESBIAN TO MURDER HER DAUGHTER VIA TEXT MESSAGE
Is it even possible to be a lesbian Muslim? Doesn’t their religion forbid the eating of shellfish?

An elderly-looking Muslim woman in England named Kiki Muddar somehow hypnotized Polly Chowdhury into taking her young daughter Ayesha and leaving her husband by pulling dirty online tricks such as posing on Facebook as a male lover named “Jimmy.” She even pretended to channel Jimmy’s voice while having lesbian sex with Polly.

Via text message, Muddar used a mythical Islamic demonic entity called “Skyman” to convince Chowdhury that little Ayesha was “evil” and a “witch” who needed to be murdered. Eight-year-old Ayesha’s tortured screams were often heard by neighbors, who also reported that they heard her promising not to be bad. She was subjected to a session of “lengthy torture” before finally being murdered via a blow to the head. She was found with over 50 injuries.

When paramedics found Ayesha’s body, Muddar reportedly told them: “Ayesha is always naughty. She was a naughty child and her mum thought she was possessed by the devil.”

Surely there are Muslim lesbians who are smarter criminals than this?

After the murderous lesbos were convicted, Ayesha’s father told reporters:

It is impossible for me to sum up what has happened in the last couple of years….Our world fell apart. Everything that had happened over the past few years collapsed in a blink of an eye. Our world crumbled right in front of us…For moments in my life I block the world out completely and I try to only think about Ayesha, my princess, her smile, her presence, her words and her kisses….In my heart our princess Ayesha shall forever remain.

The year is young, but that’s the saddest thing we’ve read all year.

A DEAD END FOR DIXIE HIGHWAY?
Sabrina Javellana is a precocious 22-year-old Vice Mayor of Hallandale Beach, FL, and it appears that she will not rest at night until Dixie Highway—which passes through much of Florida—is renamed something like “Freedom Highway,” or at least the part that passes through her town:

Dixie was the term for the South during the Civil War. It was also a song that became the anthem of the Confederacy, with lyrics that were painting a positive imagery of slavery, talking positively of picking cotton. It’s not reflective of the times we’re in.

A similar proposal was tendered in 2017 by a certain Rep. Shevrin Jones of Hollywood, FL, who suggested that the highway be renamed after either Harriet Tubman or Barack Obama.

We suggest they rename it Suck My Dixie Highway and deal with Florida’s innumerable real-life problems. That place is horrifying top to bottom in the present moment, so they need to quit worrying about things that happened 155 years ago.

THE INCEL PLASTIC SURGERY GENOCIDE CONSPIRACY
For the longest time—in other words, the entirety of human history up until about five minutes ago—males considered the inability to find an attractive female mate to be a source of fundamental and crippling shame.

But for many incels—a portmanteau of “involuntary celibates”—the fact that no woman on earth will lubricate them is not their genetic bad luck so much as they are the innocent victims of a conspiracy between government agents, virile males, and, of course, “the feminists.”

On a forum called “Incels.co,” a commenter called Metabuxx—unless he’s a really funny troll—quite seriously suggested that governments refuse to provide plastic surgery—which he calls “looksmaxing”—to low-status males as part of a plan to commit genocide against the poor male beasts with whom no women wish to copulate [republished with typos intact]:

The biggest problem most nations face today is overpopulation and there are very few ways to control it. First one is genocide of subhuman beta males as we are nothing more than biological wastes and our deaths won’t affect the economies of nations at all. …

Government wants the new generation of men to be the descendants of Chads and Tyrones solely and since only 5% of men will be breeding with 100% of foids [slang for “femoids,” AKA “females”], the population is bound to decrease.…

And the government extending its full support to the feminist movement whose primary purpose to put an end to the practices of women cohabiting with beta males further supports my theory. This is the reason why feminists glorify cheating, polyamory, abortions, hookup culture and women who do these things are labeled as empowered and independent….

The reason why governments won’t fund looksmaxing surgeries is because if we get it, we’ll be as good as Chads and foids won’t be able to spot the difference between us and natural Chads. And if some foid mistakenly bred with us our subhuman genes won’t be exterminated from the genepool, which is not what the government wants….

He sounds like a really sexy and well-adjusted young lad. It’s a mystery why women don’t want him.