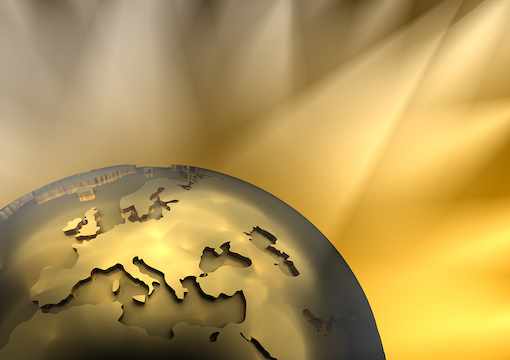 The Week’s Most Insurgent, Convergent, and Divergent Headlines

BEANER COMEDIAN OFFERS TO KILL TRUMP FOR $40 MILLION
So-called “comedian” George Lopez must have had a near-fatal case of acne as a teenager, seeing as how his skin looks like a strip of beef jerky after withstanding aggressive mortar fire. Even though he was born in Los Angeles, he acts like he not only deserves to live in America, but that all the other tiny brown people of Mexican descent actually have something to offer American culture when their accomplishments are considered as a whole.

Lopez’s “jokes” consist of nothing beyond the supremely stale “Did you ever notice that white guys do this when they’re standing at urinals?” routines that should properly be classified as felonious hate speech and should have seen Lopez deported at the very least.

We’ll do it for half.

This is clearly a direct threat to the life of the President of These Right Here United States, and in a simpler and saner time it would have led to Lopez’s immediate arrest and lifelong public humiliation leading to premature cancer and a howlingly painful death.

When “conservatives” online noticed this, “liberals” said something along the lines of, “Well, when your boy Ted Nugent told Barack Obama to suck on his machine gun all those years ago, we didn’t make a big stink about it,” although in reality they made such a big stink that it would have killed everyone, assuming that smells are able to kill.

At press time, Lopez has not been arrested by the FBI; neither has anyone offered him $40 million to kill the president, simply because Mexicans don’t have that kind of dough.

RICKY GERVAIS TELLS “WOKE” HOLLYWOOD TO GO BACK TO SLEEP
Ricky Gervais is a British comedian who strikes us as effeminate, but that might be because all British males strike us as effeminate.

While hosting the Golden Globes for like the dozenth time last week as if anyone ever cared about the Golden Globes, Gervais saw fit to give Hollywood a tongue-lashing for its tendency to support serial sex pests such as Harvey Weinstein so long as they spew the acceptable platitudes about women and racism and Donald Trump. In the midst of insinuating that Jeffrey Epstein didn’t kill himself, Gervais also lambasted the crowd of insufferable finger-pointers for causing human suffering with all their finger-pointing:

If you do win an award tonight, don’t use it as a platform to make a political speech. You know nothing about the real world. Most of you spent less time in school than Greta Thunberg. If you win, thank your agent, thank your god, and fuck off.

In a sane world, George Lopez would be Ricky Gervais’s gardener.

“In a sane world, George Lopez would be Ricky Gervais’s gardener.”

As the Zio-corporate-banking-pedohomo elite try to rally America’s masses to get excited about yet another tedious and likely endless war in the Middle East, only 28% of Americans are even able to “point out Iran on a zoomed-in map of the region.” Men were about twice as likely as women to correctly point out Iran on maps, but that’s because everyone knows that women can’t read maps and are far happier being barefoot in the kitchen with one baby in the oven and another hanging off her teat.

EPSTEIN SUICIDE SURVEILLANCE VIDEO MAGICALLY DISAPPEARS
In case you were some kind of paranoid conspiracy theorist who doesn’t actually believe Jeffrey Epstein killed himself last summer, officials from New York’s Metropolitan Correctional Center have a handy explanation for why there is no video evidence from right outside his cell at the time of his death:

After reviewing the video, it appeared to the government that the footage contained on the preserved video was for the correct date and time, but captured a different tier than the one where [the cell housing Epstein and his cellmate] was located because the preserved video did not show corrections officers responding to any of the cells seen on the video.

Gosh, what are the odds? Well, at least that explains it.

CHAUNCY DEVONTE LUMP: IN TROUBLE AGAIN
The moment that Mrs. Lump made the decision to name her little baby boy “Chauncy Devonte,” she was dooming him to a life of crime. It’s bad enough when your last name is “Lump,” and the mere addition of “Chauncy” makes it so much worse. However, tacking on a “Devonte” will automatically make any jury member think “guilty.” The name “Devonte” should only be used sparingly, if at all.

Baby Lump, who uses the name “BlackMan vs. America” on Facebook, is now jailed in Florida on a $100,000 bond for threatening to kill Donald Trump in retaliation for the recent assassination of Iranian military leader Abu Jabu-Jabibi or whatever his name was.

Lump, who recorded the video less than an hour’s drive from Trump’s home at Mar-a-Lago club, wielded an AK-47 on the video and said that if no one could help him find and shoot Trump, he would have no other choice but to blow up all of Broward County, FL. Even if he were to do so, that would leave 66 counties in Florida, which still seems excessive.

Not that we’re suggesting he do anything illegal, but the world could always do with less Florida.

BLACKFACE MUMMER SAYS HE “AIN’T RACIST”
Philadelphia is a wonderfully crass and horrifically decaying urban colossus that, unlike most American cities, has its own cuisine, accent, and annual New Year’s Parade where a bunch of banjo-playing drunks dressed like glam-era Elton John strut down Broad Street to the delight of the rest of the city’s drunks.

It’s called the Mummers Parade, and like so many other things about Philly, there’s truly nothing like it anywhere else in the world.

Because the Mummers are primarily composed of drunk white guys who play banjos, they tend to be insensitive to modern pieties. The 2016 parade saw two separate scandals involving the sin of mocking Caitlyn Jenner paired with the sin of dressing up as tacos and painting their faces brown. The 2019 installment featured one of the brigades showcasing a black man leading a white man on a leash.

This year, a Mummers group called Froggy Carr faced backlash when one of its members, a certain Kevin Kinkel, wore blackface to honor a recently deceased friend who also had a habit of wearing blackface.

Kinkel also said that he has, on occasion, actually spoken with real-life black people, who fail to see what the big dillio is:

I talk to black people. They told me, ‘What are you talking about? You can wear whatever you want. That ain’t discriminating me. That ain’t racist to me.’ That’s what they tell me….I don’t do this a lot. My friend, he passed away. He wore blackface, so I’m doing this for him. I’ll be done with it after this year. But we ain’t racist and we don’t look for trouble.

It’s a sad state of affairs in America when you can’t even wear blackface to honor a dead friend.

MORE LESBIANS, MORE PROBLEMS
Lesbians are so annoying that we are seriously thinking they should be taxed more than everyone else.

Their divorce rate is twice as high as the gay divorce rate, mainly because women hate one another more than any man could ever possibly hate them.

Lesbian ministers will do obnoxious things such as mock the very name of Jesus Christ by claiming they are in an open sexual relationship with him. But if you dare to mock their lifestyle, they will cast you into the pit of hell—metaphorically speaking, of course. In the real world, God doesn’t even speak to lesbians, much less let them decide who receives eternal damnation.

Lesbian teenagers will do sneaky things such as wear baseball caps, pose as male, and thereby seduce unwitting girls into sexual relationships under false pretenses of actually having a functional penis able to stimulate her insides to the point of climax.