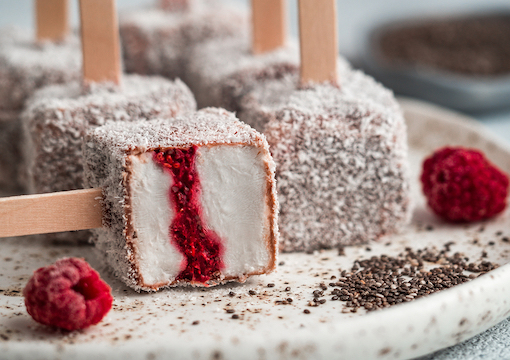 The Week’s Most Frustrating, Irritating, and Infuriating Headlines

Instead of punishing him for such outrageous behavior, society has instead rewarded him. His estimated net worth is around $855 million. We’re not sure exactly how much of that can reasonably be considered as reparations for slavery.

At a pre-Grammy Gala in LA while surrounded by overpaid and undertalented black entertainers with equally outrageous names such as Jay-Z, Beyonce, Cardi B, Ma$e, and Lil’ Kim, Diddy was again unfairly rewarded by society with some kind of meaningless Salute to Industry Icons award.

He diddled and daddled aimlessly for a total of about 50 minutes, and 40 minutes into it he decided to accuse an industry which lavishly rewards talentless black entertainers who have ridiculous names of being racist against black people:

There’s something that I need to say to the Grammys — and I say this with love. Every year y’all be killing us. I’m speaking for all the artists and executives: in the great words of Erykah Badu, “We are artists and we are sensitive about our shit.” For most of us, this is all we’ve got. This is our only hope. Truth be told, hip-hop has never been respected by the Grammys. Black music has never been respected by the Grammys.

As the disproportionately black crowd roared with approval, Diddy cracked his whip and ordered his elderly white chauffeur to drive him back to his underwater mansion in his golden nuclear submarine.

BURNED BY HIS OWN DNA TEST, HUNTER BIDEN FORCED TO FORK OVER CHILD SUPPORT TO ARKANSAS STRIPPER
Last year, Joe Biden made history when he declared his candidacy to become the only person over 100 years old to seriously campaign for president. Then his son Hunter—who allegedly does a lot of drugs and bangs a lot of hos and has that heavy-lidded look that suggests low cognitive functioning—sat on some Ukrainian executive board and now Donald Trump is getting impeached or maybe not or something.

An Arkansas court recently ordered Young Mr. Biden to make child support payments to former stripper Lunden Alexis Roberts, a blonde Southerner who, if you want us to be absolutely brutal, is a little bit too much with both the nose and the teeth there. Although Biden had denied this human pelican’s one-year-old baby is his, the DNA results called him a liar. Although he has pled poverty, he is often spotted driving Porsches around Beverly Hills.

We have a strong feeling that this turn of events will lead to a spiral of recriminations, false accusations, revenge plots, and extortion schemes for a man who is already under tremendous stress due to the fact that he has to change his father’s diapers every six hours.

AUSTRALIAN WOMAN DIES IN CAKE-EATING CONTEST; EXPERTS WORRY IF THIS WILL LEAD TO ANTI-CAKIST VIOLENCE
A sweet and mercifully unnamed 60-year-old Australian woman suffered a seizure and died after she “shoveled a lamington into her mouth” during a cake and meat pie-eating contest at the Beach House Hotel to honor Australia Day.

In case you’ve never eaten one, a lamington is an Australian confection made of little sponge cakes ranging in size from a large sugar cube to a Twinkie. They are typically slathered in chocolate, strawberry, or lemon sauce and sprinkled with grated coconut.

The unnamed author of this column has been to Australia and, yes, in case you were wondering, he has eaten lamingtons before. He can’t understand how these tiny treats could kill anyone. They’re too soft and small. So it clearly wasn’t the cake. It was the shoveling. If you want to get technical, it was the woman’s fault. Yes, it’s a tragedy, but without the shoveling, she’d still be alive. The cake itself couldn’t have killed her.

“It’s a lonely feeling being sane when most of the world has gone crazy.”

All the experts we consulted showed absolutely no regard for the woman who died, even though, as we’ve already demonstrated, it was really her fault. Instead, in unison they expressed concern that this tragedy would lead to an outbreak of anti-cake hate speech and a nationwide outbreak of bakery bombings.

BRITISH DETECTIVE TOLD THEY WERE INSTRUCTED TO LOOK AWAY FROM ASIAN GROOMING GANGS, “GET OTHER ETHNICITIES” INSTEAD
A report based on a two-year inquiry commissioned by the Greater Manchester mayor to investigate “the historic failings of police and social workers” regarding the sexual exploitation of children concluded that girls were groomed and abused “in plain sight.” According to an unnamed detective, investigators were told to ignore the fact that most of the perpetrators were Asian:

What had a massive input was the offending target group were predominantly Asian males and we were told to try and get other ethnicities.

So they were essentially told to look the other way while indigenous British girls were being raped, because the larger public interest involves protecting the feelings of Muslim rape gangs because of “sensitive community issues” or other such balderdash.

Police suspect that at least 57 girls were groomed and raped by an estimated 100 perpetrators. In one case, a 50-year-old man injected a 15-year-old girl with heroin, causing her death.

Why didn’t that case alone lead to torch mobs and looting? Not sensitive enough.

TRUMP’S SPIRITUAL ADVISER DEFENDS “SATANIC WOMBS” COMMENT
President Trump has an official spiritual adviser named Paula White, who, eh, apparently advises him on spiritual matters. We have no idea what sort of spiritual dilemmas Mr. Trump finds himself in, but we’d love to be a fly on the wall during one of his spiritual conversations with this woman whom we will assume he is also banging.

During some old-time-religion whoopin’-and-hollerin’ style spiritual hootenanny at the City of Destiny church in an Orlando suburb on January 5, White was filmed herkin’ and jerkin’ and tellin’ the Devil to take a hike:

In the name of Jesus, we command all satanic pregnancies to miscarry right now. We declare that anything that’s been conceived in satanic wombs that it’ll miscarry, it will not be able to carry forth any plan of destruction, any plan of harm.

Sounds a little controlling. At press time, none of the satanic pregnancies could be reached for comment on whether they followed her command and self-aborted.

Some found her comments strange, seeing as they seem to clash with the whole “abortion is Satanic” line that these types have been peddling ever since Roe v. Wade.

When asked to explain her comments, White said she was talking about demonic fetuses, not human ones. She also accused her detractors of taking her comments “out of context” for “political gain.”

She didn’t appear to realize that her detractors will use the fact that she believes in demonic fetuses against her for political gain for the rest of her life. Mr. Trump, despite how good she might be at oral, you need to fire this daffy dame right now.

DIAGNOSING WHITENESS
Anti-whiteness gives people of all races an excuse to be racist in the name of anti-racism. It’s truly that warped.

Increasingly—even though race doesn’t exist—whiteness is being portrayed not only as a spiritual shortcoming, but also as a psychological and physical ailment.

“On Having Whiteness” is the name of a two-credit course at New York’s Center for Modern Psychoanalytic Studies. It is taught by Donald Moss, author of a book called At War with the Obvious.

Donald Moss will discuss whiteness as a condition one first acquires and then one has–a malignant, parasitic-like condition to which “white” people have a particular susceptibility. He describes the condition as being foundational, generating characteristic ways of being in one’s body, in one’s mind, and in one’s world: Parasitic whiteness renders its hosts’ appetites voracious, insatiable, and perverse; these deformed appetites particularly target non-white people; and, once established, these appetites are nearly impossible to eliminate. Effective treatment requires a combination of psychological and social-historical interventions, which can reasonably aim only to reshape whiteness’ infiltrated appetites – to reduce their intensities, to redistribute their aims, and to occasionally turn those aims toward the work of reparation….There is not yet a permanent cure.

What seems obvious to everyone except Donald Moss is that his language is genocidal, despite how it cloaks itself in a veneer of anti-racism that’s as thin and transparent as onionskin.

A book review in British journal The Lancet—which until now we thought was a medical periodical rather than a propaganda mouthpiece—uses similar genocidal language:

For humans to use whiteness to manufacture access and privilege, they must engineer scarcity and loss. This entanglement between access and scarcity, privilege and loss, means white people’s unearned advantages have always been tethered to a legacy of untold deaths. This is not the result of an emotional positioning, but a structural one. In Dying of Whiteness, Metzl intricately outlines this structural framework but too often anchors it to an emotional foundation his analysis both critiques and depends on. This is perhaps why his conclusion is to “Promote more healthy and self-reflective frameworks…of structural whiteness” when the only solution is to eliminate whiteness all together. [sic]

It’s a lonely feeling being sane when most of the world has gone crazy.