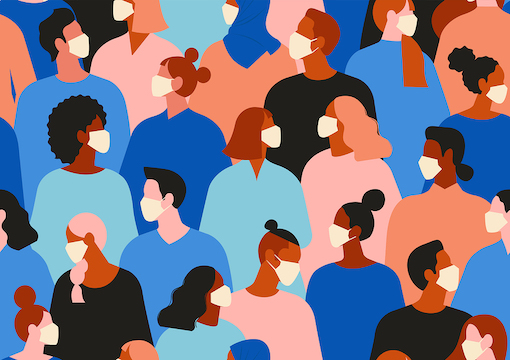 The Week’s Most Enjoyable, Destroyable, and Unemployable Headlines

SELF-HELP GURU CAN’T HELP HIMSELF: JORDAN PETERSON’S RUSSIAN-REHAB NIGHTMARE
Despite a voice that sounds like Kermit the Frog and a tendency to cry uncontrollably on camera as if he’s had PMS for the past 40 years, Canadian academic Jordan Peterson was able to become internationally wealthy and famous because hordes of young men gullibly swallow his self-help advice like a gaggle of ducks gobbling down arsenic-laced croutons. And despite a reputation for tackling tough questions, he actually avoids them because he is to masculinity what Junior Samples was to physical fitness.

His acolytes were undoubtedly shocked to learn a year ago that Peterson had entered rehab because he was so hopped-up on antidepressants and Klonopin that he could barely wipe himself. The level of betrayal they must have felt to learn that their self-help superstar had trouble helping himself was probably akin to the deep disappointment that millions of heavy-metal fans felt to realize that Judas Priest’s lead singer was gay.

Peterson’s daughter Mikhaila—who wears skimpy tops and makes videos about eating meat—has announced that Western doctors didn’t have the “guts” to put her dad through a straight benzo detox. Instead, she and her husband had to shlep his weeping hulk to Russia:

He was put into an induced coma for eight days and had the most horrific withdrawal I’ve ever read or heard about. He almost died from what the medical system did to him in the West….So, finally Dad is on the mend. His sense of humour is back. He’s smiling again for the first time in months, but he has a long way to go to recover fully. He spent four weeks in the ICU, he has neurological damage from the benzodiazepines, which is hopefully temporary….He’s still taking anti-seizure medication, and he can’t type or walk steadily yet. Still, this is a vast and rapid improvement.

It’s good news for Peterson and those who love him and possibly awful news for his career. If you’ve been picked to save the West through self-help lectures but become a helpless drug addict who needs to flee the West in order to save your life, you might want to reconsider your entire marketing approach.

CANUCKS MULL FORCING NEWS WEBSITES TO RECEIVE GOVERNMENT LICENSES
Canada is a giant frozen block of ice—and absolutely nothing else of note—perched jealously about the Most Important Country on Earth.

Its Prime Minister is a goofy nu-male who is likely the product of an illicit affair between his whore of a mom and Fidel Castro. Whatever basic human rights they haven’t already bulldozed to appease the legendarily frail feelings of transgender Muslim otherkin will be stripped right off of your body in due course, just you wait.

Now comes Steven Guilbeault, who as the Canadian Heritage Minister is tasked with wiping away anything noble or honorable about Canadian heritage, to proclaim that the government may soon force news websites and social-media companies to obtain government licenses before they spew another word. In a sprawling report titled “Canada’s communications future: time to act,” the government makes 97 separate recommendations for would-be content providers as if any of the content providers actually asked for their advice. Sticking out like a sore thumb is recommendation #56:

We recommend that the existing licensing regime in the Broadcasting Act be accompanied by a registration regime. This would require a person carrying on a media content undertaking by means of the Internet to register unless otherwise exempt.

Why do they have to register? What have they done wrong? What are you afraid of? When are you going to break down their front doors with battering rams and seize their podcasting mics?

“Name one country that doesn’t control its media.”

Under current laws, Canadian radio broadcasters who focus on music are required to have 35% of their content or more come from Canadian musicians, and if you’ve ever heard Canadian music, you’d realize that this law approaches Soviet levels of cruelty.

It’s very paternalizing and also very frightening to think that the government would try to impose or say that’s the role of the government to control. That puts us in league with countries that control the media.

Name one country that doesn’t control its media. If there’s one out there, it ain’t the USA.

CORONAVIRUS: 630 BODIES AND COUNTING
A week ago, the coronavirus death toll was 300; now it’s 630 and rising.

China—birthplace of the coronavirus and the place where it was possibly invented—is a nation of 1.4 billion people, roughly three of whom are free to speak their mind at any given time. Otherwise, you get clubbed over the head, tossed into a gulag, and have your fingernails removed without anesthesia just for daring to get so uppity.

Li Wenliang is the ophthalmologist who alerted his colleagues about the virus on December 30, only to be rounded up by squinty government thugs on suspicion of “rumor-mongering.” He eventually fell ill with the virus and died early last Friday. And now over 30,000 people worldwide are infected with the virus which he, like a little slope-headed Paul Revere, warned the world was coming.

On Weibo—a Chinese social media site which is like Twitter but even more controlled by the Thought Police—Wenliang was hailed as a hero, only to have every last positive word written about him scrubbed from existence by the propaganda overlords who are doing their best to contain what has become a global public-relations disaster. Even a state-run newspaper and broadcaster scrubbed their announcements of his death when news went viral and it became evident that the actual people of the People’s Republic may have been fonder of him than they are of their own government.

The ChiComs are not quarantining entire cities and brutally punishing anyone who doesn’t offer the official version of exactly what the frickety-frack is going on over there, which is incredibly heartening when you consider that China will likely rule the planet for the rest of this century.

SOCIALISM FAIL: VENEZUELAN GOVERNMENT IS “QUIETLY SURRENDERING CONTROL” TO PRIVATE OIL COMPANIES
Socialism is something that happens when some dimwit somewhere decides that the government should take over everything. It unravels when reality smacks that dimwit in the face, because in a perfect world, the government wouldn’t even be in charge of the government.

Venezuela sits atop the world’s largest oil reserves, but leave it to the socialists to even muck that up.

The country has been a fiery anarchic mess for years now, and because socialists don’t even know how to tie their own shoelaces, its massive oil processing plants had become virtual ghost towns until Evil Foreign Capitalists decided to exploit the unrest by simply movin’ in and pumpin’ oil and shippin’ it out.

According to Rafael Ramírez, a staunch opponent of Nicolás Maduro, who still clings onto power like Betty Broderick clung onto her jail bed, Maduro has gone soft on capitalism:

In the middle of the chaos generated by the worst economic crisis suffered by the country in its history, Maduro is taking actions to cede, transfer and hand over oil operations to private capital.

To mangle a famous Margaret Thatcher quote, “The trouble with socialism is that you eventually can’t even figure out how to drill your own oil.”

GOODBYE HOLLYWOOD CELEBS, HELLO E-CELEBS
Writing in the Spectator, Freddy Gray—no, NOT the black guy whose death sparked those Baltimore riots—states that the latest Academy Awards, whose ratings are down a full third from ten years ago, confirm his belief that “The age of celebrity is dead.”

He mentions that even though the Oscars are more “woke” than ever—Brad Pitt was furious that Trump wasn’t impeached, Natalie Portman bitched that more female directors weren’t nominated, and Joaquin Phoenix, who may be more mental than the character he played in Joker, is sad that all the cows are being killed—people don’t care anymore:

All these people are ridiculous. Nothing they say makes any difference to anything….The internet has killed the Hollywood star. Fame has been disrupted….Instagram, Twitter, and Facebook mean we don’t have to ogle stars anymore; we are too busy ogling ourselves. Yes, different types of celebrities have grown online: the influencers, the YouTubers, the streamers, and they too will try to use their position to grandstand. But the age of celebrity, of mass entertainers mattering as anything other than entertainment, is dying. It won’t be missed.

That’s great, but are e-celebs any better? The day is nigh when we will all be SCREAMING for Joaquin Phoenix to keep crying about the cows.

U.K. EDUCATION SECRETARY WARNS UNIVERSITIES TO STOP HARASSING UNPOPULAR SPEAKERS
Unless you’ve been living in a septic tank, you should be aware that the most intolerant places on the planet are college campuses, where you can be set on fire and clubbed with hammers merely for saying you’re in favor of free speech.

In an article for The Times, British Education Secretary Gavin Williamson says enough is enough, there’s a new sheriff in town, and he will prosecute any scrawny Antifa who’s majoring in Gender Studies who dares to intimidate or silence speakers who dare to offer opinions that upset them:

The right to civil and non-violent protest is sacrosanct. However, intimidation, violence or threats of violence are crimes. Universities must make clear that intimidation is unacceptable and show a zero-tolerance approach to the perpetrators, applying strong sanctions and working with police where appropriate to secure prosecutions.

If universities don’t take action, the government will. If necessary, I’ll look at changing the underpinning legal framework, perhaps to clarify the duties of students’ unions or strengthen free speech rights. I don’t take such changes lightly, but I believe we have a responsibility to do whatever necessary to defend this right.

We’ll believe it when we see it—and we ain’t seen nothin’ yet.