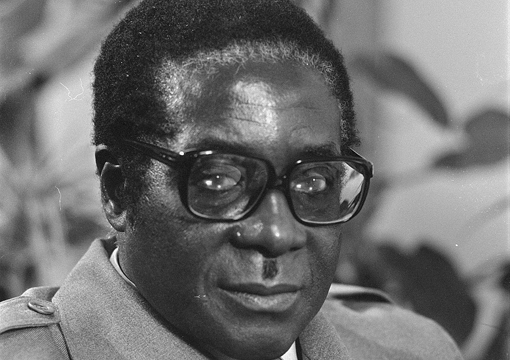 The Week’s Most Contagious, Courageous, and Outrageous Headlines

(This installment of The Week that Perished has been tested and is absolutely free of coronavirus.

KEEPING UGLY PEOPLE DOWN BY ANY MEANS NECESSARY
One of God’s cruelest tricks is that he makes some people attractive and some people ugly—even crueler is the fact that he bequeathed the gift of sight to almost all ugly people, forcing them to spend their lives writhing in agony about how ugly they are compared to the attractive people.

Since progressivism is the art of taking everything that’s undesirable and making it heroic, the globalist shills at the U.K. Home Office recently tweeted that mocking someone’s looks is a hate crime:

No one should be abused and insulted because of the way they look. If you are – it’s a hate crime. Together with @FaceEquality, we are working to stamp out this crime for good.

Accompanying the tweet was a two-minute video showing one dog-faced woman and one mangled-face man after the next decrying the fact that they’ve been abused by mirrors their entire lives. We encourage you to watch it, but here’s the transcript of the entire PSA:

Hi hun … If I was you … I’d kill myself … You ugly ***** … Such a shame about that birthmark … You? You don’t look like a woman … A face only a mother could love … Looks like you’ve been run over by a tank … Your face — no joke … I literally just vomited in my mouth … Is that contagious? … I see you’ve got your Halloween costume sorted … Straighten your face. Oh, wait a minute you can’t … Quasimodo … Freak … Freddy Krueger … Ugly … Elephant Man … Monster … You are ugly as fuck … Every day we get abuse because of how we look … Why do people think that’s ok? … We will fight until every person that looks different is free to walk down the street, post online, and live without fear … Join us … Together we can stop the hate.

Realizing that ugly faces are bad for business, the owners of mega-popular streaming app TikTok gave instructions for moderators to suppress posts from people who aren’t too easy on the eyes.

They even included a handy list of what sort of people to avoid:

• Abnormal body shape, chubby, have obvious beer belly, obese, or too thin (not limited to: dwarf, acromegaly)
• Ugly facial looks (not limited to: disformatted face, fangs, lack of front teeth, senior people with too many wrinkles, obvious facial scars)
• Facial deformities (not limited to: eye disorders, crooked mouth disease and other disabilities)
• The shooting environment is shabby and dilapidated, such as, not limited to: slums, rural fields (rural beautiful natural scenery could be exempted), dilapidated housing, construction sites, etc.

While ugly people are eyesores, mocking them is not a “hate crime”—it is a noble cannon shot fired in a long overdue War for Beauty.

EXHUMING ROBERT MUGABE’S RUBBER PENIS
Besides having a Hitler mustache and overseeing the ritual murder of white farmers, recently deceased Zimbabwean leader Robert Mugabe is mainly known for taking the prosperous nation of Rhodesia and turning it into a roach motel known as Zimbabwe.

We’ve all heard the rumors that Hitler only had one testicle and that this sexual deformity is what fueled his murderous tantrums. What you most likely have not heard is that Robert Mugabe endured a botched circumcision in prison which may have affected his sexual functioning and thus led to his genocidal outbursts.

Whatever Mugabe’s political talents, it apparently never occurred to him that getting his foreskin snipped in prison may have been a bad idea.

But in a new book, former cabinet minister Rugare Gumbo said that he helped give Mugabe moral support behind bars while the tyrant-to-be pouted about his swollen and infected post-circumcision ding-dong:

Mugabe was in the same section as me and he spent a lot of time by himself in his cell….I knew who he was politically so I would go to see him, and we bonded. I appreciated him. He was intelligent, well-spoken and committed to the liberation of Zimbabwe from the whites….Mugabe had been circumcised recently. The circumcision was badly done so his penis would swell because of an infection. He shared this problem with me, and I did all I could to help him. As the clerk I made sure he could change his prison uniform regularly….I would change his uniform three times a week. You were only supposed to change it once a week. He would dress it in front of me and use a razor blade to remove scales on it. It was really bad, and I did all I could to help him manage it….I am saying this to show you how close we became in (Salisbury) prison and how much I liked him.

Mugabe’s only child, a son, died in 1966 while Mugabe was behind bars. After he assumed Zimbabwe’s reins in the 1980s, Mugabe’s enemies made sport of the fact that their leader’s loins had produced no more fruit and suggested that he was not really a man at all anymore. In 2001, a man named George Potgieter was dragged into court after berating his workers by saying they “had no brains because they were being led by a president who had a rubber penis made in China.”

After Mugabe’s bungled jailhouse circumcision, did he eventually have to supplement his sexual functioning with a rubber penile prosthetic? The only way to find out would be through exhuming his freshly interred corpse. People, let’s start an online fundraiser and make this happen.

SNOOPY THE CARTOON DOG ACCUSED OF RACISM
A little over a year ago, we covered the tragic racist scandal that erupted after viewers noticed that when the Peanuts kids sat down to eat dinner in the classic TV seasonal cartoon A Charlie Brown Thanksgiving, it was token black Peanut Franklin who wound up with the crappy chair.

“Don’t trust anyone online—even us. We’re actually far sneakier than we appear.”

Snoopy the dog—the cartoon character who may have actually been more famous than Muhammad Ali, The Beatles, and Burl Ives combined in the 1960s—has his own Twitter account and recently endured a firestorm of complaints after posting a picture of Charlie Brown telling Franklin Armstrong that he’s “one of the good ones.”

Considering the crime rates, what Charlie Brown was actually dog-whistling was the fact that Franklin was one of the statistical minority of black cartoon characters who isn’t constantly raping, murdering, wilding, and impregnating fat white unwed mothers.

Even though that’s clearly a compliment to Franklin, Snoopy eventually backpedaled and offered an apology.

Earlier today a tweet from this account, featuring an image of two friends, was misinterpreted. As this was not the intended message of the post, it has been deleted so as not to perpetuate an inaccurate interpretation. The post was meant as a celebration of friendship.

We expected better of Snoopy. It almost makes one wish that the Red Baron had won their fabled battle in the sky.

FAMILY BUYS HOUSE THAT’S COATED IN METH
When a young couple falls in love, gets married, pops out a few kids, and saves up enough to buy a nice house in a demographically desirable suburb of Phoenix, they don’t expect the entire house to be so saturated in meth that they all get sick just from breathing household air.

But that’s exactly what happened to Allison and Alex Maselli and their three children. Shortly after buying a house in Chandler, AZ, their kids started getting sick, followed by Allison and Alex. It seems that no one had bothered to inform them that the previous owner had died of a meth overdose and that police had found “bag after bag of pills, sticky and white crystal substances, [and] numerous smoking devices” in the residence after the owner went to the Big Glass Pipe in the Sky.

After the house was tested, meth was found on nearly every surface. It was especially prominent in the HVAC ducts.

It was a real gut punch finding that out for me because you live your whole life to protect your kids. To find out that you bought a house that’s toxic that is making all of us sick just was really kind of devastating for me.

It would have been a great pick for a family of tweakers—all that stash built-in for no extra cash. We’re going to blame the real-estate agent for this one.

ANOTHER HATE HOAX: DROWNED MIGRANT BOY IN VIRAL PHOTO WAS MURDERED BY TRAFFICKERS
Unless you’ve been living a mentally healthy life that doesn’t involve burying your nose in a smartphone and drooling mindlessly for 20 hours a day, you’ve likely seen the viral 2015 image of three-year-old Syrian boy Alan Kurdi lying dead on a beach.

The photo was almost always presented without context, but nearly everyone understood it as an indictment of the xenophobic Western powers that won’t let an innocent little boy land on their shores without sadistically drowning him and then posting snapshots of it.

However, it turns out that Kurdi was not murdered by Western hooligans or Western authorities—instead, he was killed by three Turkish human traffickers, who were recently sentenced to 125 years in prison for the slaying.

Don’t trust anyone online—even us. We’re actually far sneakier than we appear.

In 2015 he was handed a 12-year sentence after kidnapping a woman and all four of her children, setting their home on fire, and beating four youths—one of them to death. Clearly the guy is a hothead.

But he only served four years of his sentence and was released in December—only to prove that he is obviously still dealing with unresolved anger-management issues.

He was recently arrested after an alleged “axe rampage” after breaking into the Thembu royal palace and acting completely bonkers. According to one witness:

He was carrying weapons such as [an] axe, a machete and also a crowbar. He managed to break a window from the sitting room of the main house….As he was moving up the stairs looking for the acting king, some people managed to distract him and then the acting king managed to jump out of a window, running for safety….He has wreaked havoc in the palace…he started ransacking the king’s room, all confidential documents – he threw them around.

Hopefully in prison, rather than getting raped and contracting AIDS, he will seek the proper counseling and medication that sets him on a path toward wholeness and prosperity. Then again, this is South Africa, where it’s always a good idea to lower your expectations.