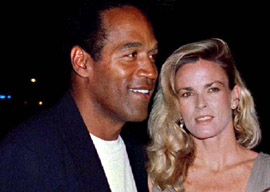 Why do the human sciences record pervasive behavioral differences among racial groups, such as in violent-crime rates?

One explanation is that these disparities originate in complex interactions between nature and nurture.

But, of course, only dangerous extremists hold that theory.

The much more respectable sentiment is that statistical differences among the races are the fault of bad white people, such as George Zimmerman and Minnesota policeman Jeronimo Yanez.

Last week, on his way to Warsaw on Air Force One, President Barack Obama was looking at social media. According to The New York Times, he alerted his press secretary that:

He had decided to make a statement himself as soon as they landed, and had told his aides to collect statistics demonstrating racial bias in the criminal justice system.

Now, you might think that’s putting the cart before the horse. Perhaps the administration should objectively evaluate the evidence first, rather than order its media flacks to dredge up some data justifying the president’s prejudices?

But that would be wrong. Everybody knows that culture or evolution can”t have anything to do with hereditary racial differences in performance. If you even consider those possibilities, you must be one of the bad white people you”ve been warned about.

Instead, we know that science has proved that statistical differences among the races are all due to a vast conspiracy to plunder blacks. Nothing makes 21st-century people who think they are white richer than having a lot of black bodies around. Just ask MacArthur genius Ta-Nehisi Coates. He”ll tell you.

“Why are there all these puzzling statistics that don”t agree with the stereotypes promoted by our national leaders?”

And yet, here’s a statistic published in 2011 that doesn”t support the Coates-Obama orthodoxy:

In other words, young black males are about 27 times more likely to kill somebody than the average American.

Interestingly, that datum comes from the Obama administration’s Bureau of Justice Statistics, which published a report entitled Homicide Trends in the United States, 1980″2008.

One reason young black males are disproportionately homicidal is that they are young (homicide rates are highest among 18- to 24-year-olds). Another factor is that they are male (according to the BJS, “Males were 7 times more likely than females to commit murder in 2008″).

That the police keep a warier eye on men than women and the young than the old is never seen as offensive. It’s just common sense.

Yet profiling blacks as tending to be more threatening than whites (not to mention Hispanics or Asians) is the worst offense imaginable under today’s ruling ideology. For instance, the day after the Dallas antiwhite atrocity, the first two policy responses that Hillary Clinton recommended in an interview with Wolf Blitzer were: “National guidelines for police about the use of force” and “We need to look more into implicit bias.”

(I realize that Hillary feels she must agitate urban blacks to achieve the turnout she needs in Cleveland and Philadelphia, but shouldn”t she try to be more artful about it? What if other voters notice what she’s up to?)

The “almost 8 times higher” ratio is actually understated for two reasons: First, Hispanics are largely lumped in with whites. Second, while 23 percent of homicides with white or Hispanic victims are uncleared, 40 percent of the cases with black victims remain uncleared, with no offender identified. (Snitches get stitches.)

So the actual black-white homicide offending ratio is likely over ten to one.

In case you are wondering, the Obama administration has not updated its homicide offender statistics since 2011. In 2013, the same researchers did put out another homicide report, but it conveyed only trends in who was being murdered. The more politically incorrect homicide offender statistics were dropped. (Printing just the victimization statistics allows BLM supporters to more conveniently fantasize that blacks youths are being gun down in large numbers by whites”delusional paranoia about whites is the KKKrazy Glue holding together the coalition of the fringes.)

While blacks made up 52.5 percent of homicide offenders from 1980 to 2008, they make up a little under one-third of the victims in police shootings.

Why is there a pro-black disparity in police shootings relative to lethality?

My guess is that it’s not due to a massive covert effort by police departments to shoot more nonblacks.