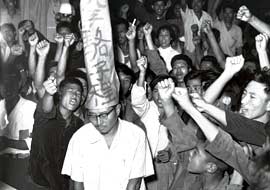 The Week’s Most Aggravating, Exasperating, and Humiliating Headlines

Public shaming was a psychological cornerstone of communist societies. Although framed as “self-criticism” in both the Soviet Union and Red China, it most often manifested more as craven submission to group pressure rather than legitimate introspection. In practice, it involved a self-negating capitulation to the hive mind. In China during the 1950s, even abject groveling did not spare thought criminals, who were executed by the millions despite their public confessions.

In modern America, such ghastly, mob-mentality “struggle sessions” don’t revolve around perceived class enemies so much as they do our post-racial society’s main scapegoat, the Evil White Male. To gain any traction in public discourse, one must either be a white male who is constantly apologizing or a nonwhite male or female who is endlessly demanding apologies from white males. And anyone who deviates in the slightest from this scenario is subjected to relentless gaslighting.

Blacks, no matter how exalted their political or financial standing, are applauded for bashing the white-male piÃ±ata at every turn. Last week, serial Congressman and perennial tax cheat Charles Rangel likened Tea Party activists to segregationists, smearing both groups as “white crackers.” Actor Harry Belafonte also scapegoated the Tea Party”rather than the countless nonwhite groups who openly agitate for their own racial interests”for fomenting “racial animus” in the nation. And billionaire Oprah Winfrey, in the same interview where she clamed that Americans “don’t know diddly-squat” about their history, implied that “millions” of blacks had been lynched rather than 3,446 of them.

Half-black Gawker editor Cord Jefferson wrote an article about the “White Culture of Lawlessness” that was a pseudo-Swiftian dig at anyone who dares mention statistics regarding black crime. He cited an FBI study (page 13) that says 84% of white murder victims are killed by other whites, and he linked to an unsourced pamphlet that claims most white rape victims are victimized by other whites. He neglected to mention that the same FBI study says that 93% of black murder victims are killed by other blacks, which, if you understand math, means that white murder victims are 228% more likely to be killed by members of another race than are blacks. Mr. Jefferson also didn’t note that government statistics from 2005 suggest that around 37,460 whites were raped by blacks, while “ten or fewer” blacks were raped by whites (page 55).

Put that in your snark pipe and smoke it, Jefferson. And if Gawker’s smarm-muffins are serious about having an “honest conversation about race,” maybe they should “diversify” their news coverage and write about things such as the hate-crime hoax that resulted in a criminal conviction last week.

Salon’s Joan Walsh, author of What’s the Matter with White People?, was taken to task last week for using her delicate white fingertips to Tweet of her horror over eavesdropping upon what seemed to be an honest conversation about race on a New York subway between “2 chiseled porcelain” students who stubbornly refused to wear hairshirts about their “white privilege.”

At least Philadelphia Eagles wide receiver Riley Cooper said he was “disgusted and ashamed” with himself last week for using the word “nigger,” even though such public acts of self-flagellation aren’t likely to lead to redemption in the public eye. An official NFL statement regarding Riley’s N-bomb said the league “stands for diversity and inclusion””except, of course, for those who divert in the slightest from the culturally mandated program.