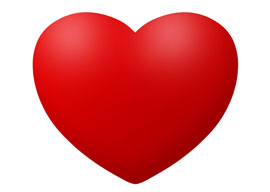 The Week’s Most Reactive, Unattractive, and Putrefactive Headlines

SOUTHERN WORKERS TELL UNION: “DROP DEAD”
The American labor movement”or whatever’s left of it”was dealt a knee to the groin last Friday when workers at a Tennessee Volkswagen plant voted 712-626 against allowing the United Auto Workers to represent them.

The UAW reportedly spent “two years and millions of dollars” trying to woo the Volkswagen employees and thus establish a toehold in the notoriously union-hostile American South. To make matters even more humiliating, dispiriting, and emasculating for the UAW, Volkswagen had cooperated with the union as it tried selling itself to the workers. Still, the workers weren’t buying.

Notably, this election took place on a secret ballot. Last fall, a majority of VW workers reportedly signed cards in support of unionizing, but that was a public ballot.

It apparently took a one-word propaganda campaign to convince a majority of workers that the UAW would not ultimately serve their best interests. That word was “Detroit.”

Michigan-born UAW President Bob King came down South to blame “outsiders” for influencing the election. Such “outsiders” included Tennessee politicians and, of course, the Koch brothers, who to their credit possess a magical ability to buy elections even though they always seem to be massively outspent by…unions.

THEIR BLOODY VALENTINES
Though it is likely that most Americans who celebrate St. Valentine’s Day do so in a wholesomely romantic manner, lonely hearts in search of love should beware of romantic scams and burglars posing as flower-delivery boys that lurk in the shadows eager to befoul what should be an unsullied holiday dedicated to romantic affection.

NaÃ¯ve lovers both young and old should therefore skip this paragraph and ignore the stories about the couple who spent Valentine’s Day in an Indiana jail, the Arizona inmate who broke out of prison to eat a romantic Valentine’s dinner at the Gallopin’ Goose Saloon, the young Floridian accused of killing his girlfriend of only four days on Valentine’s Day, the Indianapolis woman shot by her boyfriend on Valentine’s Day, the 72-year-old woman who allegedly stabbed a Valentine balloon and herself after arguing with a boyfriend, and a hail of Valentine’s Day bullets in Kingston, Jamaica that ended with four people shot and a 17-month-old child dead.

RAPE, SHE LIED
After a very strong harvest”one might even dare call it a bumper crop”of false-rape stories in January and early February in both the UK (here, here, and here) and the USA (here and here), the purportedly mythical phenomenon of false rape accusations kept chuggin’ full-steam ahead last week. A Florida woman stands accused of fabricating a rape story “in harrowing detail…because she did not show up for work at her great uncle’s house and did not want to get in trouble.” A 25-year-old New Hampshire woman received a deferred jail sentence after falsely accusing a man of rape because she was “embarrassed” that she’d consented to sex with him. A 16-year-old Ohio girl is accused of falsely posting on Facebook that she’d been kidnapped and was being threatened with rape and murder. A series of “rape hoax letters” distributed on car windshields in England described in “graphic” detail a pair of sex attacks that, as luck would have it, never happened.