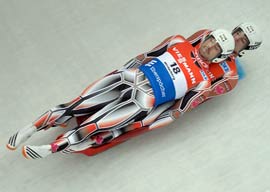 The Week’s Most Political, Hypocritical, and Sodomitical Headlines

WILD IN THE STREETS
Police and antigovernment protesters clashed on streets across the globe last week. In all instances except one, the police emerged victorious.

Violence continued in Venezuela in protests that so far have left at least eight dead and over 100 injured. US Secretary of State John Kerry condemned the Venezuelan government’s actions as “unacceptable,” as if anyone had asked him to accept it.

In Bangkok, four people died and over 60 were injured in violent skirmishes between police and demonstrators.

In Egypt, 22 were injured in a battle between soccer fans and police.

Chinese authorities cracked down on “silk-clad dancers” during a “traditional dragon dance” in the Hainan province.

“Everyone can agree that the most important thing about sports is whether or not homosexuals play them.”

French police in Nantes used a water cannon and tear gas to break up a crowd of nearly 1,000 rioting “radicals” who were smashing shop windows in protest of a proposed airport.

The sole instance in which the protestors won was, of course, in Ukraine. President Viktor Yanukovych fled eastward but was allegedly blocked from boarding a Russia-bound plane. Former Prime Minister Yulia Tymoshenko”possibly the foxiest head of state in world history”was released from jail and addressed cheering throngs in the center of Kiev.

NUTTY STUDIES AND NEWS FOR JEWS
A Brookings Institution study has found that “income inequality””that bugaboo that wealthy progressives everywhere seek to remedy”is, ironically, most pronounced in progressive-led American cities such as New York and San Francisco.

As if you didn’t already know it, Americans are a fat, disgusting nation of lazy couch potatoes who rarely exercise. A Mayo Clinic study reveals that on average, obese American women engage in vigorous exercise for a total of 11 seconds per day, which may or may not have something to do with opening and closing the refrigerator.

The Washington Post reported on studies from 2011 and 2013 that concluded blacks and Latinos “hold deeply entrenched anti-Semitic views” at rates roughly three times higher than whites and Asians. This is noteworthy especially since most American Jewish racial animus seems squarely aimed at white Christians rather than nonwhite minorities.

THAT’S CONTROVERSIAL!
Arizona’s House of Representatives passed a “controversial” bill permitting business owners to deny service to homosexuals provided the owners express they are doing so on religious grounds. CNN called the bill “anti-gay” rather than “pro-religious.” Freedom of association is apparently now a radical idea.

In Asheville, NC, the school board has drawn “heated controversy” for a law that commits the high heresy of suggesting that teachers should not automatically be tenured for life.

The “controversial Russian punk band” Pussy Riot was, eh, pussy-whipped by militia members as they attempted yet another of their publicly disruptive performances in Sochi during the Winter Olympics.

A mini-uproar has emerged at the proposal that deceased actor Charlton Heston, pilloried by the left for supporting the Second Amendment, should be honored on a US postage stamp. It is to be assumed that the same whine-mongers made nary a squeak about the Malcolm X stamp and a proposed Harvey Milk stamp.

The state of Georgia doubled up on the controversy last week by approving a gun bill allowing concealed carry in “places of worship” and a “controversial” license plate featuring the Confederate battle flag as its background.

The eternally controversial rocker/gun activist Ted Nugent finally apologized for calling Barack Obama a “subhuman mongrel” in January. Interestingly, most press outlets seemed to ignore the “subhuman” part and instead focused on “mongrel.” Technically, Obama is indisputably a mongrel.