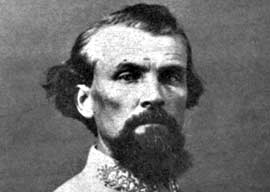 The Week’s Most Dreadful, Fretful, and Regretful Headlines

GAY ACTIVIST FAKES HIS OWN ABDUCTION
Adam Hoover has been a vocal”or, if you prefer, shrill”gay-rights activist in Ohio since before he was legally an adult. Shortly after midnight one night last week the self-proclaimed “equal rights fighter” took to social media claiming he had been kidnapped. Saying that his assailant had stuffed him into the trunk of his own car and planned to kill his family, Hoover posted his family’s home address and phone number on Facebook and Twitter, begging for people to summon help. He said he didn”t dial 911 for fear that his abductor would hear him.

Hoover’s messages led to a flurry of concerned posts on social media, as well as numerous calls to his parents and local police. While a multi-state search was underway, Hoover showed up shivering and sobbing at the front door of a local house, whose residents allowed him to make a hysterical call to 911.

Police soon arrived to find Hoover unharmed. His car had been abandoned nearby. After interrogating him for an hour”during which Hoover told them that three black men had abducted him”police concluded that his story was entirely fraudulent. Hoover caved in and admitted he”d fabricated the entire tale. He was sent for mental evaluation and is being charged with making false claims”a first-degree misdemeanor.

Why, oh, why, would someone do such a thing? Gay blogger (glogger?) Dan Savage was atypically insightful:

There have been too many instances of LGBT people faking hate crimes”way too many….Victimhood has a perverse and alluring currency in LGBT activist circles….

Victimhood used to be considered a matter of shame rather than pride. No longer. So long as one gets attention, sympathy, lollipops, and in many cases lavish court settlements for claiming to have been victimized, expect such hate-crime hoaxes to keep happening.

“Victimhood used to be considered a matter of shame rather than pride. No longer.”

ALLEGED HOLOCAUST SOAP BAR PULLED FROM eBAY
A bar of soap alleged to have been manufactured in a Nazi concentration camp briefly appeared for sale on eBay before Dutch authorities blocked the auction and summoned the vendor in for questioning. He handed over two bars of the soap to Dutch police, who have sent them to a laboratory to determine whether they contain any human fat.

The idea that Nazis mass-produced bars of soap made from the fat of Jewish concentration-camp victims has largely been dismissed as a myth.

Ron Eisenman, spokesman of an organization for Dutch Jews, said, “It is saddening and disgusting to find out there are people interested in gaining money from the Holocaust.”

No argument there, Ron.

The only white man you can trust is a dead white man.

Our party must continue to strike fear in the heart of the white man, our real enemy!

Despite such clearly genocidal statements, and despite the fact that he famously turned the country formerly known as Rhodesia from Africa’s breadbasket to Africa’s basket case, in late January he was selected as the Chairperson of the African Union, which represents 54 African states.

Mugabe is also famous for enabling the mass expulsion and murder of the nation’s white farmers to the point where fewer than 300 members of this endangered species still remain. Now it appears as if he’s gunning for the rest.

At his 91st birthday party in Victoria Falls”a shindig which reportedly cost $1 million, which is equivalent to the annual income of nearly 2,000 Zimbabweans”Mugabe spoke ominously of seizing white-owned land used for animal safaris:

Zimbabwe has lots of safaris but very few are African. Most are white-owned….We are now going to invade those forests….We don’t need the white man to continue to guide us.

You”ve done wonders with your country already, so let us know how that all works out for ya, Bob.

WHITE FLORIDA MAYOR BOYCOTTS “BLACK HERITAGE” EVENT BECAUSE HONOREE IS WHITE
Jean Robb, the dusty and pinched-face white female mayor of Deerfield Beach, FL, announced last week at a tumultuous public meeting that she would not attend Saturday’s Black Heritage and Women’s History Month banquet because one of the half-dozen award recipients is white. She pledged solidarity with black city residents who also planned to boycott the event.

Ben Preston, the city’s black male vice-mayor and the banquet’s MC, criticized Robb’s decision. “Color should not enter into this thing at all,” he said about an event that includes the word “black” in its very name.

The white honoree, a woman named Avis Swenson, left the meeting in tears while screaming “I am a person!” She was reportedly taunted by black women in the parking lot, whereupon she replied, “I am a woman. It is a shame you cannot see that.” Sheriffs escorted Swenson to her car.

Ahh, diversity. One wonders whether Rodney King’s famous question during the LA riots was merely rhetorical.