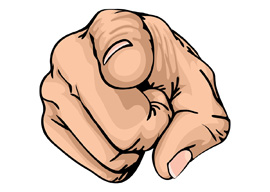 LEFTIST JOURNALISTS AND THE WOMEN THEY CLAIM TO GROPE
It is one of life’s sublime pleasures to see a self-described truth-digging “journalist” get hoisted on his own petard. It’s even more pleasurable when there are two such “journalists.”
Enter Mark Ames and Matt Taibbi, two champagne socialists who were both born with silver rectal thermometers. Taibbi is the son of NBC reporter Mike Taibbi, which is likely the only reason Matt got a media gig in the first place. Ames, despite his claims to have lived in “poverty,” was reared in the sheltered enclaves of Saratoga, CA, one of those “six-figure zip codes” that so chafes the thighs of wealth-inequality grievance-mongers from coast to coast.

In the 1990s, these two would-be working-class heroes were miraculously able to scrape up the means to move to Russia and start their own English-language newspaper, which they called the eXile. The paper featured headlines such as “WE’LL FUCK YOUR KIDS.”

One article described how the staff’s female workers were being forced into giving Ames and Taibbi oral sex in exchange for employment:

Another passage—written under Ames’s byline rather than a pseudonym while he was in his early 30s—describes his excitement when learning a peasant girl he was about to despoil was fifteen rather than sixteen:

When I went back into the TV room, Andy pulled me aside with a worried grin on his face. ‘Dude do you realize…do you know how old that Natasha is?’ he said. “‘Sixteen?’ “‘No! No, she’s fif-teen. Fif-teen.’ Right then my pervometer needle hit the red. I had to have her, even if she was homely.

When taken to task for such passages by the Chicago Reader in 2005, Taibbi blamed it on his “conspicuous moral deficiencies.”

“One can never underestimate the pervasiveness of psychological projection among those who make a habit of pointing fingers at others.”

But now, after being questioned about such lurid passages during a speaking engagement at Harvard Bookstore, Taibbi is claiming it was all “fictional and not true…not a biographical reality…a giant satire.” That claim might have some credence except for the fact that at the beginning of the eXile anthology book is this passage:

This is a work of nonfiction. While all of the characters depicted in this book are real, certain names and identifying details have been changed.

For his part, Mark Ames—who has a speech impediment and effeminate manner that combine to make him sound like a Valley Girl with a lisp—is claiming he’s the victim of “smears” by bad people, including one former and one current writer for Taki’s Mag. Mind you, this is someone whose entire career as a “journalist” consists of nothing beyond smears, innuendo, ad hominem, appeal to motive, and guilt by association. Unfortunately for Ames, his own ex-coworker on the eXile, Owen Matthews, chided Ames in a 2000 article for The Moscow Times for not having the “balls” to admit he hid behind a pseudonym while describing his actual rape of a girl he found in a club. Neither Matthews nor The Moscow Times was ever sued for this bold allegation, which was made years before anyone on the Taki’s Mag staff was even aware that Mark Ames or Matt Taibbi existed.

While Ames wallows in obscurity, Matt Taibbi is back as a staff writer for Rolling Stone, which permanently discredited itself after its disastrous “A Rape on Campus” story turned out to be entirely fraudulent. Taibbi returned to Rolling Stone after leaving Glenn Greenwald’s The Intercept in the wake of a female staffer accused Taibbi of being “verbally abusive and unprofessionally hostile.”

Whereas Rolling Stone was nearly buried for publishing a story about a rape that didn’t happen, now it has to contend with its staff writer denying sexually abusive behavior that he documented in a book which claimed to be “nonfiction.”

We, but of course, would hate to see Taibbi and Ames strangled to death with a noose made of their own words.

DANCING WITH CORPSES IN MADAGASCAR
Since all cultures are equal, you should be neither shocked nor disgusted to discover that in Madagascar, there’s an annual ritual where celebrants dig up their dead relatives’ corpses and dance with them. Now comes news that health officials are warning locals that by doing so, they may be subjecting themselves to pneumonic plague, which has killed 124 Malagasies since August. Many locals suspect a government plot to subvert their culture and refuse to heed such warnings. According to one woman, she’s danced with dead relatives’ cadavers on fifteen separate occasions and has yet do die.

But you know how the saying goes—sixteenth time’s the charm.

TEACHER’S AIDE ACCUSED OF PURPOSELY INFECTING STUDENTS WITH H.I.V.
Maryland officials have arrested a thirty-year-old middle-school teacher and track coach on 206 counts of sex abuse of children aged 11 to 17. Among these counts are five charges of purposely attempting to infect the children with HIV. In other words, a teacher’s aide is charged with attempting to give kids AIDS.

Carlos Deangelo Bell faces a life sentence. If he had a lick of sense, he would have been working in California, which recently downgraded the act of purposely infecting someone with HIV from a felony to a misdemeanor.