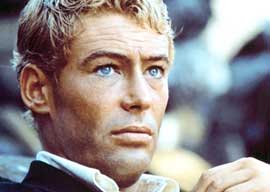 The Week’s Most Lurid, Florid, and Horrid Headlines

A VERY CRIMINAL CHRISTMAS
As the world girds itself for another Christmas”with quirky regional twists on the festivities such as Catalonia’s scatological Yuletide, a giant flammable Swedish goat, and a mad rush for KFC in Japan“America’s richly diverse cultural tapestry is celebrating the holidays with crimes of increasing severity.

On Long Island, a theft of Nativity figures is being investigated as a hate crime. In Panama City, FL, a man stole cash from a fund intended to buy Christmas presents for needy children. An extraordinarily detailed and hyper-specific description of the suspect should make it easy to nab him:

Police said the suspect is a black man, between 5-foot 7-inches and 6 feet tall and 150 to 195 pounds. He was wearing a dark colored jacket and dark jeans.

In Los Angeles, a Christmas toy drive attended by an estimated 1,000 patrons at the Radisson Hotel near LAX was disrupted when members of two black fraternities allegedly engaged in “a violent brawl.”

Parents in Magnolia, AR, were offended about a play called “Gangsta Claus” performed by students at a local high school. The play allegedly “included scenes portraying people being killed, including Santa Claus himself and a Walmart clerk.”

A night of Christmas shopping at an upscale New Jersey mall ended in the murder of a white man who was trying to protect his wife during a carjacking. Their Range Rover was reportedly found the next day “in an alley behind an abandoned Newark house.” Police arrested four black men in connection with the crime, three of whom have a history of prior arrests for “serious crimes.”

LESBIAN BIGOTRY AND GENDER CONFUSION
A male gym teacher in Manhattan has filed a lawsuit alleging discrimination at the hands of Pat Krieger, a “lesbian athletic director” with an admittedly perfect name for a lesbian athletic director. Gregory Kenney claims that Krieger routinely discriminated against him and other married heterosexual breeders in favor of lesbian coaches and their astringently barren wombs.

Paris Green, formerly known as Peter Laing, a convicted murderer who allegedly stood over his victim’s corpse blithely eating ham sandwiches with his accomplices, is being removed from his all-female prison. The following lede paragraph from an Australian branch of the MSN network encapsulates all that is insane about modern attempts to deny gender essentialism:

A pre-op transsexual from the UK who still has male genitalia who was sent to a women’s prison for murder has since been moved to a different prison because of claims she was having sex with female inmates.

A North Dakota judge has ruled that since his state doesn’t recognize same-sex marriage, it would be perfectly legal for a man who’s still married to another man in another state to apply for a marriage license if he wanted to marry a woman in North Dakota.

DEFACING BILLBOARDS IN THE NAME OF LOVE
A billboard in Harrison, AR that features “the mantra””i.e., “Anti-Racist is a Code Word for Anti-White””was vandalized by a group who painted over “Anti-White” with the word “love.”

The increasingly aggressive and litigious Freedom From Religion Foundation is suggesting that hate-crime charges be filed against whomever was spotted attempting to torch a New Jersey billboard they sponsored that read “Keep Saturn in Saturnalia.”