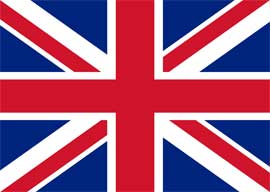 The Week’s Most Quixotic, Robotic, and Idiotic Headlines

WORLD RECOILS IN SHOCK AND HORROR AS BRITAIN VOTES TO BECOME BRITISH AGAIN
Because English voters are small-minded, xenophobic, Islamophobic, pasty-skinned, elderly cretins stubbornly clawing onto the wrong side of history, they ignored the dictates of their betters and voted to leave the European Union on Thursday. On Friday morning, progressives soiled their diapers across the planet at the thought that anyone would be so hateful and uninformed as to think that a monstrous and largely undemocratic financial/political organization that is flooding one’s nation with hostile rapist outsiders and sadistically taunting indigenous Britons about their demographic extinction might not have the natives’ best interests in mind.

Britain’s exit may have a domino effect, as rumors are swelling that “France, the Netherlands, Austria, Finland and Hungary could leave.”

On Friday, American President Barack Cocaine Obama mentioned the Brexit decision in passing while giving a speech at the Global Entrepreneurship Summit. He referred to the “fears” that globalization invokes among the “old boys’ network” as the world stretches and grows and fertilizes its labor pool with all those virtuous nonwhites and women and minorities who must constantly struggle against the throwbacks and yahoos who in their fascist hatred are standing up to resist “this process of global integration.”

The people of the United Kingdom have exercised the sacred right of all free peoples. They have declared their independence from the European Union and have voted to reassert control over their own politics, borders and economy….Come November, the American people will have the chance to re-declare their independence. Americans will have a chance to vote for trade, immigration and foreign policies that put our citizens first. They will have the chance to reject today’s rule by the global elite, and to embrace real change that delivers a government of, by and for the people.

Obviously one would have to be an entitled bigoted bully to pick on an oppressed minority such as “the global elite.”

“Obviously one would have to be an entitled bigoted bully to pick on an oppressed minority such as ‘the global elite.’”

VIBRANT MOBS TORTURE WOMAN ON PARIS STREET
In Paris, France”Europe’s glittering metropolitan diadem that is widely considered the world’s most beautiful city because it’s where Muslims commit mass murder against magazine editors and concertgoers“a female tourist was beaten and tortured by “marauding youths” on Wednesday near a police station.

According to an unidentified British witness, “The screams were blood-curdling, especially as the police had pretty much given up for the evening.” After rising from slumber the next morning, police at the Les Halles station claimed they “knew absolutely nothing” about the mass assault.

AFRICAN-AMERICAN LESBIAN VEGAN SEEKS TO RADICALLY TRANSFORM JUDAISM
Sandra Lawson is a black-skinned and square-jawed woman who exclusively enjoys the sexual company of other women and refuses to eat anything containing the flesh or bodily secretions of animals. As if it wasn’t difficult enough being a black lesbian vegan”in Philadelphia, no less”she is also a rabbinical student. She may be the world’s only black lesbian vegan Jewish Philadelphian, but for her this is problematic rather than a bragging right. “When I Google “rabbi,” I want to see more than bearded white guys,” Lawson recently kvetched to the Times of Israel.

We concur with Lawson that we as a society haven’t even yet begun to achieve racial justice until you see more black lesbian vegan Philadelphians when you Google the term “rabbi.”

CATHOLIC CANUCKS CONTINUE GETTING FLOGGED
Even though The Holy Bible is quite clear that God is a raging homophobe who wants to toss all gayrods and lezzies into the Lake of Fire where they’ll shriek in vain for all eternity, much of modern Christendom has become infected with the KultMarx virus to the point where the Lord’s followers now condemn “homophobia” rather than homosexuality.

In Ontario, Canada, a Catholic school board has enacted a policy wherein students would be expelled for expressing “homophobia.”

And in Montreal, Catholic Archbishop Christian Lepine has decreed that priests will henceforth be forbidden from being alone with children.

The Catholic Church is clearly allowing itself to be crucified in the service of a new secular god.