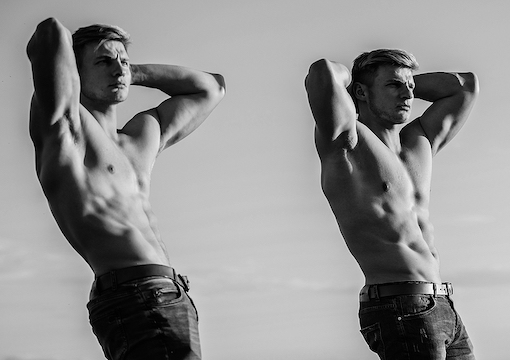 Say you have an athletic child in middle school: Specializing in which sport in high school would make it most likely for your son or daughter to earn a college scholarship? The new self-help book from data scientist Seth Stephens-Davidowitz, Don’t Trust Your Gut: Using Data to Get What You Really Want in Life, which attempts to be “Moneyball for your life,” crunches the numbers on this and other intriguing topics.

The first question is whether your child has any particular genetic blessing from nature. Or would your scion have to make it on specialized nurture alone? For example, if your son is on track to grow to be more than seven feet tall, then basketball is of course a good bet: About one in seven of the tiny number of American men over seven feet make it to the NBA.

Stephens-Davidowitz has a clever way to estimate how genetically determined success is in different sports: What proportion of siblings at the highest level are identical twins? For example, the NBA has had ten pairs of twins in its history, with at least nine pairs being identical. Of all the fraternal twosomes in NBA history, 11.5 percent have been identical twins, a very high fraction. If one identical twin is good enough to make the NBA, it appears the other has over a 50 percent chance of making it too. The author guesstimates that genes determine 75 percent of basketball success.

“Offhand, fencing sounds like the easiest route to a college scholarship for a long-armed son, because practically nobody this side of Budapest knows much about swordplay.”

Not surprisingly, considering how dependent basketball success is upon height, which these days is overwhelmingly genetic in origin, that makes basketball one of the four sports where genes matter most.

The most genetically influenced sport is track and field, where an astonishing 22.4 percent of all Olympic same-sex siblings have been identical twins.

Next are wrestlers, where 13.8 percent of Olympic brothers have been monozygotic twins, followed by 12.4 percent of rowers, such as the 2008 Olympian Winklevoss twins who are jointly played by Armie Hammer in the movie The Social Network. When considering suing Mark Zuckerberg for stealing their idea for what became Facebook, one suggests giving the Zuck an old-fashioned thrashing instead. After all, he reasons, “I’m 6′ 5″, 220 pounds, and there’s two of me!”

In contrast to twin-rich basketball, only 1.9% of major league baseball brothers have been identical twins. An identical twin of an MLB player has only a 14 percent chance of making the big time. According to Don’t Trust Your Gut, baseball skill is only about 25 percent genetic.

The latest baseball twins (and the first since Jose and Ozzie Canseco in the early 1990s) are relief pitchers Taylor and Tyler Rogers. Oddly, while Taylor is a conventional power-pitching lefty with a 96-mile-per-hour sinker, soft-throwing righty Tyler only made it to The Show by learning how to pitch submarine-style. His fastball averages merely 83 mph, but he has a weird slider that breaks up rather than down. Evidently, even identical twins aren’t always terribly similar.

My guess is that while pitching potential is fairly genetic, pitching accomplishment is highly contingent on random arm injuries. Perhaps almost every one of the 150 or so starting pitchers in the big leagues could have an All-Star season if he were perfectly healthy during a year in which he’s also got his delivery mechanics and his mental state straightened out.

As for where the ability to hit major league pitching comes from, who knows? It seems rather like a knack. Great all-around athletes like Michael Jordan and Tim Tebow couldn’t quite get the hang of hitting minor league pitching. On the Los Angeles Dodgers, for instance, Cody Bellinger looks like the perfect athlete and sometimes hits like one, too. But other times, like last year when he batted .165, Bellinger seems to forget how to put the bat on the ball. In contrast, orange-bearded Justin Turner resembles a life-size plush toy, but he strung together eight seasons in a row of excellent hitting.

Football falls in between basketball and baseball on the nature-nurture axis, with the NFL more similar to MLB than to the NBA.

Among Olympic sports, no identical twins have ever qualified for the Summer Games as divers, equestrian riders, or weightlifters. This might just be a fluke due to identical twins comprising only about 0.8 percent of all people, or it might suggest that genes don’t matter as much in these sports as they do in sprinting or basketball.

Or, more speculatively, this might have something to do with the psychology of twindom: Diving, dressage, and weightlifting are very solo events where one competitor at a time is in the spotlight. Weightlifting was the most entertaining sport I attended at the 1984 Los Angeles Olympics because it was like one-man professional wrestling. Perhaps identical twins would rather not be quite so much the focus of attention?

Another possibility that Stephens-Davidowitz considers only briefly is that having an identical twin might provide better nurture in some sports than in others. For example, practicing daily against your nonidentical sibling in sprinting, a relatively simple sport in which sheer speed dominates, might be either boring (you’d win every day) or depressing (you’d always lose). So growing up competing against your identical twin in track might be ideal for motivating you to optimize your technique because slight tweaks could determine whether today you beat your best friend/archrival.

But let me warn you, this is all speculation on my part. My general impression is that the interpersonal dynamics of identical twins tend to be complex, little studied, and hard for non-twins to predict.

The second part of Davidowitz’s question of which sport your young athlete should specialize in is, which sports are most generous with college scholarships?

Offhand, fencing sounds like the easiest route to a college scholarship for a long-armed son, because practically nobody this side of Budapest knows much about swordplay. So, all you have to do is spend six figures on coaching and traveling to competitions for your kid to have a more than one in ten chance of winning a scholarship that might possibly be worth what it cost you for him to earn it.

So maybe you should rethink this whole scholarship obsession of yours.

On the other hand, minor sports, such as lacrosse, can be a good way for your child to win admission to the kind of colleges that have pipelines to Wall Street. Only one out of 85 male high school lacrosse players garners a scholarship. But Ivy League schools (which, in theory, don’t give out athletic scholarships, but do provide generous financial aid and do take applicants they wouldn’t ever consider if they weren’t jocks) like lacrosse players because they tend to go on to make lots of money in finance and give some of it back to their alma maters. (Of course, lacrosse athletes can also be subjected to vicious racist stereotypes on campus, as seen in the 2006 Duke lacrosse hate hoax.)

The worst odds of a boy getting a scholarship are in volleyball (one out of 177) and wrestling (one out of 176). Wrestling is a sport with a fanatical base of athletes, but one that has been decimated by Title IX mandates of equality in scholarships for female athletes (despite girls not caring as much as boys about sports).

The odds of getting a sports scholarship are less formidable for girls, but they are still long. While there is only one track and field scholarship for every 110 high school boys who compete, there’s one for every 64 girls. On the other hand, it tends to be easier to make a girl’s high school team since so many of the most coordinated girls prefer dance to sport.

But the odds are still against your daughter, outside of a couple of boarding school sports: There’s one scholarship available for every two female high school rowers and one for every three equestrians. The abundance of college tuition aid for horseback riders is ironic considering it’s the sport for the spoiled daughters of very rich men who can afford to pay retail, such as Bill Gates, Michael Bloomberg, and Bruce Springsteen, whose daughter Jessica won a silver medal last year at the Tokyo Olympics.

And that’s just one chapter in Stephens-Davidowitz’s interesting book. In another chapter, he discusses the best businesses to be in to get rich—own a car dealership or a beer distributorship (both of which are usually protected by state law from much competition, so you might need to marry the owner’s daughter), or a market research firm that has a monopoly on tracking a particular industry. A traditional saying in that business is that there is only room for 1.5 market research firms in this field. (Unfortunately, I worked in a segment, supermarket sales, where there were two firms.)

In summary, if you like my style of quantitative analysis, you will enjoy Don’t Trust Your Gut.