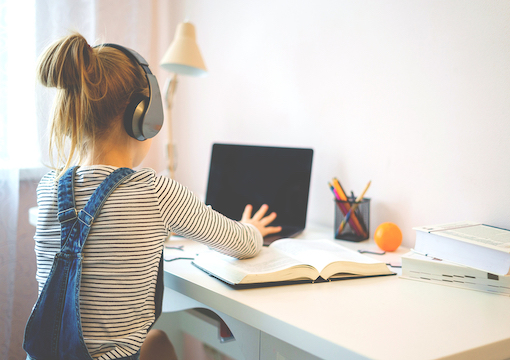 First follow Nature, and your judgment frame
By her just standard, which is still the same. —Alexander Pope

If anything good has come from these hard corona days, it’s the occasion they’ve provided for rethinking education. Parents around the country are homeschooling their children, and though that is hardly an easy endeavor, it can still be better than public education in lots of ways. Best of all, parents, by determining what their children study, can save them from the baleful influence to which public schools are almost certain to expose them.

Consider, for instance, The New York Times’ 1619 Project. Although it was published only last August, the project, in the form of “educational material,” had already been disseminated through many public schools before the corona epidemic forced them to shut down. According to the paper of record, the project “aims to reframe the country’s history by placing the consequences of slavery and the contributions of black Americans at the very center of our national narrative.” To that end, the Times bizarrely claims that America’s actual founding date is not 1776, the year the colonies declared independence from Great Britain, but 1619, when a few dozen enslaved Africans were brought to Jamestown, Virginia.

Rife with bias and error, the project recalls Howard Zinn’s popular propaganda that, though also quite inaccurate, has long led students, in both secondary and “higher” education, to ignore what is good in American history and to dwell on what is bad (the latter often terribly simplified).

Fortunately, the project has been debunked by several distinguished scholars. Gordon Wood, an eminent historian of the American Revolution and emeritus professor at Brown, has said that the only responsible way to use the project in the classroom would be “as a way of showing how history can be distorted and perverted.”

But of course, today distorting and perverting history in the service of a political agenda is precisely what a great many “scholars” want to do. And needless to say, the liberal media is happy to help. In the words of the project’s leader, Nikole Hannah-Jones:

You cannot read the entire magazine and not come away understanding that a great debt is owed and it’s time for this country to pay…. When my editor asks me, like, what’s your ultimate goal for the project, my ultimate goal is that there’ll be a reparations bill passed…. I write to try to get liberal white people to do what they say they believe in…. I’m making a moral argument. My method is guilt.

Although she thinks that a reparations bill may not be passed, Hannah-Jones wants “this project…[to] get white people to give up whiteness.” And in any event, “it can certainly expose for them what whiteness is.”

“Today’s trendy cant at Harvard, Yale, and the rest is tomorrow’s dogma in the media and in the primary school classroom.”

Now, at this point, unless you’re familiar with whiteness studies, you’re probably wondering what on earth the woman means by “whiteness.” For the resentment-driven identity-politics left, which requires a unifying scapegoat, whiteness is a kind of satanic concept. If you’re white, it says in short, then you’ve got it very good, though, in your “privilege,” you probably don’t know it. If you’re not white, and especially if you’re black, then you’re a victim, and white people are to blame. So, pay up, white devils!

Yes, the concept of whiteness—a typical product of the sham that is academia—really is that crazy. For example, for Robin DiAngelo and other “scholars” of whiteness studies, even to consider explanations for unequal outcomes besides racism confirms racism.

Well, no wonder. There’s simply no limit to the sophistry academics will peddle in their desperate efforts to distinguish themselves to fellow mediocrities. The main value of academia is clear: It’s a certain social signaling or credentialing system. But as the scholar Joseph S. Salemi has argued, there are many students who, having neither the aptitude nor the attitude for college, shouldn’t be there. Still, we keep up the pretense that it’s otherwise, because academia is a lucrative racket, and it makes progressives feel good to try to advance what they call “equality.”

The worst and most insidious effect of academia is that today’s trendy cant at Harvard, Yale, and the rest is tomorrow’s dogma in the media and in the primary school classroom. As a result, though blacks continue to underperform (relative to other racial groups) on various measures, significantly improving this situation—which only they can do for themselves—is a long shot since, again and again, blacks are told that it’s “racism and poverty” (as opposed to deep cultural dysfunction) that hold them back. Nor is there any dearth of blacks who embrace that tiresome excuse. Likewise, it’s likely that blacks will continue to be a national burden with respect to crime (and violent crime especially) since, again and again, people are told that racial differences in crime rates are due to “racism and poverty” (as opposed to deep cultural dysfunction).

Anyhow, as I say, it’s high time to think about alternatives to public education. For though the 1619 Project, like Howard’s Zinn’s work, has been debunked, it won’t just go away for that reason. It would be naive to think that the administrators and teachers who don’t recognize the project’s egregious errors and palpable bias will take the trouble to fairly consider its critics and then elect not to use the “educational material.” “This planet is largely inhabited by parrots,” said A.E. Housman, “and it is easy to disguise folly by giving it a fine name.” Moreover, the 1619 Project is but one of many means by which public education poisons young minds and thus the future.

Of course, since education is a uniquely effective tool of power, the left, which controls education, shouldn’t be expected to support, let alone advocate, alternatives to public education. For example, in an article in the Arizona Law Review, Elizabeth Bartholet, Wasserstein public interest professor of law and faculty director of Harvard Law School’s Child Advocacy Program, “recommends a presumptive ban on homeschooling, with the burden on parents to demonstrate justification for permission to homeschool.”

This is outrageous and unjustifiable, but before we see why, let’s hear Bartholet’s reasons. She writes: “We have an essentially unregulated regime in the area of homeschooling…. [I]f you look at the legal regime governing homeschooling, there are very few requirements that parents do anything.” Hence, “people can homeschool who’ve never gone to school themselves, who don’t read or write themselves.”

Back in 2006 and 2007, when I was earning my undergraduate degree, I tutored some students who had previously been homeschooled. And while I found that many were rather underprepared, having been taught by parents who didn’t know what they were doing, it is a problem for Bartholet’s position that our public schools, too, are failing many students, with the result that parents sensibly choose to take control over their child’s education.

Most of this paragraph is absurdly biased, and absurd besides. According to the most recent data on homeschooling by the U.S. Department of Education, the primary reason that parents chose to educate their children themselves was “concern about the school environment, such as safety, drugs, and negative peer pressure.”

What are those “views that might enable [children to exercise] autonomous choice about their future lives”? Bartholet gives the answer in her claim that it’s “important that children grow up exposed to community values, social values, democratic values, ideas about nondiscrimination and tolerance of other people’s viewpoints.”

At this point, it will be well to take note of Bartholet’s professional background. “Before joining the Harvard Faculty,” we read at America’s most powerful university’s website, “she was engaged in civil rights and public interest work, first with the NAACP Legal Defense Fund, and later as founder and director of the Legal Action Center, a non-profit organization in New York City focused on criminal justice and substance abuse issues.”

Here, then, is a lifelong professional leftist who, in her unwitting arrogance, thinks that in order to live well as an adult, your 10-year-old needs to become a partisan of “diversity,” “inclusion,” feminism, gay marriage, transgender bathrooms, and so forth.

The claim that many homeschooling parents “promote racial segregation” is so ridiculous that it merits nothing but dismissal. Get out of your insular seminar, Dr. Bartholet. Go fly a kite or something.

It may be that a disproportionate number of homeschooling parents advocate traditional gender roles and even “female subservience,” but if this is the case, then so much the better to my mind, for I’d argue that these things are necessary conditions for any sustainable civilization or any civilization worth having, though I haven’t the space to do so here.

What’s wrong with questioning science? It goes without saying, among serious scientists, that all dogma is dubious, and science necessarily provisional. It’s one thing, certainly, to be mindlessly dismissive of science, but with her assumption that science should not be questioned, Bartholet comes off as just the sort of scientistic ninny whom the brilliant scholar David Berlinski has long deftly taken to task.

[M]any parents choose to homeschool their children to remove them from abuse at school, whether it’s widespread bullying by peers or, tragically, rampant abuse by teachers and school administrators themselves.

Child abuse is horrific wherever it occurs, but singling out homeschooling parents as potential abusers simply because they do not send their children to school is both unfair and troubling. Child abuse laws exist in all states and should be rigorously enforced. Banning homeschooling, or adding burdensome regulations on homeschooling families, who in many instances are fleeing a system of education that they find harmful to their children, are unnecessary attacks on law-abiding families.

In response, Bartholet might say that she isn’t “singling out homeschooling parents as potential abusers,” but focusing on a particular context because it allows abuse to occur unreported.

McDonald is quite right, in any case, that many parents are trying to keep their children from harmful environments in public schools. She is also right to observe, contra Bartholet’s bias against flyover country and white deplorables, that

[m]uch of the current growth in homeschooling is being driven by urban, secular parents who are disillusioned with a test-driven, one-size-fits-all mass schooling model and want a more individualized educational environment for their children. Federal data also reveal that the percentage of black homeschoolers doubled between 2007 and 2012 to 8 percent, while the percentage of Hispanic homeschoolers is about 25 percent.

There are other problems with Bartholet’s article, but as I am running out of space, let me come to the biggest, namely her call for “a presumptive ban on homeschooling, with the burden on parents to demonstrate justification for permission to homeschool.” How very characteristic this is of leftist ideology. Bartholet thinks something is desirable, and just as night follows day, so it’s for the government to bring this aim about.

Implicit in Bartholet’s view is the unjustifiable premise that children belong not to their parents but to the state. But legitimate government depends on the consent of the governed, who are obedient to the state and its laws in return for protection. Having a power grab in view, Bartholet has altered the natural and rightful character of the social contract. She assumes that children are (as it were) the state’s property, so that parents must justify homeschooling to it. But alas for her, in so doing the silly woman only reveals her own dismal ineptitude.