Trump Has Had Enough 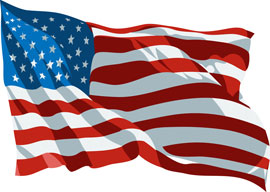 Sarah Palin just endorsed Trump in a shrill speech that sounded like the cheerleaders from Fast Times at Ridgemont High. It’s “yuge” for his campaign because she’s likely to bring all the Tea Party holdouts who didn”t think he was conservative enough. It’s even yuger for the liberals who hate him because they see this as another step toward America’s first Islamophobic president. We should be focusing on guns instead because…the children.

So much of these two opposing Americas come down to a simple question: What’s worse, being killed by a terrorist or being killed by a mass shooter? The left insists all this terrorism talk is just fearmongering that vilifies Muslims. The right insists all this gun-control talk is just fearmongering that vilifies guns. The odds of either thing happening to you or anyone you know are negligible. Even if you were working in Manhattan on 9/11 the odds of you dying were a fraction of a percent. Mass shootings are even rarer, with only a handful of people dying every year. In fact, France suffered more terror casualties in one year than America had mass-shooting casualties over Obama’s entire presidency.

“We need to be bullish because being tough is what got us here in the first place. “

Though these two threats seem similar, they couldn”t be more different. One is an unpreventable freak occurrence and the other is part of a general trend to wipe out the West. We”ll always have a couple of lunatics who pop a gasket. Mass shootings are not on the rise overall and banning assault weapons has no effect on them whatsoever. The only similarities I can find between shooters such as Adam Lanza, Dylann Roof, and James Holmes is way too much medication, but they were medicated because they were nuts. None of the background-check laws Obama is crying about would have prevented these shootings. Andrew Kehoe wasn”t worried about background checks when he committed the worst school massacre in history back in 1927. He used explosives to kill 38 children. You can”t fix crazy. It’s not indicative of a pattern and there are no I-told-you-so’s at the other end of the attack. What scare me are liberals. Their flagrant ethnomasochism and childish embrace of everything non-Western is downright dangerous.

The terrorists are not a freak occurrence. They are all following the same handbook. We can pretend only a tiny fraction of Muslims have any malice toward us, but the numbers range from 25 percent to way past 75 percent. That’s at least 3 million potential terrorists in America who think “violence is acceptable against infidels.” I have no delusions about the chances of a home invasion and I”m not scared of being blown up by a jihadist. I”m thoroughly confident I won”t be raped by a refugee in Sweden, but that doesn”t mean I don”t get angry when I see it happening. We all get mad because we know it’s not a random lunatic who’s flipped his lid. It’s the result of an inferior culture being invited by progressives to come and replace us. We rail against the #rapefugees not because we”re scared but because we told you so. We knew Merkel’s plan was a mess. The left’s solution is for men to dress in drag and sing, but that’s the kind of cuck behavior that got us into this mess. We need to be bullish because being tough is what got us here in the first place. It’s why immigrants want to come here. The progressive idea of progress is to encourage Western populations to decline as they are invaded by inferior ones that breed like rabbits.