Well, You Finally Got Tired of Losing 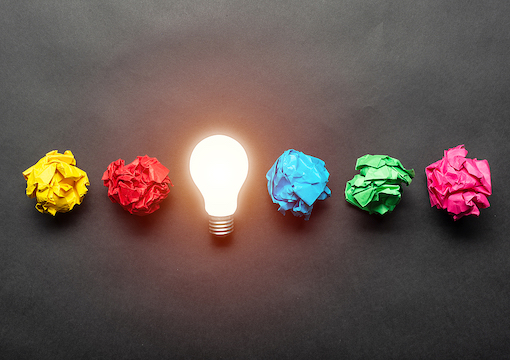 Last week was a good one, so it’s kind of dickish to make fun, but it’s really amusing how quickly some of you went from, in 2016, “We’re gonna get tired of winning,” to nervously awaiting the Youngkin/McAuliffe results sweating bullets, fingers nervously crossed, “Oh please please please just give us this one victory!”

Trump lost the House, then the White House, then he blew two potentially winnable Georgia races to lose the Senate, then he idiotically engineered a piece of pointless theater that turned into a full-on riot that morphed into an event that will never stop haunting the right for the rest of your fucking life and mine.

By the time you read this, there’ll have been a million “lessons from Virginia” pieces. But I’ll try to present a few that perhaps haven’t been covered yet.

Enough with the street theater.

The “stunt” (actually disinfo hoax) crafted by the Lincoln Project to make it appear as though tiki-torch-carrying MAGA Klansmen were following Youngkin’s tour bus like Deadheads backfired horribly. Did you notice that? It didn’t help, it harmed. Now try to get in the head of the morons who arranged that stunt. Wanna know what they were thinking the morning they embarked on their glorious mission?

They were thinking the exact same thing as the guy who wore the Camp Auschwitz shirt to the Capitol riot: “Oh man, I’m so clever! I’m saving the country!”

They were thinking exactly what those who participated in Charlottesville 2017, the Capitol riot, and the various anti-mask, anti-vax bullhorn public disruptions were thinking. No self-reflection at all. No awareness that what they were about to do was going to be used against them to hurt their cause.

So can we finally dispense with that stupidity? Have you gotten the wacky shirts and stupid props and the toddler’s desire to be the center of attention by shitting your pants in front of company out of your system now?

Remember that while VA was being won on the issues, QAnon was in Dallas in crazy clothes, message T-shirts, and decorated caravans waiting for JFK to arise and install Trump as president.

Jettison the kraken-heads, along with the demonstrably false premise that their retarded antics ever do anything but harm.

I had a girlfriend many years ago who used to brag about how she was so smart, she never had to second-guess her initial judgments. Whether buying a car or choosing a job, the first thought that came to her mind was always the best, because her instincts were unassailable.

You know where she is now? Dancing on tables for dollar bills in Vegas.

Please, people, think. Your ideas are not all golden. You can be Tucker Carlson and act like there’s nothing more important in the world than clearing the name of the 1/6 rioters, but the right is only burdened with this (and that’s what it is—a burden) because a bunch of dolts did something with no thought behind it (and even if some of those morons were “enticed” by “FBI moles,” that doesn’t make them any less moronic).

No matter what fallacies and misinformation I’ve helped clean up in Holocaust historiography, the bottom line is that no “cleanup” would’ve been necessary had the Nazis not made the idiotic decision to begin mass-killing Jews in the first place (idiotic because the Wehrmacht urged Himmler to not liquidate the Jewish ghettos, as they were highly useful in producing raw materials for the war effort. Himmler didn’t listen, and how’d that war turn out, anyway?).

The point being, the right wouldn’t be having to devote so much time to “1/6 revisionism” (and what is Tuck these days if not the David Irving of 1/6?) had Trump and a bunch of imbecilic supporters not done a stupid and destructive thing that was exploited by their foes. The ultimate blame falls on the rioters.

Your first instincts are not always your best. Please…think about shit before you do it.

Use race, but defensively.

One of the most important aspects of the Youngkin win is that it proved that CRT is a big black albatross around the Democrat neck. It is okay to say “white” in an election. It is okay to say, “My child, who is white, was told he’s evil because of his race. And that’s wrong.” Republicans need to be less afraid of the word “white”; they need to remember that their most important base comprises working-class whites who don’t read Ibram X. Kendi and don’t see their children as genocidal murderers.

That said, inject race when defending against the left’s attacks. Don’t use it offensively, as Larry Elder did in his massively failed recall run. Elder injected race and slavery when it wasn’t necessary (the recall was not about race, slavery, or CRT; it was about Newsom’s economic and pandemic failures). Never be the first to bring up race. The Democrats will do it, be assured of that. Wait for them, and then don’t shy away from vigorously countering their hatred.

The parents whose anger helped shape the VA victory aren’t looking to raise “white supremacists.” They just don’t want their kids to be told they’re worth less for being white. These are decent people, so remember that decency the next time you’re tempted to be an impish little centaur and inject race in a strategically unhelpful manner.

Time to take Old Yeller-Hair to the barn.

Pundits have generally agreed that Youngkin handled the “Trump problem” adroitly; he neither denounced Trump nor embraced him too closely, walking a tightrope between not alienating either the MAGAs, the right-leaning middle-grounders, or the parents who voted against Trump in 2020.

And indeed, it was a good strategy. But it’s being presented as a template (“all future GOPs should do likewise”). I don’t see it as a template, but a tapering. The beginning of a process to wean the faithful off Trump, not cold turkey (it can be detrimental to end harmful addictions that way), but a little at a time, with less and less Trump each election.

Trump’s a millstone. He had his moment; he screwed it up. He forgot his base and salted the earth for future GOPs. Ever notice how no Republican ever said “read my lips—no new taxes” after 1992? When an incumbent loses an election after blowing an explicit campaign pledge (like, say, “deportations day one” or “the wall just got ten feet higher”), those who follow will never repeat that pledge, because doing so would trigger immediate voter skepticism.

Last week aptly demonstrated that the GOP wins its most important victories on real-world issues, not flamboyant personalities. Time to cut ties with Trump. If that’s a tough pill to swallow, do what every gay man since 1998 has done after a breakup: listen to Cher’s “Believe” a bunch of times. By the third replay, you’ll get the message and find the strength to carry on.

Trump was the exciting, sharp-tongued alpha boyfriend who’d be the life of the nightclub and make you feel important just by the attention he showered upon you. But he also gave you AIDS, gonorrhea, and he burned down your house. Dump him and move on.

Can you stop with the fatalism now?

Are we through with our little fatalism phase? “We’ll never win! The left controls the vote counting! Venezuelan robots run our voting machines! The fix is in; voting’s useless!”

Jeez, guys…what happened last week? Was there a power outage at the evil-robot factory? Did Killary Killinton oversleep and forget to give the Illuminoids the assassination list?

Youngkin not only won, he won before most of us went to bed. And GOPs won a bunch of other vital races too (if a powerful guy like Steve Sweeney can fall to an anonymous trucker who spent $153, there ain’t no fix).

Trump, who refused to believe that he could lose in 2020, persuaded a whole lot of you to share that hallucination, even though poll after poll showed how and why he cratered among the key demographic of working-class whites. You adopted Trump’s vainglorious, reality-detached fiction that the only way he could’ve lost was because the other side cheated, not because of his broken immigration promises, his habit of stocking his inner circle with traitors and opportunists with their own agenda, and the simple fact that his personality lost its novelty (in politics as in entertainment, things get old fast).

One day hopefully some of you will look back and wonder how you ever could’ve taken lunatics like Lin Wood and Sidney Powell seriously, how you could’ve greeted them with applause instead of a steel-toed boot up the ass.

You absolutely can win. Yes, the Democrats exploited Covid to install new voting policies that were designed to favor the left. But none of that is insurmountable if the GOP stays on-message and remembers its key demographics. Education, immigration, and crime are evergreens for the Republicans (those issues only fail when the party ignores them), and Biden’s produced a host of meat-and-potatoes economic issues that are ready-made for GOP victory (as obsessive as AOC is in her delusion that thugs and looters are only stealing “bread for their families,” try to copy a little of that enthusiasm when defending law-abiding families who genuinely can’t afford bread).

And on the topic of fatalism…

Stop getting angry at cities or states that “disappoint” you. This is the smug type of fatalism I wrote about prior to the election. “Them blue cities is goin’ ta hell; let ’em! They voted fer it, let ’em suffer.” Google “Virginia” and “permanently blue” and revisit all the times over the past five years that pundits and “experts” told you that VA was forever a lost cause for the GOP.

Now google “self-fulfilling prophecy” and print the definition to put on your fridge.

Turns out that when you intelligently engage voters, especially those from demographics that are open to conservative messages, the “permanent” becomes the transitory (even the often useless Senate GOPs pulled their weight this time, mercilessly grilling and thoroughly humiliating Merrick Garland on CRT and parental rights the week before the election).

The victories are there…but they take effort.

Speaking of which, I gotta run. I have a bunch of appointments with L.A. “conservatives” who let the George Gascon recall die on the vine because they didn’t think it could win in a liberal city.

Well, to be more specific, the appointments are actually between their asses and my steel-toed boot.