What If I’m Right? 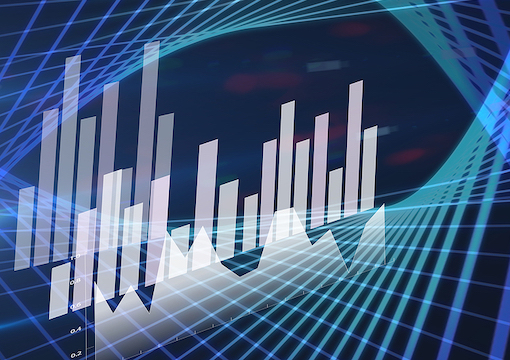 Since the previous century I’ve been articulating in the public arena an array of interconnecting ideas about how the world works. For example, I tend to suspect that racial differences in achievement in 2021 have more to do with nature and nurture, with culture and human biodiversity, than with unspecifiable malevolence on the part of white men as dictated by the theory of systemic racism.

(Note that I don’t put very much effort into telling you how I think the world should work, just how it does work. At least, the latter’s testable.)

I usually don’t go out of my way to make specific predictions, but my instincts are, by this point, not bad. For example, I was bellowing in Taki’s Magazine from June 3, 2020, onward that society reassuring blacks that they deserved a Racial Reckoning that entitled them to riot and resist arrest was going to be a disaster for all concerned.

That raises the more general question: What if I’m right?

What if my way of thinking is, in general, more realistic, insightful, and reasonable than the conventional wisdom?

I dislike thinking of my concepts as an ideology. I don’t propound “Sailerism.” I lack the ambition and the ego. I am by nature a staff guy rather than a line boss. I like to think of my approach to understanding human society as one that will eventually seem obvious to everybody, so I shouldn’t claim credit now for what is simply solid empirical thinking applied to the more contentious subjects.

Instead, I like to tell myself, I should just keep coming up with more ideas that are (in declining order of importance to me) true, interesting, new, and funny. Eventually, people will notice how much better my approach to reality has been than that of the famous folks winning MacArthur genius grants and try to figure out for themselves how I do it so that everybody can do it too.

Or at least that’s what I hope.

On the other hand, it’s now 2021 and public discourse has just gotten stupider and more self-destructive over the course of my career.

What if I had just kept my mouth shut and, instead of challenging popular pundits to be honest and intelligent, I’d let them work it out for themselves? After all, while people who know me tend to find I’m an admirable individual, people who don’t know me tend to hate me.

“I’ve taken great pains to make my worldview correspond with how the world actually is.”

Many pundits seem enraged over the idea that I might prove right. This tendency to personalize social science disputes has always struck me as dim-witted, but, apparently, the fear “What if Sailer is right?” is infuriating and/or terrifying to many. It’s almost as if what gets people mad is my being correct so often.

Thus, when I point out the facts, I’m often greeted with incoherent anger centering on the allegation that I must be a bad person for being so well-informed.

Actually, while I’m of course highly biased, my impression is that I am, at least compared with most of my fellow opinionators, rather a good person, more Orwell than Waugh.

When I started in the 1990s, my views were edgy but not unknown. Intellectually, I’m basically an heir to the debates in the early 1970s among data-driven social scientists, with me being closer to the domestic neoconservatives like James Q. Wilson and Richard Herrnstein. But I also admired liberals like Daniel Patrick Moynihan (the four-term Democratic U.S. senator from New York) and James Coleman, as well as socialists like Christopher Jencks. Indeed, the first thing I ever had published was a letter in National Review when I was 14 in 1973 in which I made a joke about Jencks’ book-length meta-analysis of the Coleman Report, Inequality:

Having read Ernest van den Haag’s article on Christopher Jencks, I am reminded of an old psychiatry joke: A psychotic (egalitarian, in this little morality story) says, “All people are equal, and I’ll fight anyone who says I’m wrong.” A neurotic (Jencks) says, “People aren’t equal, and I just can’t stand it.”

My role model as a statistics-driven opinion journalist was always Daniel Seligman, who more or less invented blogging with his “Keeping Up” column in Fortune.

Basically, all that has happened is that the data has piled up against the Establishment view. I think it’s an exaggeration to say that the left totally dominates the social sciences today. I have been a human sciences aficionado for the past 49 years. And I haven’t seen any decline in social science findings supporting my general worldview, in part because I constantly adapt to new findings, but largely because new advances have typically validated the best old research. For example, the genetic revolution of the 21st century has mostly vindicated the best human scientists of the second half of the 20th century.

Granted, naive journalists tend to not get that tropes like “Race does not exist” are scams to keep scientists from getting persecuted by know-nothings. But if you read the scientific journals carefully, you will know what’s what.

But instead of changing minds, the passing of the years has only made the dominant discourse ever more absurdly antiquarian. For example, the failure of property values to boom in black neighborhoods in the 53 years since redlining was abolished has not made it more acceptable to point out that if blacks want higher prices in their neighborhoods, they should work harder on being better neighbors.

Instead of noting that the hundreds of black inner-city riots last year have helped drive this year’s housing boom in suburbs and small towns, the prestige press has decided to obsess over the Tulsa riot of 100 years ago (which was started by blacks but ended by whites) as the reason blacks aren’t rich today.

My approach in explaining human society has been to follow the general line of Occam’s Razor that “It is vain to do with more what can be done with fewer,” or that the simplest feasible explanation is less likely to be contrived for political purposes than a more complicated Occam’s Butterknife rationalization.

And as more data continues to accumulate over the decades, my depiction of the way the world works seems to have a better track record than more fashionable theories.

Now, it’s not that I’m infallible. But (a) I like to argue, and (b) I don’t like to lose. So, I look hard for the strongest evidence so that I can make winning arguments.

And when I lose, rather than double down, I usually change my mind.

Granted, I have the usual human reluctance to admit I was wrong. But I try to deploy that in a constructive direction.

If I find, for example, that some sophomoric policy I advocated as a sophomore in 1978 can’t be justified today, I tend to assert that that may not be because I was wrong then but that times have changed since. For example, many of the Reagan-Thatcher ideas I liked in the late 1970s were successful in the 1980s–1990s, leaving us today with new problems needing new solutions.

Moreover, I would encourage intellectuals to try to subscribe to a form of vulgar Hegelianism in their personal intellectual behavior that I’ve found very useful: If you hold a thesis for what seem like good reasons, and somebody counters with a well-argued antithesis, you have three options:

—Reject the antithesis (the most common).

—Convert to the antithesis (the most dramatic).

—Look for a synthesis that makes sense of both your thesis and the other guy’s antithesis (usually, the hardest but most productive).

—Thesis: A racial group is a taxonomical subspecies.

—Antithesis: A racial group is a biologically nonexistent social construct!

—Synthesis: A racial group is a partly inbred extended family.

So, what if I’m right? How would the world look different?

Well, it wouldn’t. I’ve taken great pains to make my worldview correspond with how the world actually is.

What policies are implied by my realistic view of humanity? To my mind, nothing terribly new (although out of fashion): We need rule of law, equal protection of the laws, and other old-time principles. That African-Americans seem to have a particular tendency toward criminal violence suggests that they need more, not less, law and order than do even the rest of us.

On the other hand, the one thing that really scares me is that progressive intellectuals seem to assume that if modern science demonstrates that the races often differ genetically, well, that proves Hitler was right and therefore genocide is the only rational alternative. This malevolent insanity on the part of orthodox liberal thinkers terrifies me.

My suggestion: The dominant intellectuals should do some soul-searching and stop projecting their own viciousness onto the rest of us.