Thomas Williams is an over-educated and under-employed freelance writer. And yeah. He's THAT guy. Contact him at [email protected] 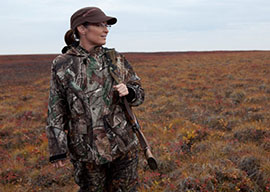 I read an article the other day in The Huffington Post by Aaron Sorkin, screenwriter of A ...

Authority Issues”Is There Sovereignty Beyond the State?

Society has managed rather well without slavery, an institution that at one time was taken for granted by nearly everyone, and which many Christian thinkers thought could be purged of its worst abuses but probably never eradicated. I am likewise confident that individuals and communities would not only survive but flourish without being taxed and harassed by an apparatus of exploitation that does nothing but consume wealth and ruin people’s lives, here and around the world; that punishes what is excellent, productive, and decent; and that successfully propagandizes the public into blaming private scapegoats for problems government itself creates. That a supposed lack of regulation could seriously be proposed as the cause of the mortgage crisis was as predictable as it is idiotic.

The figures and organizations Kauffman profiles do not fit into the received version of American history, in which only “leftists” who “hate America” might object to spending trillions of dollars feeding imperial ambition. The conservative John Randolph of Roanoke, who opposed the War of 1812, and Alexander Stephens, the Confederate vice president who had earlier opposed war with Mexico, are just two of the people discussed in Ain”t My America who refuse to fit themselves into the proper categories.