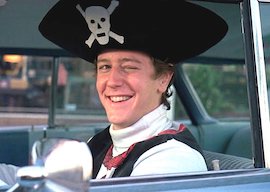 Diversity is supposed to be “our strength,” but the interracial romance marketplace generates much resentment among those groups, such as black women and East Asian men, who tend to be in less demand than their racial rivals.

For example, over the years I’ve read hundreds of op-eds by black women writers peeved at white women—“Becky with the good hair,” as Beyoncé put it—for drawing attention from black men.

In contrast to our cultural gatekeepers’ insatiable appetite for black women kvetching about how everybody is racist for not sufficiently appreciating their beauty, nobody, as pointed out by literary journalist Wesley Yang in his new collection of essays, The Souls of Yellow Folk, has been much interested in the complaints of East Asian men.

Yet their problems are the mirror image of black women’s troubles in the marriage marketplace.

The discontents of black women in finding husbands are often blamed, like much else these days, upon their lack of “representation” in the media: If only black women celebrities were even more celebrated, it is assumed, the average black woman’s life would be much better.

Yet, long flowing hair is not just found among white women, but among virtually all races other than blacks and a few tropical islanders.

For instance, I was once walking down the street behind two 30ish black women when they passed an American Indian man in his 50s who still had a thick mane of dark hair falling well past his shoulder blades. The two ladies politely waited until they were out of earshot from him, and then broke into semi-joking lamentations about the good Lord’s cruel sense of humor in giving a guy hair that they’d die for.

The reason the black women writing op-eds stick to blaming just the white Beckys rather than also the Asian Amys is, of course, that it is respectable for blacks to blame whites for their problems. For a black woman writer to admit that Asian women also tend to have advantages over her in the hair-length department would be problematic, as they say. But mostly black women are just not into lacerating self-appraisals.

“Our society’s prejudice in favor of tall men seems outdated, yet nobody much worries about it.”

In contrast, Yang, a New Jersey-born Korean-American, is a highbrow spokesman for bitter Asian men. Granted, there was long little market for Yang’s Asian-male self-loathing, but he has soldiered on due to his writing talent, intelligence, ambition, and willingness to expose his often alarming thoughts.

For example, after a Korean-immigrant English major murdered 32 people at Virginia Tech in 2007, Yang wrote an article for N+1 about how the incel shooter’s face reminded him of his own unloved visage:

A perfectly unremarkable Korean face—beady-eyed, brown-toned, a small plump-lipped mouth, eyebrows high off his eyelids, with crooked glasses perched on his nose. It’s not an ugly face, exactly; it’s not a badly made face. It’s just a face that has nothing to do with the desires of women in this country.

These racial ratios imply that some Asian men and some black women are going to be out of luck, unless they want to try marrying each other (which, generally speaking, they don’t).

On the other hand, the gender gap is worse for Asian immigrant men than for assimilated, American-born Asian men. Yang, for instance, is now married.

Is my 21-year-old analysis still valid? A 2012 Pew study found roughly the same gender gap as in 1990 for white-black marriages, and a slight narrowing of the ratio for white-Asian marriages.

Complaints about lack of representation are generally rationalized on the ground that “If there were more people who look like me in movies and TV my life would be better.” Of course, it clearly helps the people on TV to be on TV, but how much of their good fortune rubs off on you?

For instance, the actor who most resembled the young me was tall, gawky, hapless Judge Reinhold, who had a run in 1980s comedies like Fast Times at Ridgemont High and Beverly Hills Cop. This is not to say I was anywhere near as good-looking as Reinhold, but that he rather looked like a movie star who might be hired for The Steve Sailer Story. Did his success make me more popular with girls?

Conversely, did casting the fairly tall Reinhold damage short guys? Did Asian males get fewer dates because Reinhold was in movies?

Interestingly, this kind of community-college social constructionist analysis that makes for popular clickbait in the current year always overlooks a potential path for improving matters for short guys who can’t get attention from height-obsessed women. Why not try reasoning with women?

Our society’s prejudice in favor of tall men seems outdated, yet nobody much worries about it.

As a person of tallness, I’ve never found the functional advantages of being 6′ 4″ all that useful. Sure, I can see over shorter spectators at golf tournaments, but does that make up for bumping my head, being clumsy, and my increased chance of cancer? (I wrote “Is Love Colorblind?” while on chemotherapy.)

Height used to be a good indication of how well you were fed as a child, which, in turn, said much about how rich your relatives were. For instance, historian Barbara Tuchman noted in her book The Proud Tower that the aristocratic cabinet formed by Britain’s Tory government in 1895 was close to a half foot taller on average than the typical British male subject.

And women have good reasons for wanting to marry men who appear to have rich relatives.

In contrast, nowadays in the first world, most children are well enough fed to grow close to their genetic potential for height. Men in South Korea, for example, are six inches taller today than a century ago.

So height is increasingly merely a matter of nature rather than also of nurture. But height in the modern world isn’t of much use (what Darwin would have called natural selection) other than that women tend to like it (sexual selection). So why not suggest to women that they try not to be so biased against short men?

Still, this never occurs to anybody today because it seems sexist to suggest that women try to be less discriminatory.

A man can’t do much about his height, but he can do a little about his personality, something about his physique, and quite a bit about his ideals.

My impression from hints Yang has dropped is that he has tried out numerous self-improvement regimens of the kind that attract right-wing men, such as the study of pick-up artistry (the subject of one essay in his book), weight lifting, and the wisdom of Jordan Peterson. His recent Esquire essay praising Peterson mentions:

I first came across Jordan Peterson in late 2016. I had been ensnared in a destructive familial ordeal that consumed some of the most important years of my career and put a strain on my marriage. I was unable to complete a manuscript for a book that I had been contracted to write. I had assignments I couldn’t finish. I was, in other words, exactly the sort of person whom Peterson’s message is optimized to reach. I began listening to his biblical lectures at the gym, where I went to try to reconstruct myself.

A tweet by Yang endorsed the opening of weight-lifting coach Mark Rippetoe’s increasingly famous book Starting Strength: Basic Barbell Training as “one of the great lead paragraphs in any nonfiction book”:

Physical strength is the most important thing in life…. A weak man is not as happy as that same man would be if he were strong. This reality is offensive to some people who would like the intellectual or spiritual to take precedence. It is instructive to see what happens to these very people as their squat strength goes up.

Rather like another Rippetoe fan, Nassim Nicholas Taleb, Yang appears to be moving from the center to the right over the decade of essays in his book. In his new introduction, he caustically points out the ominously worsening extremism in Brooklyn’s progressive literary circles:

In the successive decade, the struggle against “racism” and “sexism” shifted rhetorically to a struggle against “whiteness” and “masculinity.”… No one can hope to live free of oppression so long as these categories of being have not been eradicated.

He nominates himself, a rare East Asian-American intellectual, as the one man who can see both sides:

In an age characterized by the politics of resentment, the Asian man knows something of the resentment of the embattled white man, besieged on all sides by grievances and demands for reparation, and something of the resentments of the rising social justices warrior, who feels with every fiber of their being that all that stands in the way of attainment of their thwarted ambitions is nothing so much as the white man.

But part of the Asian male grievance you describe is being denied full manhood in American culture—not getting to be aggressive, to take leadership roles, to be sexually attractive to women. And from the intersectional point of view, that demand for full masculinity is seen as illegitimate because masculinity itself is illegitimate. So they have to say, No, no, no, this can’t be your actual grievance, you have to be mistaking it for something else, which ends up reproducing the very dynamic you’re describing in which the Asian grievance is invisible unless it can be instrumentalized within a larger cultural polemic.

It’s a good book and I look forward to Yang’s next.