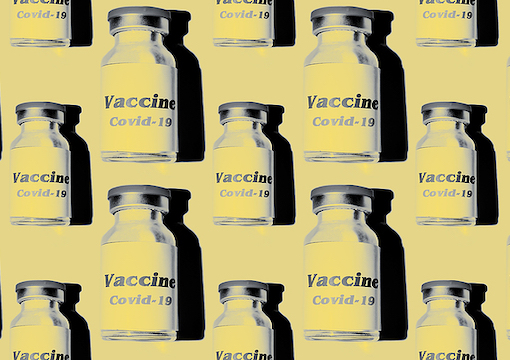 I’ve been pointing out for some time now that the acronym for the fashionable keywords Diversity-Inclusion-Equity is DIE. But I didn’t mean for the federal Centers for Disease Control to take DIE seriously when drawing up their Covid vaccine prioritization philosophy.

Yet when the CDC’s panel got together last month, they recommended that while it would save more lives to make the 53 million Americans of age 65 and over the second-highest priority for inoculation after health-care workers, “equity” instead demands that 87 million “essential workers” go ahead of the old, because they aren’t as white.

(Today, 77.6 percent of those 65+ are white compared with 60.1 percent of the total population and only half of children under 18.)

“If some whites were to hurry up and die, well, that would just make matters more equitable.”

Dr. Peter Szilagyi, a UCLA professor and member of the advisory panel, argued, in effect, that “ethics” necessitated discrimination against the old because they are whiter:

“To me the issue of ethics is very significant, very important for this country, and clearly favors the essential worker group because of the high proportion of minority, low-income and low-education workers among essential workers.”

As Megan McArdle points out, participants in the conference unanimously agreed that the DIE buzzword “equity” requires favoritism for workers over the elderly:

Now, you might think that ethical reasoning would suggest that life-or-death policies should be based on more neutral criteria such as age rather than on race. But that’s because you believe “All lives matter,” which is now racist.

If a CDC expert were to utter out loud that “All lives matter,” his career would be over. In 2020, our culture’s highest value is that Black (with a capital B) lives matter most.

For example, here’s the CDC’s PowerPoint of “Ethical Principles” from their Nov. 23 meeting:

As I’ve been pointing out for years, and it should have become clear to everybody at least in 2020, many American elites believe the big problem with the American populace is that it is too white. Thus, the idea of death draining America of its whiteness sounds like something they can live with.

For instance, a U. of Pennsylvania bioethicist named Harald Schmidt told The New York Times:

“Older populations are whiter,” Dr. Schmidt said. “Society is structured in a way that enables them to live longer. Instead of giving additional health benefits to those who already had more of them, we can start to level the playing field a bit.”

The reason that whites are a higher percentage than are immigrant ethnicities of the aged is not because America is rigged to kill immigrants (news flash—it’s not), but because whites got here first.

Which is considered another reason to despise whites. As we have been lectured over and over during the Scramble for America, white Americans don’t deserve America. It’s just a fluke that their ancestors happened to get to America’s magic dirt before more worthy races arrived from their tragic dirt. Hence, if some whites were to hurry up and die, well, that would just make matters more equitable.

In case you are wondering why “equity” has replaced “equality,” well, basically it’s because blacks have had equality under the law for two generations now without much improvement in their performance over the past forty-plus years. They don’t want equal protection of the laws; they want privileged treatment.

Moreover, use of the word “equity” hints baldly at what race activists really desire: the equity in your home and stock portfolio.

Now, the Woke don’t really wish whites to DIE, they just want to tax you and expropriate you: Don’t kill the goose that lays the golden eggs and all that.

But after you get too old to be a net contributor?

Strikingly, the CDC could have obscured their antiwhite racist animus with some reasonable arguments for favoring younger and more active people for vaccines.

In reality, the toll taken by the pandemic isn’t quite as bad as the top-line stat of one-third of a million deaths (or 0.1 percent of the population) suggests, because most of those dying have been old and/or sick, and usually both.

Looking at lists of celebrities who have died of Covid, it’s clear that most were well past their primes. For example, probably the most famous American athlete to die from the disease has been baseball pitcher Tom Seaver, who was only 74. (His father died at 93.) But he had retired from public appearances last year due to dementia.

In fact, the medical establishment has been weirdly hesitant to estimate a standard Quality-Adjusted Life Years toll for Covid like they have for almost all other diseases.

Or you could make the contention that we should focus on vaccinating “essential workers” because they are out and about far more than the very old, and therefore vaccinating them would likely limit the spread of the disease more.

Or the CDC could have argued that vaccinating workers would be better for the economy than focusing on aged shut-ins.

But the striking fact is that the CDC authorities did not bother to make sensible-sounding non-racist arguments that would covertly have a disparate impact upon whites. Instead, it was inconceivable to them that anybody might object to their plan for letting whites die more. They took it as a given that White Lives Matter Less.

Eventually, though, enough white pundits, such as Matthew Yglesias, objected, pointing out that the CDC’s philosophy would kill not only more whites (which was publicly unobjectionable), but more blacks as well. So the CDC panel ultimately compromised, recommending equal priority to those over 75 along with a more limited number of “frontline essential workers.”

But now the battle moves to the states, which have the ultimate power in choosing vaccine recipients. For example, California hasn’t yet bothered to publish a plan beyond a noncontroversial Phase 1A of inoculating health-care workers and long-term care facility residents. But the text string “equit” appears 17 times in even that document, hinting at what Phase 1B will look like.

Meanwhile, Florida and Texas are vaccinating those 65 and over. Florida governor Ron DeSantis said:

“The problem is people that are 73, 74 would be in the back of the line for a young 21-year-old worker who’s considered ‘essential.’ That doesn’t, I think, make sense.”

The good news is that the fights in the states over vaccine prioritization ought to alert more Americans to just what DIE portends for them.