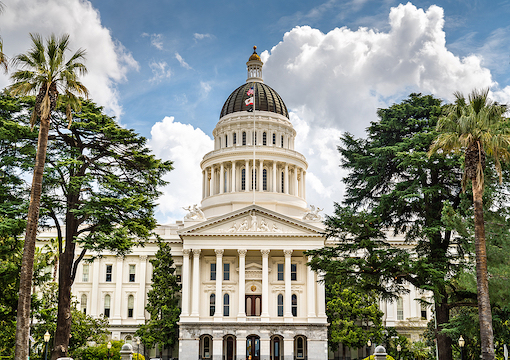 So what went wrong with the California recall?

Oh, not much. Just everything.

In last week’s column I predicted that a Newsom victory was assured. And I explained why a contest that was polling neck and neck a month ago was now a certain Democrat win.

Turns out “win” was an understatement. The “no on recall” margin of victory was in the millions (far more than voter fraud could account for).

How did things end so badly? Well, there’s not just one reason.

To begin with, the recall was born as a headless chicken, a bunch of activists collecting signatures with no game plan beyond “Let’s get this on the ballot.” Republican congressman (and wealthy businessman) Darrell Issa funded the 2003 recall drive because he planned to be the guy running against Governor Davis, so from the get-go there was a plan in place for where to take things after the recall got on the ballot (Issa dropped out when Schwarzenegger entered, as did L.A.’s Republican mayor—and wealthy businessman—Richard Riordan, who’d also supported the recall with an eye toward running).

So with the 2003 recall, there were always men of means at the top. And as I’ve repeatedly pointed out in previous columns, as much as ground-level activists hate hearing this, the “wee the peeple” grassroots marchers and demonstrators are almost always directionless, inept, and self-defeating without a moneyed mastermind at the top to channel their childlike energy.

Not to get all “Hitler vs. Strasser” on you, but in that particular debate, Hitler got it right in that a political idea alone is worthless without structured leadership, because “the peeple” left to their own devices usually fuck things up.

So the Newsom recall began life as backwards-Bane (“What doesn’t matter is our plan”).

Once it became clear that no “superstar” candidate was going to load in on the GOP side, Larry Elder (who waited until the last minute to announce, specifically to ensure that nobody more viable entered) jumped in. But Larry can only be Larry (at almost 70, there’s no changing that black leopard’s spots). As I wrote weeks ago, the focus of the recall needed to be on the “recall yes/no” question. No words should’ve come out of the mouth of any of the opposing candidates that didn’t directly address why Newsom needed to go.

But Larry’s a showman, and he made the recall the Larry Elder show, blasting explosive word-farts about off-topic things like abortion and slavery. Larry’s “incendiary soundbite” strategy worked great back when he was trying to garner ratings for his radio show. It worked poorly as an election strategy.

Now, I don’t want to beat a dead horse regarding MAGAs—I’ve already written about how L.A.’s most vocal rightist activists eschewed canvassing and voter information drives for brawls and grotesque public displays. But it needs to be emphasized that a symbiotic relationship has developed between the MAGAs and the GOP establishment guys they supposedly despise. In California for the most part, and in L.A. entirely, our GOPs never want to actually do anything. The fatalism, the belief that “we’re never gonna win so screw it,” is not a negative to them. They’re lazy, stupid, ineffectual people who embrace the rationalization that justifies their lack of effort, lest they be forced to confront the sheer magnitude of their sloth and ineptitude.

So when MAGAs become fatalistic, when they lose themselves in fantasies about Venezuelan vote-stealing killbots, when they join the chorus of “we’re never gonna win so screw it,” they’re actually playing right into the hands of the party establishment.

MAGAs cannot help but get played. By the feds, by the left, by the establishment, by their own vaunted God King. They’re the Elmer Fudd of politics…forever hunting wabbits that best them.

For example, when the MAGAs pestered and cajoled Larry until he bowed to their demand to publicly reverse himself on 2020 election fraud and embrace the Powell/Wood/Lindell “kraken” nonsense, the GOP establishment breathed a sigh of relief. Because—and Ann Coulter has pointed this out numerous times—whatever vote shenanigans occurred in November occurred due to “pandemic emergency” changes in voting rules that the GOP establishment didn’t bother to fight prior to the election. And that same GOP establishment now wants nothing more than to avoid responsibility for its inaction.

The lunatic vote-fraud theories of MAGA fantasists are exactly what the establishment needs. These people want you to blame evil robots and satanic pedophiles. Gets them right off the hook!

“No words should’ve come out of the mouth of any of the opposing candidates that didn’t directly address why Newsom needed to go.”

Look, you probably ain’t gonna take advice from me, but as a guy who’s mixed with the fringe for 33 years, I can tell you that the most easily misled and manipulated people on the planet are the ones who think they’ve figured out the “grand conspiracy.” That’s what endeared me to King of the Hill in its earliest episodes: the fact that Dale, the “conspiracy sleuth,” was the only one on the block unaware of his wife’s affair and his son’s real father. It was a funny bit, but it also touched upon a much deeper truth.

So the Dale Gribbles of MAGA and the “working can wait” bears of the GOP establishment play off of each other, furthering an inertia that leftists take advantage of. Again, I return to the theme of the need for a man of means, a “brain,” at the top. This not only corrals and channels the nutcases, it can also circumvent a work-shy party establishment. Like when the aforementioned Richard Riordan personally bankrolled a slate of L.A. school board candidates to oppose the preternaturally evil UTLA (L.A. teachers’ union). Riordan did it for the good of his city. Not for profit (like the wealthy donors whose only interests are low taxes and cheap labor), not for partisan politics (our local GOP couldn’t care less about opposing the UTLA), not to put on a show of sound and fury that accomplishes nothing (that’s MAGA’s specialty). In that way, Riordan was like a Soros on our side.

But he’s 91 now and no one’s taken his place. So with no “brain,” we got an anencephalic recall, an unchanneled base, and an apathetic party machine.

Now, while Larry Elder was fated to fail when it came to remaining low-key and sober in an election that wasn’t about two guys going head-to-head but one governor vs. his own public approval, the MAGAs didn’t help by forcing Elder to speak public comforts to them about krazy krakens and abortion. Contrast that with Newsom’s base. Newsom had two bills in front of him, passed by the Dem legislature, awaiting his signature. SB9 and SB10 would end the very concept of single-family residence zoning, allowing the construction of multi-unit dwellings anywhere and everywhere. Passed by the senate and assembly ostensibly as solutions to California’s “housing crisis,” the bills are pure leftist racial/social engineering claptrap, intended to destroy middle- and upper-middle-class neighborhoods by abrogating zoning regulations that prohibit the construction of tenements and Section 8 slums.

Newsom went the entire recall without saying one word about whether he’d sign or veto the bills. And his supporters—who love the bills—never forced him to make a statement, because expressing support for the bills would’ve cost him votes in affluent and middle-class areas. The supporters knew where he stood; they didn’t need to hear him speak it aloud when doing so might cost him a victory.

Get the point, MAGAs and pro-lifers? Let your man win first, then pressure him. Christ, that’s so commonsense, only people like you could fail to grasp it.

And exactly one day—one fucking day—after Newsom beat the recall by a landslide, he signed both bills. He didn’t even wait a token week to make it seem like he took time to think it over.

Something that used to annoy the hell out of me during my years as a GOP organizer is that if you ask rightist activists to downplay a particular beloved but unpopular issue for the sake of helping a friendly candidate win an election, they’ll take it as a personal slight, an insult. They want to charge into battle, giant flag flying. “Balls-out! Double-down! All ’er nuthin’! You don’t like it, ta hell with ya.”

Unlike Newsom’s base, rightists would’ve never allowed one of their politicians in a life-or-death election to soft-pedal a potentially damaging issue. And they’d be satisfied with the loss. “We lost, but at least we lost loud and proud. And in the end, ain’t that the real victory?”

This is why MAGAs continue to cling to Trump. He was always willing to be loud and proud about saying the right things…he just never followed through with actions that matched the rhetoric. But his base didn’t care.

Meanwhile, Democrats continue to win on messages engineered to sound moderate and reasonable, only to do exactly what they said they wouldn’t do once elected: “I’m not for defunding the police” (proceeds to defund the police). “I’m not for decriminalizing property crimes” (decriminalizes property crimes). “Critical race theory is a myth; I have no idea what it is” (knows exactly what it is and mandates it after taking office). “I’m not for open borders” (opens border).

If there was one bright spot in the recall debacle, it’s this: Exit polling showed that while college-educated whites were the most adamantly pro-Newsom demographic, non-college-educated whites and Hispanic men were the first and second most adamant groups in favor of the recall. Based on exit polls and election results from Hispanic-majority cities that have low numbers of college-educated residents, it appears that just as with Anglo whites, Hispanic males (not females) without degrees (laborers mainly, one can assume) were most likely to want to boot Newsom.

Following the election, the WaPo was forced to admit that “Latino men have been moving steadily to the right,” describing a “tornado of voting drifts” in Hispanic-heavy counties. Strikingly, this shift is due in part to participation from “low propensity” Hispanic voters (“voters who didn’t usually turn out to vote”). WaPo also grudgingly ceded that these Hispanic voters are less likely to be pro-immigration.

Gosh, who was that guy several weeks ago who wrote about how nobody really knows how that community will vote until they actually start voting?

The notion of an alliance of sorts between California’s working-class Anglo and Hispanic males is a tantalizing one.

If only we had a GOP machine willing to explore it (we don’t), and activists willing to do voting and registration scutwork instead of parading around like flag-draped drag queens at burlesque-hall rallies and brawls (we don’t).

We just have the fatalistic alliance.

United for the common bad.