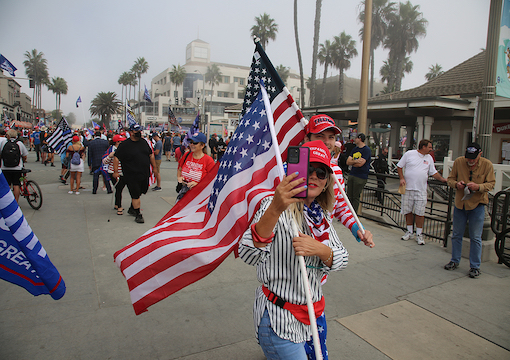 Recently, I wrote about my childhood friend Robert, a pudgy little Jew who got a hard lesson in reality at our majority-black high school. This week, I’ll lead off with my friend Greg. Greg was a short bespectacled nerdy white kid I knew in elementary school. He was a gratingly manic loudmouthed annoyance, but at our small neighborhood school, we tolerated him.

When we transitioned to a majority-black junior high, that changed. Greg repeatedly fell prey to bullies. I tried my best to help him, but he wouldn’t stop doing things that would lead to beatings (it wasn’t racial; white kids would rough him up too). He’d see the tall athletic boys get away with stuff—with girls, with other boys, even with teachers—and he’d want in. He’d be rude to girls; he’d be cocky to jocks, he’d clumsily act above his station. Yes, there was a double standard, but rather than finding ways around it, to outthink it (as I did), all he’d do was complain: “Why can they do it and I can’t?”

Greg eventually transferred out. But months before that, I’d already stopped hanging with him. I cannot stand being with people who refuse to learn and adapt. There are just so many times you can hear someone whine, “But it’s not fair.”

Fuck “fair.” Play the hand you have. Figure out a way around an obstacle. If you can’t think your way through something, I’m not gonna stand there and watch you get wedgied every day.

This’ll be my final MAGA-centered piece for a while; next week I’ll move on. My last column was about Trump; this one’s about his base. A base that’s become Greg. Always bemoaning the double standards. “Why do they get to riot and we don’t?” “Imagine if the situation were reversed!” “Life’s unfair!” “Waaaaaaah!”

A few days ago, I came across a Twitter thread by Unite the Right organizer Jason Kessler. He was bitching about how Tucker Carlson et al. defend the 1/6ers “while leaving Unite the Right out to dry.”

And I thought to myself, Unite the Right, 1/6, the Baked Alaska/Augustus Invictus-led mob attack on a community center “white privilege” seminar (which I covered back in 2018), the MAGA anti-mask mall invasions I covered in January…what ground was gained from any of it? I mean, I can tell you what was lost. Every one of those aktions led to either genuinely bad things that deservedly sullied the MAGA brand, or openings for the media to distort the event to sully the MAGA brand (like the “fine people” quote, which the media did indeed distort, leading to a momentum-killing side skirmish in which the right had to play defense to explain the “akshully” of the quote just to regain the lost ground).

“You are a gift to the left that absolutely refuses to stop giving.”

Now, I can tell you what BLM gained from its riots: a bunch of knee-jerk mayors and governors unthinkingly rushing to defund police. I can tell you what BLM lost from its riots: a massive plummet in public support and the potential for a backlash as crime skyrockets (they needn’t fear the backlash, as GOPs are more concerned with defending 1/6ers).

See what I did there? I listed one thing BLM gained from its excesses, and one thing it lost. Now, I can list a hundred things the right lost from 1/6, Unite the Right, and all the lesser street brawls and street theater. Can you list one thing it gained?

Did it ever occur to you that street brawling and riots are not your particular path to victory? That instead of looking at Antifa and BLM and saying, “Oooh, I’d like to get in on that action,” you should’ve been entertaining the possibility that what works for leftists doesn’t necessarily work for those who oppose them?

Like Greg, some of you are obsessed with the double standard. “Laquan can riot, why can’t I?”

“George Floyd isn’t held responsible for the actions that led to his death but Ashley Babbitt is! Waaaaaaaaaaaaaah! BLM has a martyr, why can’t we have a martyr?!”

It’s embarrassing. I’m as embarrassed to be a part of that as I was to be seen hanging with Greg.

Leftists get to riot because Soros DAs refuse to prosecute them. The “double standard” is baked into the system as long as Soros DAs are in charge. But certain rightist morons would rather hack at the branches of a tree they’re helping water than attack the roots. The solution to leftist riots is not to riot back. It’s to fight Soros and his agenda politically.

Why did Florida largely avoid BLM riots in 2020? Was it because of counter-riots? No. It’s because the state has generally resisted Soros’ cancer.

The smart move for the right is to make political use of the fact that the average American is against BLM violence and police defunding. But because the Gregs on the right like Carlson and Ingraham can’t stop bitching about “The double standard! Imagine if the situation were reversed!” they’ve allowed themselves to be maneuvered to where they’re now condemning cops and the Democrats are defending cops.

As with Unite the Right, ground was only lost and not gained after 1/6. And now a massive amount of GOP time and energy is being (mis)spent on either outright defending 1/6 or “akshully-ing” the distortions about that day (Brian Sicknick’s skull is the “very fine people” of 1/6, an untruth that will never die and that we wouldn’t be saddled with if a bunch of MAGAs hadn’t decided that the Antifa playbook was their key to victory).

At a time when the right needs to be defining itself as anti-lawlessness, because of 1/6, its “leading lights” are forced (by an activist base that demands it) to rationalize exactly the unrest that repels voters.

And voilà—as crime explodes nationally, the GOP is now being defined as the party that defends rioters, defends aggression against cops, and mocks and belittles officers. You think the Dems had that leftist black cop testify at the 1/6 hearing randomly? You think he wasn’t vetted with an eye toward what his appearance would provoke from the right? You’re the dog, they’re Pavlov. They knew exactly how Carlson and Ingraham and rightist Twitter would react. They chose a cop who would invoke the reaction they sought.

This is the arrogant stupidity of the Tucker right. You guys “exposed” Officer Dunn’s pro-BLM tweets as if you’d “outfoxed” the left with your superior sleuthing skills. “Look what [in Tucker high-voice] weeeee uncovered!”

The 1/6 hearings were purposely engineered so that cops would take the stand and big-shot rightists would slam them. Democrats could then defend cops, because Dems realize that they overplayed their hand last year with “defund the police,” and now their only way out in the face of skyrocketing crime rates is to do a switcheroo where they get you to seem anti-cop so they can pretend they were pro-cop all along (exactly what Biden is doing), thus robbing rightists of the ability to exploit the crime stats to their own advantage.

A recent poll showed that 73% of Americans are concerned about the rise in crime, but they’re divided over which party is better suited to address the problem.

Congratulations, dipshits. Job well done. The GOP has lost a signature issue. MAGA! Every night Americans can see Joe Biden falsely claim “we never said defund the police” as Don Lemon disingenuously champions America’s cops, while on Fox there’s Tuck and a bunch of GOP reps bitching about cops, excusing rioters, and decrying the fact that a trespasser who was part of a violent, cop-assaulting mob got shot while breaking through a window as a lawfully armed LEO warned her to stop.

You are a gift to the left that absolutely refuses to stop giving.

Take my local West L.A. MAGAs. I’ve written about these folks before. After Trump lost, they devoted themselves to storming grocery stores and malls (private property, but Lin Wood told ’em it was okay) to yell at people who were wearing masks. Well, they’re at it again. Last week they charged BLM-style into several supermarkets screaming at masked customers (one woman was reduced to tears and followed to her car by the mob). A few days later they harassed outdoor diners, just as BLM does.

But here’s the thing: Currently in L.A., we have two recalls going. The statewide Gavin Newsom recall, which is set for September, and the local George Gascon recall, which is still in the signature collection phase.

Think about that. There are currently two ways for L.A. MAGAs to make a concrete difference electorally.

If you don’t like masks or lockdowns, tell me…what do you think is more effective? Angrily harassing shoppers and diners? Or canvasing for Larry Elder in the recall?

Those MAGA morons could be out there working for the recall or collecting signatures to defeat Soros. But no. They wanna brawl. Because that’s what MAGAs have become: apologists for unrest.

I can hear some of you now: “They’re choosing street fights over electoral politics because they’ve lost faith in the system.” Bravo, bozos; you’re now fully BLM. “We take to da streets ’cuz we don’t trust da system, man! Riot be da language of da unheard.”

MAGA and BLM: soul mates in self-pity. “We wuz wronged, so we gots da right to act out.”

“This is what the hero left on his way out the door”: Trump’s slime-trail activist base that’s forced the GOP and its influencers to defend lawlessness at exactly the time they should be fighting against it.

The California recall rules are simple: If “yes on recall” beats “no,” then the replacement candidate with the most votes wins, no matter the number of votes. Literally, Caitlyn Jenner could get 50 votes and Larry Elder 95, and Elder becomes governor…as long as “yes on recall” wins.

So if you’re a Californian who hates masks, why would you be busting up restaurants instead of working toward a recall victory? And let me say for the record that on a personal level I despise Larry Elder. He participated in my “canceling” and used it as an excuse to default on a debt at a time when my mom was dying and I needed the money. As a man, he’s a disgrace. But he’s a genuine conservative; he’s no “kraken” fantasist or Bannon con man. I’ll vote for him, because it benefits my state.

I’m saying this to make a point: It’s not about me. My personal issues don’t matter in the big picture; Elder would make a fine governor.

“It’s not about me.” Repeat that mantra, MAGAs, the next time you’re thinking of doing something self-indulgently destructive and self-defeatingly stupid.

It’s not about you. As I said to Greg forty years ago, stop whining and get smart, or you’ll deserve every beating you get.