For Whom the Bell Curve Tolls 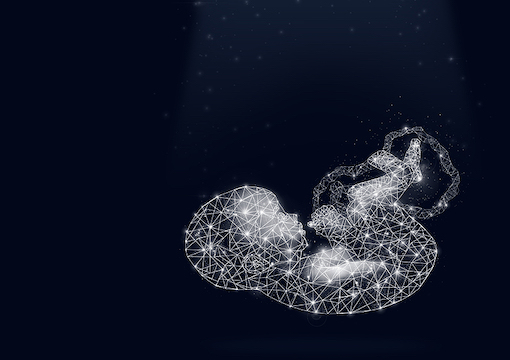 After a pandemic pause, momentum in behavioral genetics is once again building, threatening to undermine confidence in the conventional woke wisdom.

Now, I’ve been warning against genetic triumphalism because the world keeps changing and nobody knows what will come next. But the prospect for the left of being intellectually humiliated by future findings appears much worse.

The last major empirical contribution that boosted the left’s position in the IQ-race-genes argument was the late James Flynn’s discovery more than forty years ago of the Flynn Effect of rising raw IQ test scores.

“Even when it comes merely to debating rather than discovering, the quality of the left’s paladins is in free fall.”

In contrast, immense amounts of new data are pouring in. The cost of sequencing an entire human genome fell from $10 million in 2007 to around $1,000 by 2017, making possible studies of mind-bending scale. James J. Lee of the U. of Minnesota broke the million-person sample-size barrier in 2018 with an analysis of the genetics of educational attainment.

We are also now seeing 10,000-subject longitudinal studies including both IQ scores and genomes, such as in the new paper by John Fuerst and Gregory Connor that correlates racial admixture with cognitive ability.

Despite the smug assurance with which the “race does not exist” shibboleth is repeated, 20 million Ancestry.com customers and 12 million 23andMe customers have had their racial ancestry measured genetically.

And even when it comes merely to debating rather than discovering, the quality of the left’s paladins is in free fall.

In the 1970s, the science-denialist Establishment view was represented by actual scientists of achievement in their own specialties who were also cultured authors, such as Harvard biologists Stephen Jay Gould and the recently deceased Richard Lewontin.

A few on what remains of the pro-science center-left are becoming alarmed at the growing hatred of research among the woke. Thus, University of Texas psychologist Paige Harden is getting a big buildup for her upcoming book The Genetic Lottery: Why DNA Matters for Social Equality on how studying genetics can be good for equity.

The New Yorker this week has given Dr. Harden a nice puff piece:

Can Progressives Be Convinced That Genetics Matters?

The behavior geneticist Kathryn Paige Harden is waging a two-front campaign: on her left are those who assume that genes are irrelevant, on her right those who insist that they’re everything.

The book is an outgrowth of her 2017 Vox article with Eric Turkheimer and Robert Nisbett with the misleading headline “Charles Murray is once again peddling junk science about race and IQ” after a brouhaha erupted when Murray was allowed on a podcast.

Actually, the Vox article, despite being rather incoherent due to conflicts between Harden’s Christian moderation and Turkheimer’s but-is-it-good-for-the-Jews extremism, makes clear that Murray is more right than the conventional wisdom about at least four of five crucial issues:

(1) Differences in intelligence, as measured by IQ tests, are real.

(4) Standard racial categories like black and white are validated by genetic tests:

Human evolutionary history is real; the more recent sorting of people into nations and social groups with some degree of ethnic similarity is real; individual and familial ancestry is real….

(Modern genomics can do a good job of determining where in Central Europe or Western Africa your ancestors resided.)

But then the Vox authors toss in some don’t-cancel-us chaff to distract the dim bulbs:

However, a willingness to speak casually about modern racial groupings as simplifications of the ancient and turbulent history of human ancestry should not deceive us into conjuring back into existence 19th-century notions of race—Caucasoid, Negroid, Mongoloid, and all that.

Obviously, the last sentence is intended as misdirection. If you stop and think about it, the fact that modern population geneticists can not only determine that you are white or black but can even pin down precisely which part of Europe or sub-Saharan Africa your ancestors came from validates the existence of the larger continental-scale races posited by Enlightenment naturalists like Blumenbach. But nobody bothers to think: The point is to associate your enemy with words that 21st-century lowbrows find icky.

Finally, the three professors accuse Murray of playing unfair with them on the fifth and final question—whether genetics might underlie part of the racial gap in IQ—by putting forward a moderate, reasonable hypothesis, leaving them to defend a view that they know is prima facie implausible:

Murray makes a rhetorical move that is commonly deployed by people supporting his point of view: They stake out the claim that at least some of the difference between racial groups is genetic, and challenge us to defend the claim that none, absolutely zero, of it is.

But, they argue, due to the moral superiority of their preferred assertion, no matter how improbable it is, the burden of proof must fall wholly on Murray and his deplorable rationality.

But that was four years ago. Hopefully, Harden is now finally free of the baleful science-denialist influence of her dissertation adviser Turkheimer (who is perhaps the funniest living embodiment of the traditional Jewish worry that if the peasants ever figure out that Jews are smart, they’ll come for us with their pitchforks), and can come into her own. As Turkheimer admitted in a follow-up in Vox:

In fact, I will close by noting that not even the three of us are completely in agreement about it: I (Turkheimer) am convinced that the question is irredeemably unscientific; Nisbett accepts it as a legitimate scientific question, and thinks evidence points fairly strongly in the direction of the black-white gap being entirely environmental in origin; while Harden questions the quality of the existing evidence, but thinks more determinative data may be found in future genetic knowledge.

Harden is much younger than Nisbett or Turkheimer so she has good reason to be cautious about what the future may reveal.

Indeed, Harden is a lovely young woman, so she makes a good spokesperson for her position that studying the influence of heredity scientifically can help craft better social programs to aid the poor.

Indeed, it should. As the motto of Faber College in Animal House points out, “Knowledge is good.”

But Harden, who likes to cite Matthew 25:40 (“Truly I tell you, whatever you did for one of the least of these brothers and sisters of mine, you did for me”), believes exactly that: Poor people often are poor because they received poor genes in the “genetic lottery.” The New Yorker writes:

Harden argues that an appreciation of the role of simple genetic luck—alongside all the other arbitrary lotteries of birth—will make us, as a society, more inclined to ensure that everyone has the opportunity to enjoy lives of dignity and comfort.

The idea that we should look out for our fellow Americans and help out those who are born with fewer capabilities to get by sounds like something Jimmy Stewart would declare in a patriotic Frank Capra movie.

But, of course, to be practical, this policy depends upon limiting the scope of our charity to Americans rather than extending our generosity to the 96% of humanity that isn’t American. But old-fashioned national solidarity conflicts with our new moral mandate to allow mass immigration of the wretched refuse of countries that can’t manage their own affairs, such as Afghanistan.

The leftist philosopher John Rawls, whom Harden cites as an inspiration, justified his call for a Swedish-style welfare state by asserting his version of the lottery of birth: a supposed pre-birth “veil of ignorance” about your upcoming nature and nurture behind which you’d choose to minimize your risk. He dealt with the obvious danger to his system posed by foreign freeloaders by emphasizing the need for immigration restriction. Rawls wrote:

People must recognize that they cannot make up for failing to regulate their numbers or to care for their land by conquest in war, or by migrating into another people’s territory without their consent.

Do you really get your genes wholly through a random raffle, as Harden’s Genetic Lottery title implies? Or perhaps your ancestors and their decisions had something to do with it?

As an example of how extremely nonrandom assortative mating can be, here’s Harden’s 2010 wedding announcement in The New York Times:

The bride and bridegroom, who are assistant professors of psychology at the University of Texas in Austin, met at Virginia, from which each received a Ph.D. in clinical psychology.

And what about poor genes? If a society generously chooses to subsidize the victims of poor genes, can it take any steps to lessen the chances of them passing on those poor genes and thus expensively victimizing future generations?

Or is that eugenics, which is, of course, the worst thing ever?

The American aversion against cousin marriage is due to early-20th-century American eugenicists, such as biologist Helen Dean King, proving that marrying your first cousin could harm your offspring.

Afghans have very high rates of birth defects because they are so inbred: 28 percent of married Afghans are wed to their first cousins and another 7 percent of couples are double first cousins, who are as closely related as half siblings.

Not surprisingly, 39% of Afghan infants suffer unfortunate disorders. The average IQ of Afghans is probably depressed several points by their penchant for consanguineous marriages.

Questions for Dr. Harden in her chosen role as a proponent of genetic awareness:

Should the U.S. public be informed of the high rate of costly genetic problems in Afghans before letting in more of them?

Or should this kind of genetic knowledge be off-limits to American voters?

Should Americans attempt to persuade the huge number of Afghans who are now being admitted that their culture’s custom of inbreeding is wrong?

Or would enforcing our various state laws against cousin marriage be eugenics and discriminatory against Afghans and their right to move here and avail themselves of our tax dollars?

And do you really think liberals can hold an intelligent discussion of genetic questions like these in the emotional state that they’ve gotten themselves into?

I’m beginning to fear that our multiple current anti-intelligence moral panics might mean that Dr. Harden’s well-intentioned intervention is too late.