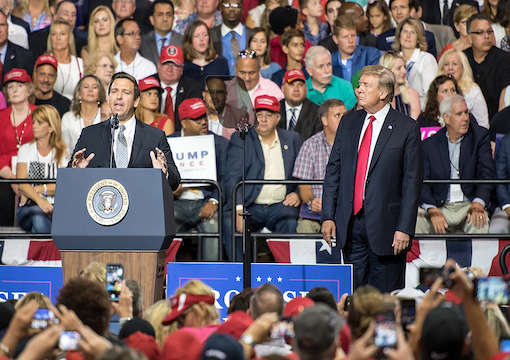 But Carlson can also be unintentionally funny. Last month he (or one of his writers) decided to rename the Jan. 6 riot the “election justice protest.” This was obviously some retard’s genius idea: “The left tags things with catchy reality-detached monikers like ‘Inflation Reduction Act’ and ‘Don’t Say Gay,’ so we’ll do it too!” And because the person was quite retarded indeed, he didn’t understand that you only use “catchy reality-detached monikers” when you’re trying to hide or deceive (i.e., hiding the reality of the “inflation” bill or deceiving about the reality of Florida’s scholastic anti-gender proselytizing law).

What made Tuck’s “election justice protest” branding so funny was that he used it all throughout August, desperately slipping it into on-air conversation every few days, and nobody noticed. It reminded me of Cartman trying unsuccessfully to get his classmates to talk about the Coon.

Finally, on Sept. 12, Cartman—sorry, Tucker—got tired of being ignored. He used his fancy new phrase three times in a row in his opening segment, and the next day the Daily Beast finally took the bait.

Tuck can be funny, but it’s rare that he’s unpredictable. So it was of some interest last week when he dedicated his opening monologue to Hispanic immigrants and how, more than born-and-bred Americans, they truly understand and respect the “rule of law.”

As Tuck likes to say: Huh?

Yes, Hispanic immigrants and Mexicans in particular are “more sensitive than most to the importance of the rule of law.”

So sensitive that these migrants enter the country by breaking the law.

Okay, you can say, and I’m sure this is what Tuck was implying, that the Mexicans who are fleeing to the U.S. are the “rule of law” lovers, chased out of their native land by the lawless ones. If that’s the case, why should we bother to resist the migration? My God, with crime as it is in American cities right now, we sure could use millions of law-and-order migrants!

Tuck’s bizarre Mexican monologue came two weeks after Steve Bannon at CPAC told MAGAs that they need to attract 60 percent of the Hispanic vote and prove themselves to Hispanics by “earning” those votes via action.

And if I seem to be the only sumbitch talking about that batty Bannon speech (seriously, everybody else is memory-holing it), it’s because I suspect that something’s afoot behind the scenes. Put Bannon’s “60 percent” speech together with Tuck’s “Mexicans are more Danish than the Danes” monologue, and you can either play it off as chance, or you can wonder if something’s up.

Well, technically two things are up. One is misguided, the other malevolent.

“Trump and his loyalists vs. DeSantis. That ugly, divisive clash is coming, and MAGAs are actively planning for it.”

Let’s deal with the former first. I write a lot about Hispanics, because I write a lot about L.A. politics and demographics. Indeed, some readers have even called me “soft” on Hispanics: “Cole says Mexicans made L.A. better when they displaced blacks; he thinks we should just open the border and import Mexicans all over the country. Now get this bowling pin outta my ass” (sorry, but I just assume that the people who can’t understand my plainly stated points are also people who randomly stick things in their orifices for no discernible reason).

Yes, the more that blacks are displaced, by gentrification on one end and Mexicans on the other, the better L.A. gets. That’s not something I ever say with glee; it’s just a fact. But if it’s true that Mexican neighborhoods are better than black ones, it’s only because blacks in large numbers are so bad. They throw the curve off to such an extent, that sure, by comparison, pretty much any other group is preferable.

Blacks don’t even respect the basic principles of self-preservation that have allowed the human race to propagate and flourish. “If everyone’s armed, and everyone knows everyone’s armed, no one will start trouble.” Well, that might work with whites, but a black will charge into a location where they know everyone’s as armed as they are, and they’ll start shooting, just because they feel disrespected or someone looked at them cross-eyed or their fries are cold or literally whatever.

This is a population that was already averse to the rule of law before being told by America’s elites that they’re sacred and everything they do is justified and nobody ever has the right to say no to them for any reason whatsoever. But now that they live with that sense of immunity, there’s practically no living with them.

And indeed, one of the ways in which Mexican migrants can appear conservative is that they outright reject the delusion of sacred blackness. We are a nation in the grip of a delirium, a lunatic belief system—damn near mandated by law—that blacks are divine and magical and untouchable and one must never show disrespect or say they’re wrong about anything or worst of all utter the “n-word” that blacks hate the most (“no”). And Mexicans reject that delirium. America’s “black sacredness” superstition means as much to a Mexican as an eruv wire means to a gentile. So Mexicans come here and treat blacks with the greatest of hostility—disrespect that would not be tolerated from non-Hispanic whites. Seriously, read these stories about how Mexican management treats black laborers in Southern Cal. And how Mexicans bomb and burn and harass blacks until they clear them out of a neighborhood.

Don’t mistake any of that for Mexicans being “right-wing.” It’s not ideological; Mexicans aren’t “anti-woke.” They just don’t like blacks. It’s racial, so don’t make it political. It’s not an argument for open borders; areas without large centers of blacks or Mexicans are better off that way. When you hear someone championing Mexicans or any Third World immigrants in impossibly grandiose terms, whether it’s a leftist saying “diversity is our strength” or Tucker saying “these are the true respecters of the rule of law,” it’s always nonsense.

Yes, Mexican displacement of blacks can improve a city or state (as in how Hispanic votes helped torpedo affirmative action in California). But don’t romanticize it like Tucker and so many other conservatives do. “More sensitive than most to the importance of the rule of law”? Bullshit. Weak thinkers always have to sentimentalize everything: “Hispanics are natural Republicans! Hispanics are flocking to MAGA! They’re one of us!”

No. Hispanics—Mexicans, especially (as, unlike Caribbeans, there’s not a huge black component to the demographic)—simply reject America’s governing mania of black supremacy, and that can make them appear palatable to the right. Understand it for what it is, use it to your benefit, but don’t idealize it.

Now, that’s the “misguided” part. But Steve Bannon is never innocently misguided. An inveterate schemer like Bannon always has calculated reasons for anything he does.

So what was with the “win over 60 percent of Hispanics and prove ourselves to them” thing?

Well, a big ugly battle is coming, and few on the right want to talk about it. But it’s inevitable, so there’s no point being in denial.

Trump and his loyalists vs. DeSantis. That ugly, divisive clash is coming, and MAGAs are actively planning for it.

I don’t normally turn my column over to random Twitterers I don’t know, but this person says it better than I could. Read this thread; this is exactly what lies ahead.

Trump and his diehards are preparing for their most important fight, and it isn’t with Biden or Harris or Newsom or any Democrat. They don’t see a threat there. The threat on their radar is DeSantis. Remember, as I’ve pointed out in column after column, MAGAs like Bannon have redefined the fight; it’s no longer “for America” but “for Trump.” And they see DeSantis and his growing popularity as the biggest threat to Trump. From their perspective, DeSantis is the only threat to Trump nabbing a “third” win in November 2024. And unlike Trump, as DeSantis is an actual officeholder, he can actively accomplish things politically to boost his popularity between now and then. All the Trumpists can do is brood.

To them, when the clash comes, it’s going to be vital to hit DeSantis among Hispanics. As the popular governor of the state with the nation’s third-largest Hispanic population, the Trumpists need to not only steal Hispanics from DeSantis but attract (or claim to have attracted) non-Floridian Hispanics like Mexicans, so that when the battle comes, they can assert that Trump is the only GOP candidate who can win the brown.

“Poor dull DeSantis, poor little Ron. He thinks America’s great, great Hispanics are in his corner. But they’re not. Nobody has Hispanic support like I do. Hispanics back me in numbers like you’ve never seen. Amazing numbers, incredible numbers. Boring little Ronny can’t even come close. The Hispanics love me.”

Forget the wall, forget deportations; do what you need to do to “earn Hispanic votes by your actions.” The new agenda isn’t America First but Trump First. As Bannon said at CPAC, the goal is “the return of Donald J. Trump to the White House,” not the defeat of the Democrats or the defeat of the antiwhite pro-tranny pro-crime plague that has blue-collar whites literally begging for someone to vote for who can end the madness.

And day after day, DeSantis shows those voters that he’s the guy.

That’s why the Trumpists are spite-wooing Hispanics. And why Mexicans now represent the “rule of law.” It’s groundwork for the internecine bloodshed Trumpists are gearing for.

You don’t wanna believe me on this? You wanna stay in denial about the coming clash? Fine. Let’s see where things are in a year.

And yes, I know that last Friday former Trump speechwriter and Trump super-loyalist Darren Beattie called me an “ugly dumb guy trash individual with a petty soul and a drinking problem” because of my views on Trump vs. DeSantis.

We’ll deal with that next week; I look forward to it.