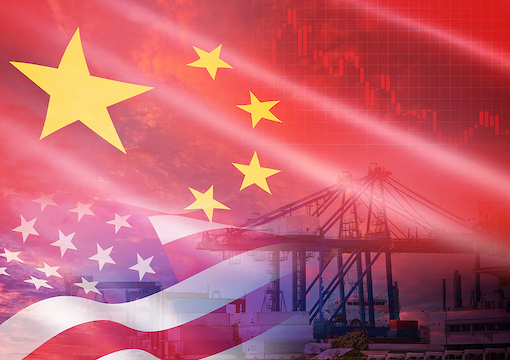 Poor old Tucker Carlson. All the man’s trying to do is educate you poor slobs about facts and evidence, and you turn on him like jackals for his measured rationalism.

Tuck didn’t accuse Powell of lying. He merely made the point that she’d yet to present evidence to back up her accusations. Indeed, Carlson stated, no one so far has provided evidence of the kind of large-scale conspiracy alleged by the more colorful members of Team Trump. “It doesn’t mean it didn’t happen,” Tuck said of the voter fraud claims. “It might have happened,” but so far people “haven’t seen any evidence that it happened.”

See what the guy is saying there? A claim without evidence remains merely a claim. Asking for proof doesn’t mean you’re dismissing that claim. In fact, it means you’re taking it seriously by seeking to know the substance behind it. And if there’s no substance, as much as one might want to believe the claim, an honest observer must remain skeptical.

That Tucker Carlson…he gets it. It’s not the assertion, but the facts. We may want an allegation to be true, but we must always stay grounded and demand solid proof.

[Swoons in admiration…takes a drink of Scotch…does a sudden, violent spit-take]

Dammit, I knew I recognized that sonofabitch from somewhere.

Carlson did more than anyone else in the media to popularize the factually bereft “FrankenCovid” hypothesis. And he did so without displaying even a modicum of that “Look, I’m not saying it isn’t true, I’m just saying there’s no proof of it” introspection. If I were cynical, I’d say that Tuck’s seemingly contradictory stands on the unproven, evidence-shy voter fraud claim versus the unproven, evidence-shy Covid mad-scientist claim might have something to do with the fact that Sidney Powell refused to appear on his show, while Steve Bannon, the prime driving force behind FrankenCovid, fed Carlson exclusive after exclusive.

But I’m not cynical, so I won’t say that.

What I will say, though, is that Tuck is currently taking a beating from MAGA loyalists desperately clinging to the voter fraud theory like it’s Holly McClane’s Rolex. Furious Trumpists are pummeling the poor guy as a “traitor,” “shill,” “sellout,” and, of course, “cuck.”

Welcome to the club, pally. When I dared to question the FrankenCovid thesis back in May, Steve Bannon devoted an entire segment of his podcast to denouncing me as a “Holocaust denier” while advocating that I be fired from Takimag. Think about that: I said, “The Covid lab theory has no evidence behind it,” and Bannon replied, “You’re a Holocaust denier who should be canceled.”

Not exactly the response of someone fronting a provable contention.

“It’s almost beyond comprehension just how little China has had to pay for disrupting the entire world.”

But my aim with this column isn’t to indulge in a personal rant; I’ve a larger point to make. As I stated in a previous piece, Trump got dealt a bum hand with Covid. That wasn’t on him. But his response was entirely on him. And how did he respond during the worst months of the pandemic? He became obsessed with Bannon and Carlson’s FrankenCovid yarn. For weeks on end, Trump kept promising proof—proof that never materialized, proof that almost certainly never existed—to back up the “China cooked up Covid in a lab” charge.

And what was the inevitable result of Trump’s FrankenCovid obsession? It took the focus off the actual things the Chinese did that caused the pandemic. It absolved them of their real crimes while accusing them of invented ones. The Chinese could now present themselves as victims of Trump’s lurid falsities. He gave the perpetrators an excuse to act the part of the aggrieved.

Trump could have played things to his advantage by just sticking to the facts. Because the facts don’t favor China one bit. The Chinese knew, post-SARS, that their exotic wildlife trade and wet markets were destined to birth another deadly zoonotic disease. They were warned of this repeatedly by Western and Asian doctors and scientists. And not only did they not heed those warnings, not only did they allow the conditions that likely created Covid to flourish, but they responded to the initial outbreak with typical Chinese secrecy and deceit.

Yet Trump, as was so often the case during his presidency, wasn’t satisfied with a situation he could easily use to his advantage without exaggeration or prevarication. Trump cannot help but seek the final panel of the Expanding Brain meme. Indeed, he went one panel beyond Carlson, who was content to merely assert that Covid was lab-created by accident. Trump, like Bannon, felt the need to go further, stating that it was created on purpose as a bioweapon (over the summer, Bannon staged a promotional tour for a marble-mouthed Chinese expat scientist who supposedly had “proof” of this claim, but all she did was repeat earlier speculation about how such a disease could be bioengineered; she presented no evidence that Covid had been).

Now here’s a funny twist: While foreign governments, the media, and the Democrats attacked Trump for traipsing into conspiracyland—as they slammed Trump for ignoring the evidence that Covid most likely had a SARS-like zoonotic origin—those same entities did absolutely nothing to pressure the Chinese to end the wet markets and exotic animal trade. Because of course they didn’t—they’re scared shitless of the Chinese. Or they’re on the payroll.

But Trump had backed himself into a corner. His “It’s a lab bioweapon and I have the proof, trust me” nonsense made it impossible for him to call out the Dems, the media, and foreign governments on their inaction regarding the wet markets and animal trade, because he’d been on record too many times saying those things were red herrings. Trump’s enthusiastic embrace of the FrankenCovid theory meant that no one on the right asked the Democrats or the WHO, “If you admit that the wet markets/animal trade birthed Covid, why aren’t you pressing the Chinese government to curb those practices?” because, to rightists, the wet markets and animal trade did not birth Covid.

Imagine if Trump hadn’t become transfixed by Carlson and Bannon’s FrankenCovid foolishness. He could’ve taken the lead in pointing out how the world was not holding China’s feet to the fire about eliminating the conditions that keep unleashing these pathogens. Instead, by going off on a tangent about lab bioweapons, he allowed his opponents to deflect from their own inaction by focusing on his unfounded theorizing.

And nobody’s happier about that than the Chinese. See, Carlson and Bannon peddled not just an unproven theory, but an outright lie. They claimed that the “Wuhan wet market” origin story was the Chinese government’s cover story of choice, a ploy, a smokescreen concocted to distract from their Frankenstein biolab. But now we know differently. The Chinese are opposing all efforts by Western health officials to pin the outbreak on the wet markets. Their “story of choice” is that Covid came to China via “imported frozen foods.” Scientists approaching Covid as a disease with a SARS-like wet-market origin are being blocked and stymied by the Chinese government.

Turns out the biolab theory was the “smokescreen” all along. The Chinese government was happy to see attention diverted from the unhealthy conditions and barbaric, inhumane practices that have led to so many deaths over the years from numerous zoonotic diseases.

With Bannon and Carlson’s help, the Chinese have skated, yet again. It’s almost beyond comprehension just how little China has had to pay for disrupting the entire world. China closes out the terrible year it caused in triumph, having vanquished Trump, who may very well have cruised to reelection had the nation not suffered the ruinous effects of the pandemic. And sure, we can blame the Chinese all day long—it’s not like they don’t deserve it—but it’s a bit more instructive to understand how Trump so badly bollixed his response to Covid.

And here I revisit a theme I explored several weeks ago…and while I generally don’t like making the same point twice in as many weeks, in this case I think it’s important to stress the destructive pervasiveness of a certain pathology on the right.

As I stated in that previous column, rightists are at their best when noticing the obvious things that the average person also sees, and they’re at their worst when they try to be “sooper sleuths” purveying Byzantine conspiracy theories that must be taken on faith. Rather than noticing the obvious regarding Covid—that it followed the exact same origin pattern as SARS, that the Chinese wet markets were proven breeding grounds for disease, and that the Chinese government refused to heed the warnings about those markets—those who had Trump’s ear chose instead to dictate a dime-store novel of mad doctors and mutant monsters.

And why? Because self-appointed “Great Men” like Bannon want to be more than mere “noticers.” Noticers are mortal. Noticers are average. Any time-card-punching nose-picker can “notice.” Guys like Bannon want more than an election win; they want to be the superdude who sees what you don’t and knows what you can’t. Bruce Wayne on a yacht benevolently helping out the simple folks with his extraordinary abilities.

Covid’s Chinese wet-market/animal-trade origin was fully exploitable for political gain with no embellishment necessary. But people like Bannon and Carlson needed something more than the truth, Bannon for the ego boost (and to satisfy his billionaire Chinese expat friends), and Tuck for the ratings.

Only an idiot of the most astounding magnitude could have thought that Americans in 2020 needed to spice up their lives with a sci-fi potboiler about mad scientists and biolabs. No one needed any extra “adventure” this year; reality was taxing enough. Trump’s embrace of FrankenCovid not only failed to resonate with voters, it was actually counterproductive (i.e., it didn’t just not help, it actively harmed), because it robbed the president of the opportunity to point out the China-fellating left’s hypocrisy—that they knew the likely origin of Covid and were too frightened, or too beholden, to do anything about it.

But of course these are lessons that won’t be learned by a base that even Tuck has come to realize is growing increasingly ungrounded. And if he’s now being bitten by the beast he helped nourish, it’s hard to feel sorry for him.

Still, I welcome his current embrace of evidence and skepticism.

Better late than never, I suppose.