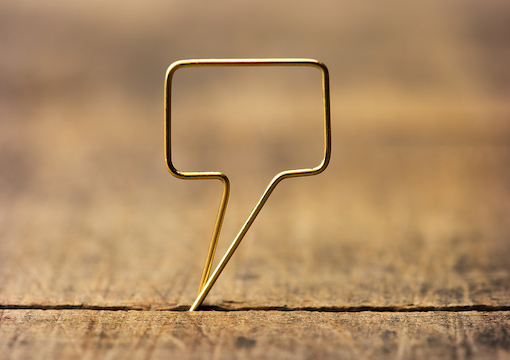 I’m back from two weeks in semi-self-imposed Twitter gulag after having refused the tech monopoly’s Darkness at Noon-style demand that I personally delete two of my tweets for being “hateful.” The requirement that I admit my guilt was reminiscent of how Stalin insisted that Bukharin and his other rivals confess to their imaginary crimes.

Violating our rules against hateful conduct.

You may not promote violence against, threaten, or harass other people on the basis of race, ethnicity, national origin, sexual orientation, gender, gender identity, religious affiliation, age, disability, or serious disease.

Ironically, it turned out that my tweets that they claimed somehow promoted violence are clear outgrowths of my horror at America’s high and growing murder rate. One of my “hateful” tweets was my linking to a National Review article by Robert Cherry, a professor at Brooklyn College. Cherry came to the same conclusion that other anti-murderist analysts such as Richard Rosenfeld and myself have reached: that the murder rate exploded in late May 2020 with the unleashing of the George Floyd Era. I wrote:

What caused 2020’s record increase in urban murders? It’s Black Lives Matter that got those extra blacks murdered by other blacks in 2020. “2020’s Spike in Urban Homicides Should Not Be a Mystery”

My other forbidden tweet pointed out how quantitatively minor was the problem of unarmed blacks being shot by the police:

There were 14 unarmed blacks killed by cops in 2020. Unarmed blacks are more likely to grab for other guy’s weapons: e.g., Michael Brown, Ahmaud Arbery, Rayshard Brooks.

Twitter then informed me I would be banned for 12 hours, but after that I could unlock my account by deleting my two terrible tweets:

By clicking the above button, you are removing the content of your Tweet and forgoing the option to appeal this violation. Please note that the original content will be replaced with a notice stating your Tweet is no longer available because it violated the Twitter Rules. This notice will be accessible via direct URL and from your profile timeline for 14 days….

“It became apparent that ‘as soon as possible’ means to Twitter: whenever we feel like it (if ever).”

If you think we’ve made a mistake, submit an appeal to us. Please note that should you do so, your account will remain locked while we review your appeal.

I am uncertain from where comes Twitter’s weirdly Stalinist angle of insisting you show your guilt by deleting your own tweets. Possibly it has to do with Twitter’s legal insistence that you own your own tweets (but you just can’t do anything with them if Twitter decides it doesn’t like you). Hence, Twitter isn’t hitting you, you’re hitting yourself.

Me being me, I refused to click the Remove button, because that would seem like an admission that Twitter’s libel was correct. Instead, I filed an appeal:

I tweet out, among much else, data-driven analyses of the causes of the record 31% increase in gun murders in 2020 over 2019.

You have chosen to suspend my account for 12 hours on the grounds that these tweets are “hateful” and “promote violence,” when in obvious reality they are “data-filled” and are intended to educate the public about the causes of the enormous increase in murders in the US over the last 9 months so America can have a data-informed conversation about how to lower the murder rate.

Twitter automatically responded that it would review my appeal and reply “as soon as possible.”

How long could “as soon as possible” be? What’s the longest that a $46 billion market capitalization corporation could take? Two days? Three days? That would be a good spell to take a break from Twitter, I thought.

After all, everybody hates Twitter, which is widely blamed for whatever anybody feels is wrong about the contemporary world.

In truth, I’m less anti-Twitter than most Twitter users. To me, the big downside of Twitter is that it destroys your attention span. Initially, reading Twitter had felt like getting pelted by dozens of ping-pong balls per minute. After a few years, though, I find it easier to make sense of, but harder to read books anymore.

I thought Twitter’s format was terrible until the character limit was raised from 140 to 280 characters in 2017, at which length I could begin to make interesting points. In the ensuing years, I raised my follower count to a middling 35,000.

I presume I’ve long been “shadow-banned” and otherwise throttled on Twitter, but what else can you do? Why use Twitter? While I already have a loyal body of readers to whom I am enormously grateful, every writer wants new readers as well.

But besides a lack of ability to publicize my writings, other downsides of having my account disappeared by Twitter quickly emerged:

I pretty much vanished from Google’s search engine. For whatever inscrutable reasons, the search giant gives my tweets decent recognition, while shoving my work on Taki’s Magazine and the Unz Review down the page. (By the way, if you want Google to find my old articles, include the word “takimag” in your search.)

And it became apparent that “as soon as possible” means to Twitter: whenever we feel like it (if ever). We’re a monopoly, remember?

During my absence, Charles Murray explained to his followers:

Steve’s being so stubborn. If he had admitted his guilt and promised to be a good boy, he could have been back tweeting about golf & architecture & popular culture.

All he had to do was refrain from being naughty. No more noticing the uncomfortably proximate relationship of the Black Lives Matter movement to the increase in Black deaths, or noticing that police face special dangers in certain situations involving Black suspects.

“Noticing” is borrowed from Steve, of course, who has written often about the war on noticing. I hereby notice that Twitter too has declared war on noticing. Or does that cross a line, @jack?

Finally, after two weeks of being unpersoned, I deleted the two tweets. (And then immediately tweeted out screenshots of Twitter’s derisible demand that I delete them. We’ll see what happens.)

It’s intriguing to remember that in the late 1990s the internet got along quite well without today’s domineering monopolies. Instead, public protocols facilitated email, discussion groups, and the Web. Back then being dependent on one firm seemed like an obsolete relic of the old AOL era.

That was a utopian era for users. But the popping of the Internet Bubble in 2000 revealed that there was too much competition under the 1990s model where the online world is based predominantly on open standards, such as Tim Berners-Lee’s World Wide Web protocols, to allow firms to harvest excess profits. The most cunning minds of Silicon Valley vowed never to let that happen again.

Twitter used to have a decent record on free-speech issues. In the early 2010s, it cooperated less with the American deep state than did other tech firms.

Moderation can do discussions a lot of good (I laboriously moderate comments on my blog at the Unz Review, for example, which encourages commenters to up their game). But quality moderators are expensive, so the social media companies typically use cheap Tagalog-speakers in Manila.

Fortunately, Twitter offered its users numerous tools to do their own moderation, such as by not following or muting or banishing people they don’t like.

But all good things come to an end. The Establishment has been reacting to the farcical intrusion on the Capitol much like Hitler reacted to the February 1933 Communist arson at the Reichstag: as an excuse to do now what was planned for later.

Clearly, the powers that be aren’t going to be coming up with constructive solutions for the media monopoly problem anytime soon.

But, in the long run, perhaps the solution to social media monopolies like Twitter is something like the beginning of the end of the AT&T telephone monopoly.

The phone company long contended that to maintain the integrity of its impressive network, all telephone handsets had to be built by its Western Electric subsidiary and leased from local phone companies. Finally, in 1968, the FCC allowed consumers to buy their own phones from other manufacturers and forced AT&T to let them plug into its network.

Just as I have an email client on my PC that aggregates emails coming from multiple networks, why shouldn’t social media be handled in a similar way? We got along without these monopolists in the past, and we can do it again in the future.