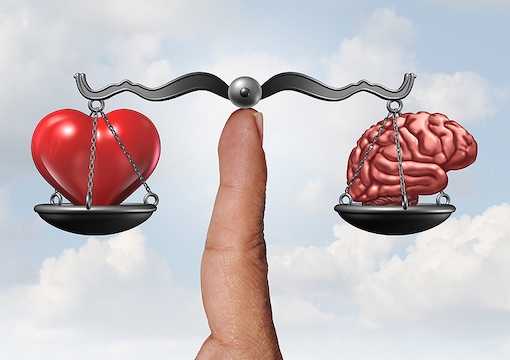 In Steven Pinker’s latest book, Rationality: What It Is, Why It Seems Scarce, Why It Matters, the best-selling cognitive scientist comes out, perhaps unsurprisingly, in favor of rationality.

Since the 1990s, Pinker has been a leading spokesman for a sort of ultra-sophisticated common sense. Rationality is his guide to how to think, a fun textbook version of Pinker’s popular Harvard class General Education 1066: Rationality. Thus, Rationality is more Pinker in his educator mode than in his polemicist mode (in contrast to his argumentative last book, Enlightenment Now).

So, much of Rationality won’t be wholly novel to people who, say, had read the classic blogs of the early 2000s. But, as Pinker points out in discussing the replicability crisis that has embarrassed much of psychology (other than IQ researchers, as he bravely pointed out in 2015):

As the physicist John Ziman noted in 1978: “The physics of undergraduate text-books is 90% true; the contents of the primary research journals of physics is 90% false.” It’s a reminder that Bayesian reasoning recommends against the common practice of using “textbook” as an insult and “scientific revolution” as a compliment.

Sometimes, Pinker is amusingly impatient with time-worn conundrums. For example, should you shove a fat man to his death to stop a runaway trolley from running over five workers on the tracks?

“Since the 1990s, Pinker has been a leading spokesman for a sort of ultra-sophisticated common sense.”

Nah. Instead, Pinker observes, the truly rational thing to do is to shout to the workers: Get off the tracks, there’s a trolley coming!

On the other hand, Pinker devotes seven pages to the famous Monty Hall Problem. On the old Let’s Make a Deal game show:

In 1990, when columnist Marilyn vos Savant, who billed herself as having an IQ of 228, told her readers in the Parade Sunday supplement that they should switch, pre-internet know-it-alls exploded in mansplaining derision: Everybody knows that gambling games are set up so that the odds are equal no matter what you choose! Even legendary mathematician Paul Erdős wrote in to scoff.

But Let’s Make a Deal wasn’t a gambling game; it was a game show intended to be entertaining, not fair. (If you are interested, here’s Monty’s own brilliant explanation to John Tierney.) So, she was right:

Vos Savant invited her readers to imagine a variation of the game show with, say, a thousand doors. You pick one. Monty reveals a goat behind 998 of the others. Would you switch to the door he left closed? This time it seems clear that Monty’s choice conveys actionable information. One can visualize him scanning the doors for the car as he decides which one not to open, and the closed door is a sign of his having spotted the car and hence a spoor of the car itself.

As you can see, Pinker is an extremely lucid explainer. (By the way, his 2015 guidebook The Sense of Style is one of the best writing manuals.)

Also, Pinker is not much of a snob. Rationality’s enormous number of examples and analogies are largely drawn from later-20th-century popular culture rather than from highbrow arts and letters (other than from analytic philosophers such as Wittgenstein).

Pinker’s favorite decade for references may be the 1990s, with The Simpsons and Scott Adams’ Dilbert as his go-to citations. (It can be hard to explain to young people today how hilarious, even exciting, Dilbert was in 1995 to us corporate drones who’d never before seen a tech office comic strip.) I wonder whether Harvard freshmen find good old Professor Pinker’s references to Prince and Talking Heads endearing, puzzling, or refreshingly novel?

Pinker increasingly loves telling grand old Jewish jokes, in part because Yiddish culture was especially savage in pointing out flaws in reasoning. But also, as Paul Johnson implied, because cosmopolitan Jewish intellectuals tend to become more ethnocentric as they get older.

It’s interesting that back in the 1970s when Edward O. Wilson realized he’d have to stake a credible claim to that distinction just to keep from getting crushed in Harvard biology department staff meetings by the huge egos of Stephen Jay Gould, Richard Lewontin, and James D. Watson, he taught himself, a bug-loving country boy from Alabama, how to write like a classically cultured man of letters.

These days, however, Pinker doesn’t see much need for that, although it could sometimes help. For example, Pinker wants to defend the rationality of humanity against the aspersions of Daniel Kahneman and Amos Tversky in their Linda question that is beloved by Mr. Spock-like computer nerds because they think it proves the stupidity of normies:

Linda is 31 years old, single, outspoken, and very bright. She majored in philosophy. As a student, she was deeply concerned with issues of discrimination and social justice, and also participated in anti-nuclear demonstrations.

Which is more probable?

Most people pick the second choice, even though that’s mathematically impossible to be more probable. In response, Pinker thrashes around for a while when he just could have name-checked “Chekhov’s Gun,” the great Russian dramatist’s advice:

Remove everything that has no relevance to the story. If you say in the first chapter that there is a rifle hanging on the wall, in the second or third chapter it absolutely must go off. If it’s not going to be fired, it shouldn’t be hanging there.

In other words, most readers charitably assume the narrator surely isn’t wasting their time by padding the anecdote with pointless details.

(Admittedly, I got that Chekhov quote not from perusing The Letters of Chekhov, but from TV Tropes.)

While much of Rationality is either apolitical or the usual “Trump: What a maroon!” stuff, a careful reader might detect occasional outbursts of crimethink, such as:

A major reason for the mistrust is the universities’ suffocating left-wing monoculture, with its punishment of students and professors who question dogmas on gender, race, culture, genetics, colonialism, and sexual identity and orientation. Universities have turned themselves into laughingstocks for their assaults on common sense….

For instance, this week MIT canceled a lecture by U. of Chicago scientist Dorian Abbot on exoplanets orbiting other stars because Dr. Abbot is skeptical of the Diversity-Inclusion-Equity (DIE) movement. (Perhaps Wokeness explains Fermi’s Paradox?)

In 2020 the brutal murder of George Floyd, an unarmed African American man, by a white police officer led to massive protests and the sudden adoption of a radical academic doctrine, Critical Race Theory, by universities, newspapers, and corporations. These upheavals were driven by the impression that African Americans are at serious risk of being killed by the police. Yet as with terrorism and school shootings, the numbers are surprising. A total of 65 unarmed Americans of all races are killed by the police in an average year, of which 23 are African American, which is around three tenths of one percent of the 7,500 African American homicide victims.

And as we know from the FBI crime stats finally released last week, murders in 2020, the year of the “racial reckoning,” were up by a record 29.4 percent, with the number of murdered blacks soaring to more than 12,000. Black Lives Matter got a lot of black lives murdered.

Pinker refers to the landmark 2005 Larry Summers brouhaha in which the president of Harvard was eventually canceled for, in part, citing Pinkerian reasons for why the Harvard math and mechanical engineering departments aren’t 50 percent female:

A second sphere in which we cannot rationally forbid base rates is the understanding of social phenomena. If the sex ratio in a professional field is not 50-50, does that prove its gatekeepers are trying to keep women out, or might there be a difference in the base rate of women trying to get in? If mortgage lenders turn down minority applicants at higher rates, are they racist, or might they…be using base rates for defaulting from different neighborhoods that just happen to correlate with race?…

But that’s the problem with a taboo…discussing when to apply a taboo is itself taboo.

Elsewhere, Pinker explains how once-notorious logical fallacies such as ad hominem (Pinker offers as an example: “We don’t have to take Smith’s argument seriously; he is a straight white male and teaches at a business school”), genetic (“Johnson cited a study funded by a foundation that used to support eugenics”), and affective (Your argument is inadmissible because it causes discomfort to politically privileged people, like me), are now seen as badges of virtue:

The ad hominem, genetic, and affective fallacies used to be treated as forehead-slapping blunders or dirty rotten tricks…. Yet in one of the ironies of modern intellectual life, they are becoming the coin of the realm. In large swaths of academia and journalism the fallacies are applied with gusto, with ideas attacked or suppressed because their proponents, sometimes from centuries past, bear unpleasant odors and stains. It reflects a shift in one’s conception of the nature of beliefs: from ideas that may be true or false to expressions of a person’s moral and cultural identity.

Sometimes the ad hominem and genetic fallacies are combined to forge chains of guilt by association: “Williams’ theory must be repudiated because he spoke at a conference organized by someone who published a volume containing a chapter written by someone who said something racist.”

Therefore, it was ironic but hardly surprising that The Guardian last week attempted to cancel Pinker by repeating Malcolm Gladwell’s complaint that Pinker had humiliated him in a 2009 book review in The New York Times by citing data I’d compiled debunking Gladwell’s knuckleheaded assertion that the NFL performance of college quarterback prospects “can’t be predicted.” The Guardian whoops:

…the journalist Malcolm Gladwell has called Pinker out for sourcing information from the blogger Steve Sailer, who, in Gladwell’s words, “is perhaps best known for his belief that black people are intellectually inferior to white people.”

Other beliefs of mine include that Reno is west of Los Angeles, the Holocaust happened, and the sun comes up in the east. The Guardian goes on to explain that because I am a bad person, according to the impartial geniuses Malcolm Gladwell and Angela Saini, logically, Pinker must be one too:

Angela Saini, a science journalist and author of ‘Superior: The Return of Race Science,’ told me that “for many people, Pinker’s willingness to entertain the work of individuals who are on the far right and white supremacists has gone beyond the pale.” When I put these kinds of criticisms to Pinker, he called it the fallacy of “guilt by association”—just because Sailer and others have objectionable views, doesn’t mean their data is bad. Pinker has condemned racism—he told me it was “not just wrong but stupid”—but published Sailer’s work in an edited volume in 2004, and quotes Sailer’s positive review of ‘Better Angels,’ among many others, on his website.

The article of mine that Pinker reprinted in The Best American Science and Nature Writing 2004 is my January 2003 effort “Cousin Marriage Conundrum” predicting that the Bush administration’s planned invasion of Iraq would fail at nation-building because the extraordinarily high rate of inbreeding in Iraq makes the population clannish—perhaps my most insightful essay ever.

Pinker is a really good editor.

But the ultimate explanation for the paradox of how our species could be both so rational and so irrational is not some bug in our cognitive software. It lies in the duality of self and other: our powers of reason are guided by our motives and limited by our points of view. We saw in Chapter Two that the core of morality is impartiality: the reconciliation of our own selfish interests with others’. So, too, is impartiality the core of rationality: a reconciliation of our biased and incomplete notions into an understanding of reality that transcends any one of us. Rationality, then, is not just a cognitive virtue but a moral one.