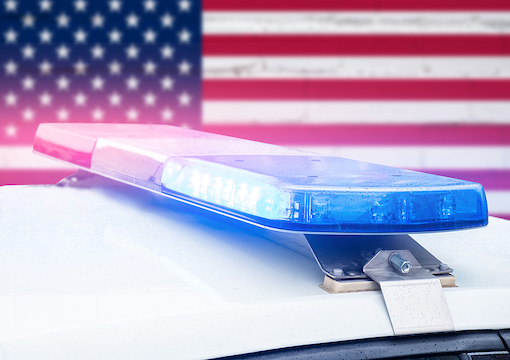 With institutional momentum for awarding vast reparations to African-Americans accelerating, it occurs to me that during the pandemic and racial reckoning we have already run a massive national experiment in what the likely society-wide outcomes would be from giving reparations and apologies to blacks.

The results are now in: not just more liquor and Escalades sold to joyous crowds, as in Dave Chappelle’s notorious reparations day sketch from two decades ago, but more murder and mayhem on the streets and highways.

I got to thinking about this while reading Scott Alexander’s Substack essay “What Caused the 2020 Homicide Spike?” in which he concludes that the main reason for the record increase in murders in 2020 was the Black Lives Matter protests and subsequent police demoralization.

“When you stop and think about it, of course shootings and wrecks are going to increase when the cops are told to cut back on proactive policing.”

I largely agree with Scott’s conclusions, although, having thought hard about this longer than he has, I’d phrase them more carefully. For example, there wasn’t a “spike” in killings because a spike on a time series graph implies both a sudden rise and sudden fall, whereas shootings went up and have since stayed up in our violent New Normal.

And I would put less blame on Black Lives Matter (an organization run by low-intelligence incompetents) and more on the American Establishment (by which I mean respectable politicians like President Joe Biden, giant corporations, the prestige press, academia, NGOs, philanthropists like George Soros and the Widow Jobs, churches, professional sports leagues, and so forth: what the British call the Great and the Good) for hysterically endorsing BLM’s anti-cop and antiwhite blood libels.

To put it in my reductionist manner, after George Floyd’s death, the Establishment wanted the police to hassle blacks less, so the cops hassled blacks less. And, unsurprisingly, more carnage ensued.

Try to think through the logic of this historic change from the point of view of the kind of lowlife most likely to shoot or be shot:

It’s May 30, 2020, in Chicago. There’s a warrant out for your arrest for roughing up your ex-girlfriend, and so you’ve been mostly lying low at your aunt’s house on the South Side, watching TV. When you borrow her car, you make sure to drive slow so nobody stops you.

There’s a party tonight on the West Side, but if a cop pulls you over on the way, you might do some jail time. And that crew you’ve been beefing with on social media might show up, which could be trouble. But if you got that handgun you stole out of where you hid it in your aunt’s attic and got stopped by a cop and patted down, you might go to prison. So, you’ll just stay home and watch the NBA playoffs instead.

But your friend calls and tells you to turn on WGN: The Chicago PD are all deployed on the Magnificent Mile trying to stop looters from ransacking the Water Tower mall. Plus, he says, lately they’re barely pulling over anybody because it’s the racial reckoning and they don’t want to wind up the next face of white supremacy.

Okay, you’re going to the party!

And you’ll take your piece. Just for protection.

And, if the police aren’t patrolling, you’ll have a few drinks before you go.

And, pretty soon, driving 95 down the expressway sounds like a good idea.

I’d say that by Scott’s stratospheric standards (he’s likely the finest new American intellectual to emerge over the past dozen years), this isn’t his best work. That’s because he self-crippled himself. As he admits in a comment:

Granted, nobody can do more pundit work in a week on a topic than Scott can, but still…I’ve been writing Taki’s columns for 25 months now presenting the latest data showing what a disaster the much-lauded “racial reckoning” is turning out to be. Trying to reproduce my findings with other, often inferior, evidence leads to Scott’s uncharacteristic sloppiness and lack of persuasive power.

In particular, due to his aversion to citing me, Scott misses the smoking gun I stumbled upon on June 8, 2021: Not only did homicides go up due to the Ferguson Effect in 2015–2016 as well as the Floyd Effect after May 25, 2020, but so did traffic fatalities. The car crash death numbers would be even more of a sociological slam dunk for his thesis than the shooting data.

When you stop and think about it, of course shootings and wrecks are going to increase when the cops are told to cut back on proactive policing.

But I discovered the connection. And it would be too obvious for him to rediscover it. But he wants to avoid citing me because…well, because I’m widely thought to be bad.

Why am I bad? Because I proved almost in real time what he’s demonstrating with a two-year lag.

While reading Scott’s piece and the voluminous comments objecting that the real cause had to be the economic despair caused by the pandemic, I tried to come up with a realist argument for blaming COVID.

And I think I’ve found a plausible case, although it’s the opposite of what everybody else assumes. Instead of the pandemic recession forcing Jean Valjean to turn to a life of crime to steal a loaf of bread to feed his family, the government’s immense funny money response to avert a crash put so much cash into random pockets that a lot of people felt empowered to live out their Grand Theft Auto videogame fantasies.

Rather than deaths of despair, the surge in black homicides and auto accidents after George Floyd’s expiration tended to be deaths of exuberance.

One obvious reason for the current inflation is that over the course of 2020 and 2021, the federal government gave out $838 billion in Economic Impact Payments to 165 million individuals as well as $94 billion in expanded and upfront Child Tax Credits. Another $659 billion was authorized for the Paycheck Protection Program for small-business job retention. And vast amounts were paid out to big corporations such as airlines.

Moreover, first Congress and then the Centers for Disease Control (out of all agencies) issued eviction moratoriums making paying rent more or less optional until the Supreme Court ruled last summer that the CDC wasn’t authorized by legislation to deprive landlords of immense amounts of income.

Most of these handouts weren’t earmarked by race, although the Biden Administration did announce that whites must go to the back of the bus for funds from the Small Business Administration’s Restaurant Revitalization program.

But the Money Printer Go Brrrrr economics of 2020–2021 gave us a premonition of what the impact of reparations would be like.

In late spring 2020 I noticed that, despite all the talk of economic doom due to COVID, middle-class neighborhoods in Los Angeles appeared to have an extravagant number of home improvement projects going on, judging by all the porta-potties in driveways.

And on July 4, 2020, poorer neighborhoods in L.A. set off an awe-inspiring quantity of illegal skyrockets in front-yard fireworks shows, perhaps triple the size of Independence Day 2022.

Apparently, a whole lot of Southern Californians in 2020 cashed their first stimmy check and drove to Nevada and spent their unspent rent on firecrackers. Compared to all the looting and arson going on that summer in the endemic George Floyd “mostly peaceful protests,” the downsides of this astonishing sky-show were minor: An apartment building burned down, a brushfire was quickly put out, and some tormented dogs ran off.

Since then, I’ve noticed that the settings of videos of black women engaging in weave-yanking brawls appear to have migrated more upscale from the old cliché of Chuck E. Cheese birthday parties to Spirit Airlines flights and Carnival Cruises.

I’m reminded of a story Tom Wolfe told about being invited onto a panel discussion at Princeton in 1965 with leftist intellectuals like Allen Ginsberg who went on and on about the Dark Night of Fascism Descending upon America. Wolfe, who had been reporting during that high point of American prosperity on stock car racers, surfers, kustom kar kulture, rock ’n’ roll producers, and demolition derbies, suddenly burst out: “My God, what are you talking about? We’re in the middle of a…Happiness Explosion!”

Likewise, over the past two years I’ve read countless articles about how blacks are cringing in dread of being gunned down at random by the police or having their hair brutally touched.

In reality, the anecdotes and the murder and road wreck data suggest we are in the middle of a black happiness explosion straight out of a Dave Chappelle skit about reparations day.