The Demonization of Core Americans 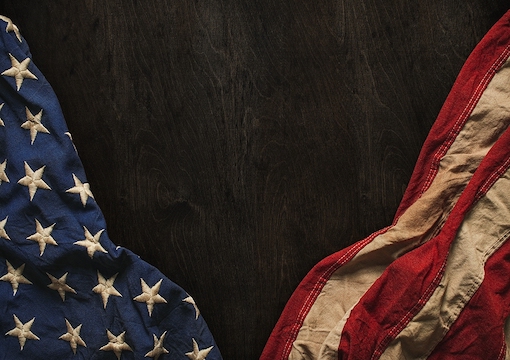 A seldom-explained problem slowing the Democrats’ march to a permanent one-party state is that while their electoral grand strategy is impressively opportunistic, sleazy, and dangerous to the country, Democrats don’t like to think of themselves as the cunning bad guys.

Therefore, they blow elections, such as last week’s governor’s race in Virginia, by taking their own rationalizations for their schemes at face value. Ironically, the Democrats’ success at generating talking points for the press makes it hard for them to remember that their gambits are ruses rather than ethical imperatives. So they wind up taking their stances too far for their own electoral good.

For instance, inviting in foreigners to vote for your party is, when you stop and think about it, a sordid and shameless way to win national elections. Hence, Democrats hardly ever think about it other than to boast of it (except when Tucker Carlson drives them into sputtering rage by mentioning what they are up to). They much prefer to think about how their enemies deserve what’s coming to them.

“Democrats want to believe that they are the good guys and that their stances are motivated not by self-interest but by morally superior ideals.”

So, the Democrats wind up committing own goals like Joe Biden condemning his Hispanic Border Patrol equestrian agents for trying to maintain order when overwhelmed by 15,000 Haitians crossing the Rio Grande. Of course, that’s not a smart way to flip Texas blue and thus assure themselves the White House forever. But Democrats tend to be so addicted to hate that they do stupid things like this.

Because Democrats dominate the respectable media, there’s seldom anybody to remind them—at least in between their occasional election setbacks—of the cynical origins of their beliefs. Granted, it’s pretty shameful that the Democrats try to get the rest of us to believe that importing ringers to vote for them is what America is all about, that egging on looters and murderers as Biden did on the second day of the Kenosha riots is justice, and that encouraging teenage girls to claim they are boys is health and sanity.

But, that’s what they do.

Instead, Democrats want to believe that they are the good guys and that their stances are motivated not by self-interest but by morally superior ideals. Yet, many of the purported principles that they’ve recently retconned into existence to justify their expedient tactics—such as that protecting America’s borders is racist, that rule of law doesn’t apply to blacks if they’re not in the mood, that “equity” requires you give up your home equity, or that society must encourage sulky teens to have themselves mutilated and neutered in the name of undermining the gender binary—are hate-driven lunacy.

The Democrats’ master plan is simple: to be the Party of Diversity, with “diversity” defined elastically as being the opposite of a core American. And who is a “core American,” you ask? Well, the more you have in common demographically with George Washington or Ben Franklin, the more of a core American you are, and thus the Bad Guy.

The great thing about diversity from the Democrats’ point of view is that they can manufacture more of it, both through immigration and through subsidizing identity politics.

Are they worried that, say, girls might grow up, marry, buy a house, have children, and vote Republican? Well, there’s a fix for that: The authorities can push impressionable young women to declare themselves male and put them on the path to chemical and surgical sterilization. Sure, most girls won’t go to that self-destructive extreme, but almost all females are sensitive to what the currently powerful advocate. So in a society that exalts transgender misfits as heroines/heroes, the time-tested routes to happiness are unfashionable.

For the nation, of course, the bad thing about diversity is that it’s divisive.

On the other hand, it’s not 1942, so we don’t desperately need unity at the moment. We can likely bump along without much cohesion for some time without anything all that bad happening. (Although in the 1850s, American politicians no doubt were also asking themselves, “What’s the worst that could happen?”)

That diversity is divisive is also a major internal problem for the Democrats. How can they keep their coalition of the margins from turning into a circular firing squad with, say, the fanatical Muslims and gay Jews at each other’s throats?

The obvious answer to Democrats has been by giving the fringes of American society a common enemy to hate, fear, and dispossess: core Americans.

But this reflex is premised on core Americans being too obtuse to notice, or too polite to mention, all the blood libels being circulated about them.

Moreover, the Democrats have set off a Darwinian struggle among their coalition of the fringes to be the top dogs of diversity. At the moment, blacks and transgenders have clawed their way to the peak of the ladder, leaving hard feelings in their wake among the losers, such as lesbian feminists, who are increasingly out of fashion and perhaps slated for hormonal extermination for failing to believe that a man in a frock is a woman.

Moreover, America now has the most absurd moral elite ever. Blacks are this country’s perpetual problem children and the ex-men are the most aggressively nasty, so the current dispensation is hardly a stable situation.

Why are Democrats so enamored with men in dresses that the Biden administration recently proudly announced that Richard “Rachel” Levine, who played linebacker on his high school football team along with fellow four-star Mark Milley, chairman of the Joint Chiefs of Staff, is the first female four-star admiral of the U.S. Public Health Service?

One reason is because the transgender fad snares young Americans to keep them from ever achieving what most often propels them into voting Republican: marriage.

But another reason is because Democrats believe they have discovered the one true political ideal: minoritarianism. After dallying with the majoritarianism of Jefferson, Jackson, Wilson, and FDR, the Democrats have come to believe that rather than be concerned with the interests of the majority, politicians should only look out for minorities, the smaller the better.

A skeptic might suggest that this fundamental change in outlook tended to correlate with the rise of Jewish political donors over the course of the last century. For example, among the fifty largest contributors in the 2018 electoral cycle, the Democrats got 76% of their money from Jews.

While Jews are a small minority, they tend to be prosperous, generous, and politically opinionated, so it makes solid sense for politicians to cater to their desires. But few Democratic politicians, other than the brave Rep. Ilhan Omar, want to admit this reasonable motivation.

Democrats have come to believe in their own heads that their concern for Jewish issues is not because Jews are rich and influential, which is just a trope so it can’t possibly be true.

That which goes unsaid eventually goes unthought. Instead, it’s because Jews, being a minority, need special care because they are constantly threatened by all the practically Nazi core Americans.

And lots of Democrats have come to believe this blood libel, as we can see by how they’ve fallen hard for the argument that because men in dresses are an extremely small minority, American society must therefore be upended at all costs to protect these fragile few.

Certainly, the Democrats picked the most tolerant group to demonize: normal Americans.

But when your party controls the media, the White House, and Congress, eventually even the nicest people get tired of having themselves, their ancestors, and their children denounced as the source of all evil who must pay.