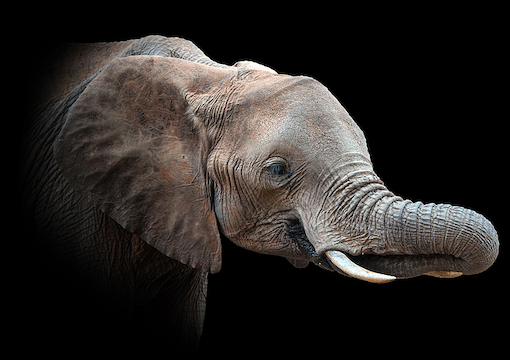 Last week I revisited a 2019 column of mine titled “Can the Right Fight Without Saying White?” The gist of that piece was that the right is trying to fight antiwhite racism without calling it what it is. In last week’s update, I pointed out that since the original 2019 column, other rightist scribes have made similar points. To be clear, I’m not claiming plagiarism; half the time all I do is state the obvious, and I’m hardly arrogant enough to think that I’m the only writer in these circles capable of such a feat.

In May, a writer named Ilana Mercer penned a piece criticizing the right for trying to fight antiwhite racism without naming it. I don’t read other opinion journalists, but this essay was brought to my attention by some of my readers due to its similarity to my 2019 piece.

In fact, Mercer makes a point that I didn’t, namely that rightists all too often try to play it safe by calling antiwhitism “Marxism.”

Is it racism? Is it Marxism? Apparently this is something rightist pundits like to argue about.

If you really want to understand the debasement and destruction of Western civilization, you gotta learn to see the entire elephant. Yes, antiwhiteness is one limb. Marxism/socialism is another. The leftists who exploited Covid to pay people to stay home, for example. That wasn’t race-based. But CRT? That is. Some folks want to destroy the West by disenfranchising whites. Others want to do it by enacting race-neutral economic policies that cripple the incentive to work.

Like an elephant, all these parts function in tandem. The elephant acts as one beast, the trunk doing its part, the legs doing theirs, the tail swatting flies, the ears flapping in the wind. Conspiracy-minded rightists have long clung to the “octopus” meme: a central brain calculatedly extending its tentacles in service of its devious plan. The elephant analogy is far more accurate. A number of moving parts working in concert. Sure, an elephant has a brain, but it doesn’t have self-awareness. An elephant is essentially on autopilot. Obviously, someone or something created the elephant. Depending on your personal beliefs, you can ascribe that to God or evolution. But putting the creator aside, the elephant is now self-sustaining. It needs no puppet master to feed, defend itself, and grow.

As an example, without the draconian Covid “stay home and don’t work” mandates pushed by welfare-loving mayors and governors, BLM and Antifa couldn’t have taken over the streets as they did last summer. Here in L.A. specifically, on any pre-Covid day there’d have been no way for a mob to swarm Hollywood Boulevard or Wilshire Boulevard (if you know our traffic, you’ll understand that point). One limb of the elephant cleared the streets and emptied the shops; another sent shock troops to riot and loot. And it happened organically.

Here’s a better example: tomboys. Did you know that there’s a coalition dedicated to exterminating the tomboy? Call it “The Final Solution to the Pippi Longstocking Question.”

“[I’m] a lesbian researcher of tomboyism trained in queer theory,” Lynne Stahl of West Virginia University wrote in the WaPo on March 22, touting her bullshit credentials as if they had merit. “Tomboyism as we know it arose in concert with eugenics. Fears about potential White extinction in the United States proliferated in the second half of the 19th century…. Child-rearing manuals began advocating for exercise and comfortable clothing, instead of the restrictive and harmful corsets then common, as means of making White girls fit to produce healthy White offspring.”

“If you really want to understand the debasement and destruction of Western civilization, you gotta learn to see the entire elephant.”

Laura Smith of the NYT, The Guardian, Slate, and Mother Jones echoed that sentiment in a Timeline piece: “Tomboys were a trend 100 years ago, but mostly to bring up the birth rate for white babies,” a “means to help ensure white racial supremacy.”

Amen to that, said Lisa Selin Davis of the NYT, the WSJ, The Guardian, and Salon: “In fact, tomboyism in America is firmly rooted in racism.”

Nineteenth-century tomboyism was, in fact, connected to one of the white middle class’s great projects of the time: breeding the white race. Tomboyism was stitched to whiteness, a form of white privilege.

Writing in The Atlantic, Elizabeth King concurred: “Tomboyism was a lifestyle that would benefit white women at the continued expense of black people.”

Some feel that “tomboy” is no longer a useful term, given that girls and women are progressively more free to explore their gender expression beyond traditional femininity.

Stahl, Smith, Davis, and King supply only one source—the exact same source—to back up their claim: a book by Ohio State University pseudohistorian Michelle Ann Abate. Yet one can read that book cover to cover (including the excerpts Stahl cites to “prove” her case) and not find a single piece of evidence to support the notion that the concept of “tomboy” was invented to make white girls outbreed nonwhites. Abate supplies numerous quotes from 19th-century health experts about the need to get girls out of corsets and into an active, healthy lifestyle (a rather feminist position), but the “white” part is all Abate’s invention. She theorizes (and like all ideologues, she takes it for granted that her theory is fact, because confirmation bias is a foreign concept to these lunatics) that since the health experts promoting the tomboy lifestyle were white, the entire enterprise must therefore have been a secret white-supremacy breeding program.

Here we see two parts of the anti-West elephant working in perfect tandem. The tranny lobbyists want to eradicate tomboyism, because it’s vital for them to indoctrinate young girls into thinking that if they prefer hiking, fishing, or climbing trees to wearing frilly dresses and playing with dolls, they’re actually “boys on the inside” who need to chemically and surgically “transition.”

The antiwhite lobbyists despise white women and look for any possible way to berate, humiliate, intimidate, and belittle them. Outgoing, outdoorsy white girls must be made to feel ashamed of who they are. Many tomboys prize independence and self-sufficiency; they must be brought to heel.

The tranny foot, the antiwhite foot. Working together to propel the beast.

Notice how seamless it is. No one is saying to young white girls, “Don’t be a tomboy.” They’re just saying, “Be a tomboy and you’re racist, which is the worst thing you can be. On the other hand, be transgender and you’ll be accepted and liked instead of ostracized and reviled. Plus, being a tranny is the only way a white person can claim coveted ‘victim’ cred!”

A bunch of moving parts, working in unison. This is why you shouldn’t focus on one elephant appendage at the expense of the others. One foot stomps whites, the other stomps the biological reality of male and female.

Marxism is yet another foot. A separate limb, but working alongside the others.

Then there are the elephant parts that don’t garner much attention, like the one I wrote about last week, the dynamic whereby contentious matters of race and gender become automatic online share-getters for news organizations. That’s the foot that’s just in it for the profit.

And don’t forget the utopian anthropogenicists, who are not so much specifically anti-West as they are generally mentally deficient. These are the (typically white) liberals who can’t accept an imperfect world, the cretins who fall for the line that weather must be perfect 24/7, year-round, and that if one year is drier, or one wetter, one hotter, one colder, it must be because of something anthropogenic that needs to be corrected, because perfect, uniform weather would be the norm absent mankind’s shenanigans. These are the poor saps who medicate because they believe that the natural state for humans is to “feel good” all the time, so a sad day or an anxious day is unnatural. Call the shrink and get a prescription.

These twits will never accept that racial groups that on average have lower scholastic test scores and IQs, and higher incarceration and violent crime rates, are “just that way.” No, that can’t be natural; it must be man-caused, because equilibrium is nature’s default. Therefore, there must be a cure, a key to undoing the man-made harm and restoring the natural state of perfect equality. Maybe it’s affirmative action, or “self-esteem” programs, or Ebonics, or reparations, or saying “African American” instead of “black,” or saying “black” instead of “African American,” or, at present, critical race theory. Past failures don’t bother these simpletons; to them, it’s all trial and error. If you believe with metaphysical certitude that there’s a eureka! to be found, you’ll never stop searching for it.

Ban asthma inhalers, and there’ll never be another hurricane. Remove statues, and blacks will outdo everyone on standardized tests. That fails? Try something else!

The anthropogenicist utopians are yet another elephant part.

The most unhelpful thing anyone can do is concentrate on one part to the exclusion of the others. Like how Tucker Carlson relentlessly (and retardedly) holds that the root cause of all race-based social engineering is that “the Democrats want more votes.” Tuck is the blind man from the parable. He can describe one limb, but he’s blind to the beast. In his June 29th opening monologue, Tuck declared that leftist efforts to “abolish single-family zoning” and “eliminate dutiful liberal suburbs,” replacing them with “black and Hispanic subsidized housing” and “drug-addicted vagrants living on the sidewalk,” can be chalked up to “Democrats wanting to win elections.”

That’s arguably the dumbest thing said on TV all year. Tuck even admits that “faithful Democratic voters are not for that.” So, he says Democrats are destroying the suburbs to win votes in the exact same monologue in which he also says Democrats lose votes by doing so.

But Tuck can only feel one elephant appendage: “partisan politics.” And indeed, that is one part. But it’s not the part behind flooding “dutifully liberal” suburbs with black and Hispanic vagrants and criminals.

Don’t be Tuck; see the whole elephant. Understand the entire destructive creature for what it is, and for how its parts function harmoniously.

Now, who made the beast, and who set it on autopilot?