The Nature of the Virus 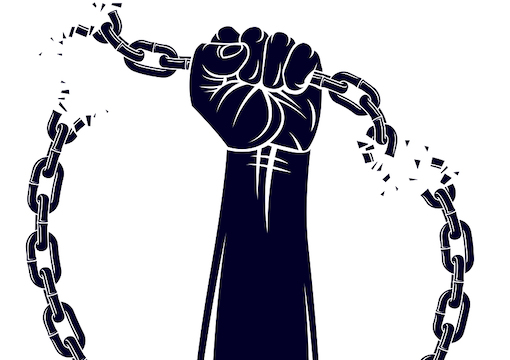 Opinion journalism in the respectable outlets has increasingly come to be dominated during the Great Awokening of the past half-dozen years by young Women of Color with soft major degrees who take whatever topic is in the news—global pandemic, Ukrainegate impeachment, a tribal elder being smirked at—and relate it to how society must learn to idolize more the beauty of women such as, to take a random example, themselves. Also, they tend to be extreme antiquarians who don’t seem to be cognizant of any history since the end of Jim Crow or even of slavery.

Perhaps the funniest example of this long-running trend appeared in The New York Times on Memorial Day when sociologist Sabrina Strings, author of Fearing the Black Body: The Racial Origins of Fat Phobia, weighed in with:

It’s Not Obesity. It’s Slavery.
We know why Covid-19 is killing so many black people.

To prove her hypothesis, she recounts her experience as “the only black person in the room” (a repetitious trope in this school of op-edizing) when she explained to public health experts why black people are sick:

My answer was swift and unequivocal:
“Slavery.”

Well, there you go.

Professor Strings went on to explain:

The era of slavery was when white Americans determined that black Americans needed only the bare necessities, not enough to keep them optimally safe and healthy. It set in motion black people’s diminished access to healthy foods, safe working conditions, medical treatment and a host of other social inequities that negatively impact health.

And that’s why African-Americans are so weak and puny today. For example, only 29 of the 32 first-round picks in the 2020 National Football League draft were black. If blacks weren’t still so malnourished from their slavery days, they would have made up 33 of the first 32 selected.

“In our unfortunately very real world, why do blacks tend to be somewhat harder hit by coronavirus?”

The important thing in this school of op-edery is that you never, ever attribute any black health problems to black tendencies toward obesity, diabetes, high blood pressure, or the like. It’s all slavery. And redlining:

In reality (and reality is rather important at present), coronavirus tends to kill the old, the obese, and the sickly. America, like Britain, though, has a lot of citizens who aren’t in the best of shape, so somewhat more middle-aged people have died here than in Italy, where the infection spread widest in some quite fit towns in the foothills of the Alps and hence almost only the very old died.

However, hospitalizations (and you really would rather not be hospitalized with this unpleasant disease) have been spread more broadly, with well under half the hospitalized patients being under 65. Fortunately, the younger have been more likely to emerge from the hospital alive.

Among those hospitalized in the U.S., obesity was the second-most-common accompanying condition, with 49.5 percent being fat, second only to hypertension at 58.6 percent.

On the other hand, large numbers of Americans in general suffer from these problems. For instance, in 2018 45 percent of all American adults and 75 percent of those over 60 were diagnosed with hypertension (which has recently been redefined down from having blood pressure of 140 over 90 to 130 over 80).

Hypertension (and the like) is often referred to as a “comorbidity,” which is widely misunderstood to mean something like “another cause of death” because the adjective “morbid” is commonly used to refer to death-related Halloween subjects such as skeletons and graves. Until very recently, I had assumed that “mortality” and “morbidity” both referred to death, but instead “morbidity” merely refers to the condition of having an ailment, with no implication that it will prove lethal.

So, references to the broad presence of “comorbidities” in those hospitalized or dead from coronavirus have tended to mislead many of us not familiar with the technical use of the term into thinking that the only patients at risk from the novel disease are people who were on death’s door already.

On the other hand, raw death totals from coronavirus tend to exaggerate its impact since it targets the old so much more than, say, 20th-century polio epidemics, which, while they never killed more than 3,145 in one year, picked on the young and often left survivors crippled for life.

Unfortunately, we can only guess at this point about how many survivors of coronavirus will suffer long-term problems. If we are unlucky we may lose more Disability-Adjusted Life Years among those who live than among those who die. Alternatively, we may realize we spent too much saving people who had already lived a long life.

Professor Strings is irate that anybody might dare mention black obesity (or, as she puts it, “obesity”) as a contributing factor to high black death rates:

This message is particularly important in a moment when African-Americans have experienced the highest rates of severe complications and death from the coronavirus and “obesity” has surfaced as an explanation. The cultural narrative that black people’s weight is a harbinger of disease and death has long served as a dangerous distraction from the real sources of inequality, and it’s happening again.

In Fearing the Black Body, the author discerns:

This is only the most recent incarnation of the fear of fat black women, which Sabrina Strings shows took root more than two hundred years ago…. The author argues that the contemporary ideal of slenderness is, at its very core, racialized and racist.

Dr. Strings is herself elegantly slender, which makes her an ideal media warrioress against racist fat phobia, not being much weighed down by her own topic of expertise.

So, how obese are African-Americans in reality?

Black men aren’t that fat…at least not by contemporary American standards, which are less than ideal.

The federal government periodically measures a representative sample of Americans so clothing vendors can figure out which sizes to stock. In their 2015–16 report, the average black man weighed 198 pounds and stood 5′ 9.1″ tall versus 202 pounds and 5′ 9.8″ for the average white man.

So we can call that roughly a tie in fatness.

So, black women tend to weigh about 20 pounds more than white women. In America’s distant segregated past, that wasn’t much of a burden for black women in competing for black men, since whites were off-limits. But in an era that despises racial segregation, which means that black women have to compete in the mating marketplace with other races, this extra average weight is an encumbrance.

Not surprisingly, female academics like to theorize that because, they assume, sexual attraction is wholly socially constructed (Foucault, 1975), they can simply hector society into finding their race hotter-looking.

Nobody has yet tested whether this popular assumption is true or not, but why bother? This faith is a steady source of topics for publish-or-perish articles.

In our unfortunately very real world, why do blacks tend to be somewhat harder hit by coronavirus?

For one thing, obviously, they tend to be more gregarious than other races, which is not a bad trait except during an epidemic spread largely by getting up close and personal with other people.

For another, blacks aren’t on average as persnickety about obeying rules, such as “Maintain a Six-Foot Distance” or “Thou Shalt Not Kill.”

Are there biological differences contributing to the greater coronavirus distress of blacks?

Perhaps. Movie mogul Tyler Perry is campaigning to persuade his fellow blacks to boost their vitamin D levels by getting out in the sun more or taking supplements. It’s not proven yet that vitamin D deficiencies are related to the new disease, but it’s not implausible, either.

Because blacks evolved at tropical latitudes, they tend to be deficient in vitamin D when they live as far north as New York or Detroit. Perry argues:

Because we are African American people, we are naturally deficient because of the melanin in our skin, it blocks out vitamin D. And for the most part—not all of us—but, a lot of us just don’t like being in the sun and that’s where vitamin D comes from.

In general, however, I’m not yet much interested in trying to figure out the role, if any, of human biodiversity in this new pandemic. Granted, we’ll probably eventually find that certain racial groups were more susceptible and others less so. But trying to predict which ahead of time has been a fool’s errand so far: The virus is novel, so how it interacts with human genetic diversity is bafflingly difficult to predict.

Ironically, my attitude toward the new virus on Nature vs. Nurture questions is much like those of many intelligent people I’ve encountered who assume that my views on race differences in test scores or running ability must be based on ignorance and if they only spend ten minutes thinking about it, they’ll surely figure out an explanation I’ve never heard of before.

In reality, of course, I’ve spent almost half a century thinking about these questions and accumulating a vast trove of data about them, so I never lose these arguments.

But nobody has been thinking about COVID-19 since 1972, so top-of-the-head theorizing about which people are most vulnerable is likely to be self-serving and wrong.

Similarly, I’m rather reluctant to posit viral genetic diversity as a cause of the many disparities we see in the rates of infection and lethality in different locales. Sure, you could explain a lot about death tolls by assuming that, say, Italy and New York City were hit by a particularly dangerous mutant version, while Austria and Florida are home to a more benign strain. But by assuming unproven differences in nature, you could explain away results that should be attracting your attention to differences in nurture.

You can do something about nurture a lot faster than you can do anything about nature, which those of us who don’t object to nature explanations on political grounds should still keep in mind.

For example, the governors of New York and Florida made contrasting decisions on the seemingly obscure policy question of which institutions to prioritize: hospitals or nursing homes. Andrew Cuomo chose, not all that unreasonably at the time considering what he was being advised by apparent experts, to do everything possible to keep hospitals from being overwhelmed, including off-loading possibly still-infectious patients to nursing homes.

But it turned out, to the surprise of most apparent whiz kids, that skilled labor-intensive ventilators weren’t very helpful at saving lives, and the demand for medical services from non-coronavirus patients largely vanished over the next few weeks.

Meanwhile, the Republican governor of Florida, Ron DeSantis, who was much criticized over his slowness to shut the beaches, made what turned out to be the crucial right call: to use hospitals to isolate the infected away from nursing homes.

But if you had assumed that the high death toll in New York and the light impact in Florida were simply due to undiscovered genetic differences between either the viruses or the people of the two states, you’d lack incentive to notice that the different paths chosen turned out to be a matter of life or death.

That’s why questions of nature vs. nurture remain the big leagues for intellectuals.