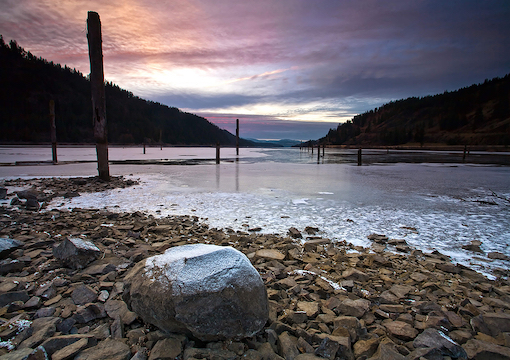 What I love about travel (and you probably do too) is how often it confirms stereotypes, even ones I didn’t know but ought to have guessed.

In this case, I just got back from the booming Spokane, Washington–Coeur d’Alene, Idaho region, towns I’d never been to before. I’m amused by how much about them I should have been able to predict just from clues I’d already heard.

For instance, as I may have mentioned once or twice, I’ve been concerned by the historic increase in traffic fatalities across America in the tumultuous spring of 2020, especially among blacks, after American cops cut way back on pulling over bad drivers due to Covid social distancing and the George Floyd racial reckoning. Tucker Carlson got around to mentioning last week how black traffic fatalities were 55 percent higher in June 2020 than in June 2019. Overall, black traffic deaths were up 27.5% in 2020 compared with a 2.5% increase among whites.

“In the progressive imagination, stoked by the Southern Poverty Law Center and similar junk mail geniuses, Coeur d’Alene is a notorious lair of white supremacists.”

Still, I was surprised—although I shouldn’t have been—to find that drivers in Spokane and Coeur d’Alene in 2022 are strikingly calm and cooperative, obeying speed limits and patiently deferring to other drivers at intersections.

One reason appears to be that Spokane, which is the most populous city on Interstate 90 between Seattle and Minneapolis, is something of an outpost of Minnesota Nice. More than a few people have accents like Marge Gunderson in Fargo. Whether that’s indigenous to the Inland Northwest or they are recent transplants from George Floyd’s state, I couldn’t say. Unlike the aloof Seattle personality known as the Seattle Freeze, inland people appear to be gosh darn nice.

Another reason is because Coeur d’Alene has cleverly solved the problem plaguing so many other Rocky Mountain refuges of how do you keep liberal Californians from moving in and voting for the same policies that helped push them out of the Golden State in the first place? Northern Idaho’s solution is to welcome in conservative Californians, such as Los Angeles Police Department retirees (most notoriously detective Mark Fuhrman, the designated villain in the O.J. Simpson conspiracy theory), who have been taking their pensions to Coeur d’Alene since the 1960s.

In the progressive imagination, stoked by the Southern Poverty Law Center and similar junk mail geniuses, Coeur d’Alene is a notorious lair of white supremacists.

A black journalist, Rich Benjamin, undertook to investigate this question in his 2009 book Searching for Whitopia: An Improbable Journey to the Heart of White America. He moved to Coeur d’Alene and took up target practice with cops, to St. George, Utah, and played golf with Mormons, and to Forsyth County north of Atlanta and went to a megachurch with Evangelicals. He found he was treated well everywhere (and that golf was really fun).

So, I should have guessed that the national push to defund the police and to stop cops from pulling over speeders hadn’t taken hold in Kootenai County. In one hour of driving in Idaho on Saturday, I passed four different spots where police cruisers had their lights flashing. (By the third instance, I was driving three miles per hour under the speed limit.)

Until the current decade, housing prices in Spokane–Coeur d’Alene were a little below the national average. That was a good deal for a place with lovely scenery and surprisingly fine weather. Although Spokane, at less than 100 miles from the Canadian border, is considerably north of Minneapolis, Spokane’s average January low is 16 degrees warmer, and its typical July humidity is 21 percentage points lower. (On the other hand, winters linger so long that at a restaurant on April 24, the warmest day of the year so far, the manager brought us a round of champagne for being her first customers of 2022 to eat out on the patio.)

So, the region attracted people who want to have a passel of kids. In general, it’s not a terribly religious part of the country—some sociologists call it part of the Unchurched Belt—but it’s convivial toward those who are. For example, I visited a very conservative Catholic church (“Don’t mention the Pope,” I was warned) full of large families with several small children, as were common everywhere in Catholic parishes before Vatican II. I hadn’t seen Cowboy Catholics before, but diversity is our strength.

As I pointed out in 2005, affordable family formation is the key to which places vote red and which blue. Inland metropolises can typically expand 360 degrees, so they have more potential supply of suburban land, while coastal and Great Lakes cities cannot, so the law of supply and demand makes their real estate prices higher. This has partisan consequences:

In parts of the country where it is economical to buy a house with a yard in a neighborhood with a decent public school, you’ll generally find more Republicans….

It’s a stereotype that a mortgage, marriage, and babies tend to make people more conservative.

But it’s a true stereotype.

On the other hand, there’s no denying the appeal of shoreline. Coeur d’Alene, for example, rests on a 25-mile-long mountain lake. Land is tight enough that the Coeur d’Alene Resort golf course’s 14th green literally floats on the world’s most stylized barge.

Spokane, 34 miles west of Coeur d’Alene, is the metropolis of the region, although at 229,000 residents, it’s only the 102nd-largest city in the country. But, unlike many larger Sunbelt municipalities, such as Mesa, Arizona (now with 548,000 people), it’s a real city with fine Robber Baron era architecture from its first boom in 1890–1912.

Spokane is by no means as conservative as Coeur d’Alene, but Trump carried Spokane County comfortably twice.

Even the city of Spokane is remarkably white by the standards of the latest Census: The municipality is 81 percent non-Hispanic white vs. only 60 percent for the U.S. as a whole. There are few immigrants besides some Russians and Ukrainians. This lack of diversity has much to do with why it’s suddenly in vogue.

Since the Black Lives Matter/Antifa crazes hit Minneapolis, Portland, and to a lesser extent Seattle (Capitol Hill Autonomous Zone) in 2020–2021, while the work-from-home trend made employees of Seattle’s corporations with what Neal Stephenson called “world-conquering business plans” (such as Amazon, Microsoft, Starbucks, and Costco) reassess their expensive housing costs, Spokane has been in fashion, in part because it has an old-fashioned urban core full of white people.

I’m reminded of Pittsburgh’s moment a decade ago when urban hipsters without trust funds, finding themselves priced out of Brooklyn, turned their attention to the Steel City with its first-rate skyline, surprising natural scenery, and white urban majority. (Similarly, “The Dream of the 1890s Is Alive in Portland.”)

Like Pittsburgh, Spokane enjoys a modest affluence by providing hospital services to the surrounding hinterlands. Still, Spokane doesn’t have numerous Fortune 500 headquarters like Pittsburgh or a world-class computer science department like Carnegie Mellon’s. Traditionally, it’s had an economy based on minerals, lumber, and wheat, plus regional middle management.

Its best college is the solid Jesuit school Gonzaga, whose striking success in basketball since local boy John Stockton’s career in the 1980s has brought a bit of glamor. Without local top (i.e., black) talent, Gonzaga specialized in recruiting players who would need to hone their skills over all four years in college to have the slightest chance at the NBA.

Back before the Great Awokening, the media devoted much attention to the early-2000s downtown Stuff White People Like craft food lifestyle. The idea that an American without a college degree who liked city living could get by working as a chef or a bartender in an ambitious locavore gastropub was appealing.

But all good things in modern America must come to an end. Housing costs are now soaring in Spokane.