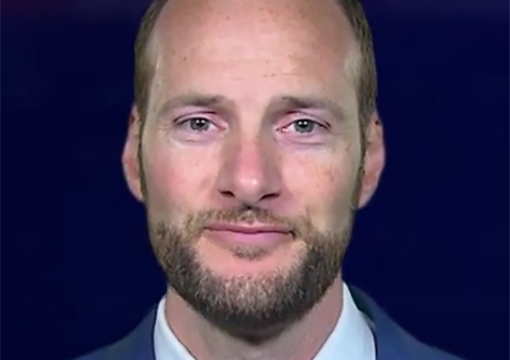 NEW TREND: DISTRICT ATTORNEYS WHO HATE THE LAW
If, like us, you’ve been wondering why poor retarded blacks and rich entitled whites have been looting and raping and burning and smashing and punching and destroying things with impunity from Memorial Day to Labor Day and beyond, wonder no more—it’s because many of the people entrusted to prosecute them are on their side. Rather than viewing them as criminals, they see them as Noble Agents of Change.

It’s the same reason that police followed what would appear to be illegal orders to “stand down” and let rioters run amok at Berkeley and Charlottesville a few years ago—because the Powers That Be have a vested interest in implementing a form of anarcho-tyranny that allows the lowest of the low to smash skulls with no consequences, while law-abiding taxpayers are afraid to even open their mouths for fear of eternal social ostracism and possible imprisonment.

The District Attorney of San Francisco—where people poop with impunity on the streets—is a man of indeterminate sexuality named Chesa Boudin. He is the son of Weather Underground Leaders and cop-killers Bill Ayers and Bernardine Dorhn, who started out trying to destroy America through violence and figured out it was easier to destroy it by acting like a worm in an apple. Boudin has enacted rules that make it more difficult to prosecute criminal suspects. Boudin is a former translator for overweight Venezuelan dictator Hugo Chavez and is an eager suckling of the milk that leaks from George Soros’s saggy, wrinkled teat.

Soros has contributed funds to help elect progressive DAs such as Boudin in San Francisco, Kim Foxx in Chicago, and Larry Krasner in Philadelphia.

In Portland, the never-ending riots have been enabled in large part not only by the cowardice of Mayor Ted Wheeler, but by the local DA Mike Schmidt, who has summarily dropped charges against hundreds of rioters who’ve been tearing out the city’s entrails since late May.

In Contra Costa County, CA, a black female DA named Diana Becton has announced that she will consider rioters’ “needs” before pressing charges against them.

The first thing a rioter needs is to stop rioting.

Along with others, and with no evidence whatsoever, Becton has claimed that the justice system is “constructed to control Black people and people of color” and prevent them from reaching the full glorious potential they exhibit in majority-black nations such as Haiti and the Democratic Republic of the Congo.

Bronx DA Darcel Clark—one of a seeming endless conveyor belt of fat black women with dueling racial and gender axes to grind—dropped charges against 300 or so rioters who attempted to rip apart what was left of the Bronx during a June rally.

This will not end well. Then again, this seems to be their intention.

NEE-GAH, PLEEZE!
Were you aware that the Chinese equivalent of “um” sounds eerily familiar to The Worst Word in the English Language?

USC Professor Greg Patton found this out the hard way while delivering an online lecture about “filler words” in other languages:

The Chinese equivalent of “um” is spelled “neige” but is prounced “nee-gah,” which is close enough to The Word That Shall Never Be Spoken that several easily bruised students in his class whined about being forced to “endure the emotional exhaustion of carrying on with an instructor that disregards cultural sensitivities” and having to deal with an obviously white supremacist instructor who doesn’t care that “Our mental health has been affected.”

Something tells us your mental health was “affected” long before you walked into this poor white sap’s classroom.

Patton desperately tried to explain that his intent was not to hurt any of the young nee-gahs’ feelings:

I have strived to best prepare students with real-world examples to make the class come alive. I did not connect this in the moment to any English words and certainly not any racial slur.

However, the university took the students’ side:

Recently a faculty member during class used a Chinese word that sounds similar to a vile racial slur in English. Understandably, this caused great pain and upset among students. We acknowledge the historical, cultural and harmful impact of racist language and offer supportive measures to any student, faculty or staff member who requests assistance.

But one of the kids’ mothers stood athwart history and shouted “enough!”:

This is political wokeness gone mad. Professor Patton was teaching students about Chinese business culture and how the expression ‘nee-gah’ is often used as a pause in negotiations. It was nothing to do with the N-word and there was no context for what he said to be interpreted as racist. It is heartbreaking. A wonderful professor has been suspended and put through this. It’s outrageous.

Why can’t the students stop burning Starbucks and start burning their own schools?

BOYZ N DA SPIT HOOD
The latest unhinged black drug addict to die in police custody and suddenly transform into an angel of social justice is one Daniel Prude, who back in March was tossed off a train for acting unruly, then was placed by police in the custody of a mental-health evaluator eight hours before his brother called 911 to alert them that his PCP-addled bro was running naked through the cold, dark streets of Rochester, NY.

When police arrived at the scene, they say Prude kept spitting at them and asking for their gun. They placed him in handcuffs and, since he allegedly refused to stop spitting on them, they placed a “spit hood” on his head to contain his saliva.

“The first thing a rioter needs is to stop rioting.”

Unfortunately, spit hoods apparently remind the dumb and impressionable of lynching hoods and Klan hoods and every other kind of hood except the kind that police use to protect themselves from potentially fatal pathogens. Prude died about a week later in the hospital. An autopsy concluded that his death was a homicide due to “complications of asphyxia in the setting of physical restraint,” listing “excited delirium” (which was also seen in the George Floyd case) and “acute intoxication” with PCP (whereas it was fentanyl in Floyd’s case.

I placed a phone call for my brother to get help. Not for my brother to get lynched. How did you see him and not directly say, ‘The man is defenseless, buck naked on the ground. He’s cuffed up already. Come on.’ How many more brothers gotta die for society to understand that this needs to stop?

Ashley Gantt, another fat black angry woman who is an activist that apparently shuns rigorous physical activity, criticized the police for not also having degrees in psychiatry:

Here’s a suggestion: Howzabout black dudes stop overdosing on hard drugs and causing mayhem in the streets as a result? OK, scratch that—it would actually save black lives.

WHEN WOMEN GLUE THEIR OWN VAGINAS FOR REVENGE
As we all know, we live under a patriarchy that espouses rape culture. This sinister patriarchal cabal spreads fake news such as the idea that women ever lie about rape. This has been scientifically debunked and discredited, even though women lie about rape all the time.

But let’s give a dago woman named Vanesa Gesto some credit for her gusto. Not only did she falsely accuse an ex of kidnapping her, raping her, and gluing her vagina shut with Krazy Glue—the daffy dame actually glued her own vagina shut to give her false accusation sturdier legs.

The hapless ex-paramour, Ivan Rico, actually spent a few days in jail before police reviewed Gesto’s allegations and concluded the scorned hussy was lying. She claimed to have been abducted in a black car, but CCTV footage revealed that the only vehicle on the road during the entire timespan she claimed to have been abducted was a public bus. They also unearthed footage of her buying the glue and a “kidnap kit” at a Chinese supermarket.

She has been sentenced to ten years in prison, which is plenty of time to sharpen a pork-chop bone she smuggles from the chow hall and use it to slowly unglue her lady bits.

Her mind? That obviously became unglued years ago.

EXERCISING YOUR FREE-SPEECH RIGHTS BY SHUTTING DOWN NEWSPAPERS
Due to dimwitted and hyper-romanticized notions about direct action and free speech and climate change and peaceful protest and somethin’-somethin’, a handful of about 150 activists for the global-environmentalist front group Extinction Rebellion were able to shut down the delivery of roughly 1.5 million newspapers in England one night last week. They camped their pasty asses outside a giant printing plant in Broxbourne, Hertfordshire that impacted the delivery of English news giants such as the Sun, Times, Sun on Sunday, Sunday Times, Daily Telegraph, Sunday Mail, and Daily Mail.

The protesters, who blocked all outgoing traffic from the print plant, muttered somethin’-somethin’ about how the newspapers were the ones actually inhibiting free speech because the British press was apparently sold out to the Powers That Be regarding climate change. Former Home Shadow Secretary Diane Abbott, a black woman who is so aggressively ugly that showing her face to people should be considered criminal assault, saw Extinction Rebellion’s actions as heroic:

They’re not criminals, they’re protesters and activists in the tradition of the suffragettes and the hunger marches of the 1930s.

Our media and our government are captured by vested interests. They do not want to see change. Three companies alone own 87% of the national newspaper market. These powerful vested interests are the real organised criminals. They are the true threat to our democracy. And it’s depressing – although no surprise – that so much of the political and media elite has jumped to their defence, and jumped at the opportunity to suppress people power and grassroots protest. We will not allow them to criminalise the noble tradition of non-violent civil disobedience.

If these people really wanted to be rebels, they’d make themselves extinct.

AH, LOOK AT ALL THE PRIVILEGED RIOTERS
Wokeness is nothing more than a conspiracy between the extremely powerful and the utterly powerless to destroy everything in between them.

This was illustrated with dramatic flair after the recent arrests of seven rioters, none of whom appear to be remotely colored, who over three hours caused an estimated $100,000 in property damage while claiming to represent the “New Black Afrikan Panther Party” and the “Revolutionary Abolitionist Movement.”

Clara Kraebber is a wee ginger saplin’ of only 20 whose mother is a Manhattan architect and whose father is a children’s psychiatrist. They own a $1.8-million apartment in Manhattan as well as a sprawling historical home in Connecticut that boasts four fireplaces.

Frank Fuhrmeister of Stuyvesant Heights lives at a lavish palace in legendarily tony Beacon Hill and is a freelance art director. He also has gigantic ears.

Claire Severine is a 27-year-old model who jet-sets around the world for photo shoots.

Elliot Rucka is the son of a famous and wealthy comic-book author from Portland.

Adi Sragovich is a student at the notoriously expensive Sarah Lawrence College.

Etkar Surette appears to be a tranny, a fantasy luxury typically denied to proletarians.

An unnamed NYPD officer commented on the disconnect between the rioters’ real lives and their fantasy personas:

This is the height of hypocrisy. This girl should be the poster child for white privilege, growing up on the Upper East Side and another home in Connecticut. I wonder how her rich parents feel about their daughter. How would they feel if they graffitied their townhouse?

Apparently there’s only one way to find out—not that we’d ever encourage criminal behavior.