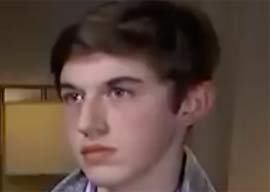 The Week’s Most Surly, Squirrely, and Girly Headlines

COVINGTON KID SUES WASHINGTON POST FOR $250 MILLION
Until it was buried under the avalanche of publicity surrounding the fabulist gay black/Jewish actor Jessie Smollett, the Covington Kids story was the most publicized hate-crime hoax so far this year. The major media jumped on a false narrative about Trump-supporting high-school kids bullying a Native American man until the true story was revealed—namely, that some Black Hebrew Israelites and the Native American man were bullying the kids.

The defamation lawsuit, which was filed in Kentucky last Tuesday, refers to Nathan Phillips as a “phony war hero” who was “too intimidated” by the Black Hebrew Israelites—who’d been lobbing slurs at the Native American group as well as calling the Covington Boys “future school shooters,” “incest babies,” and “dirty ass crackers”—so he targeted the boys instead:

Rather than focusing their attention on the Hebrew Israelites, who had been relentlessly insulting both the teenagers for almost an hour and the Native Americans attending the Indigenous Peoples March before that, Phillips and his activist companions approached the CovCath students from a distance while beating drums, singing, dancing, and carrying cameras to capture the confrontation on video….Apparently, Phillips, a phony war hero, was too intimidated by the unruly Hebrew Israelites to approach them, the true troublemakers, and instead chose to focus on a group of innocent children – a much safer endeavor for activist tactics of intimidation.

The suit goes into extensive detail chronicling exactly what happened, proving that the only people who weren’t aggressors in the debacle were the white Catholic teens that the media smeared. It alleges that the Post published seven “false and defamatory” articles about Sandmann from January 19 to 21 knowing that they were false.

It is our fondest wish that Nick Sandmann does to the Washington Post what Hulk Hogan did to Gawker.

STUDY: AMERICANS DON’T KNOW ANYTHING ABOUT AMERICA
A recent survey published by the Woodrow Wilson Foundation confirms that American voters may fall below the global average when it comes to being uninformed.

When administered, a “multiple-choice version of the test given to immigrants seeking citizenship,” only 38% of naturalized American citizens passed the exam. Under age 45, only 27% passed.

What’s worse, the only state where a majority of the citizens was the snow-white state of Vermont—and even then, they only squeaked by with 53%.

Other depressing findings from the study:

• A mere 15% of Americans knew what year the Constitution was written.

• A quarter of Americans were unaware that the First Amendment guarantees free speech.

• Fifty-seven percent of Americans did not know that Woodrow Wilson was president during World War I.

“The best argument against democracy,” Winston Churchill famously quipped, “is a five-minute conversation with the average voter.” And this study confirms it.

LESBIAN TENNIS HERO SHUNNED FOR SAYING MEN AREN’T WOMEN
Martina Navratilova is the pelican-faced lesbian whom many consider to be the greatest female tennis player of all time. She has openly declared her lesbianity and has actively agitated for all manner of lesbianic causes.

Still, it’s not enough these days.

“It is our fondest wish that Nick Sandmann does to the Washington Post what Hulk Hogan did to Gawker.”

An LGBT—which stands for “lettuce, garlic, bacon, and tomatoes”—group called Athlete Ally has removed the tennis great from their advisory board after she made some comments alleging that it’s unfair to female athletes to have male-to-female trannies competing against them:

Martina Navratilova’s recent comments on trans athletes are transphobic, based on a false understanding of science and data, and perpetuate dangerous myths that lead to the ongoing targeting of trans people through discriminatory laws, hateful stereotypes and disproportionate violence.

Here is a sampling of the hateful and totally unacceptable comments in question:

You can’t just proclaim yourself a female and be able to compete against women….There must be some standards, and having a penis and competing as a woman would not fit that standard….The rules on trans athletes reward cheats and punish the innocent….Letting men compete as women simply if they change their name and take hormones is unfair — no matter how those athletes may throw their weight around….It’s insane and it’s cheating.

The only positive to come out of this involves speculating which identity-based group of freaks will start calling trannies hateful and out of touch. Pedophiles? Practitioners of bestiality? Otherkin? We can hardly wait.

HATE-CRIME HOAXER JUSSIE SMOLLETT ARRESTED
After weeks of unbridled public outrage from politicians, celebs, and media morons about the idea that a gay black actor was accosted in subzero temperatures by two rednecks who punched him, threw bleach on him, wrapped a noose around his neck, called him the “F” word and the “N” word, and then yelled “This is MAGA country!,” Chicago police finally arrested Jussie Smollett last week and charged him with felony disorderly conduct for filing a false police report.

If convicted, Smollett, who pled no contest to providing false information to police back in 2007, could face up to three years in prison.

The day after his arrest, Fox TV announced that they were dropping Smollett from the last two episodes of their hit show Empire.

And last Tuesday, a conservative student at UC Berkeley was punched in the face and threatened with being shot for daring to suggest that hate-crime hoaxes happen.

GIRL CHEATS ON BOYFRIEND, FEELS GUILTY, ACCUSES GUY SHE CHEATED WITH OF RAPE, HAS HIM BEATEN
As everyone is well aware, the idea that women falsely accuse men of rape is a discredited trope that only serves to fuel misogynist hatred in a culture that encourages rape at every turn.

That’s why it is with great skepticism that we approach a story in the Daily Mail which claims that a 24-year-old university student in China, stricken with guilt for cheating on her boyfriend, accused the man she cheated with of raping her and persuaded her boyfriend to throw chili pepper in his eyes, smash a jar over his head, and kick him in the testicles repeatedly. We also don’t believe that the girl demanded the boy she slept with to write an apology not only to her boyfriend, but to his girlfriend. Neither do we buy the idea that she tried to extort her one-time lover to the tune of $5,000 “in exchange for his future.”

Anyone who’s spent any time around women knows that women would never do that. And if you say that we’re lying, we have no other choice but to falsely accuse you of rape.

FRANCE SEEKS TO CRIMINALIZE ANTI-ZIONISM
French President Emmanuel Macron has made it quite clear that he opposes all forms of nationalism, calling it a “betrayal of patriotism.”

This is why we find it highly confusing that he is in favor of a new resolution being discussed in the French Parliament that would criminalize anti-Zionism by conflating it with anti-Semitism.

According to Dr. Moshe Kantor, president of the European Jewish Congress, criticizing Zionism is what cowards do when they really want to express all the irrational hatred they harbor toward innocent Jews:

[I] absolutely welcome this discussion and hope to see it leads to concrete action because it is clear that the overwhelming majority of those who claim to be anti-Zionist use it merely as a cover for their antisemitism…anti-Zionists never claim that any other nation on earth, apart from the Jewish state, should be dismantled or is illegitimate so it is clear that this meets any standard of delegitimization, demonization and double-standards.

That’s funny—the only double standard we see is the fact that Israel is an ethnostate with a border wall, and we can’t think of a single other nation of Earth that can claim that. Strike it up to our unconscious anti-Semitism.