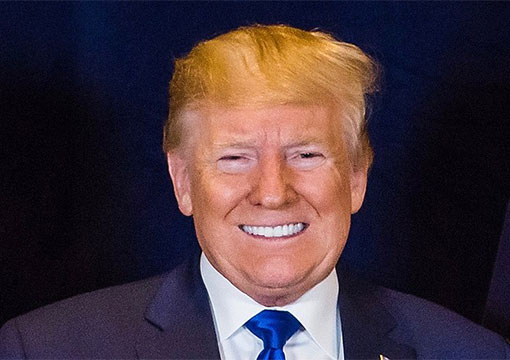 The Week’s Most Dyspeptic, Antiseptic, and Narcoleptic Headlines

IS CORONAVIRUS THE BEST THING THAT EVER HAPPENED TO TRUMP?
The thing about ideologues is that they will exploit any human tragedy in the service of their ideology, which is why it would be nice if scientists could develop a virus that wipes out ideologues.

In a cold shvitz over the fact that they’ve hand-picked a senile rapist to lock horns with Donald Trump this fall, the Democrat Party is now whining that Google has prevented them from running anti-Trump coronavirus-related ads.

But according to Democratic advisor Mark Jablonowski, who looks like this and expects people not to mock him for it, this sets a dangerous precedent that threatens to undermine democracy as we know it:

We’re in the middle of the defining event of this election and potentially a generation. To not allow political candidates to mention or discuss COVID-19 is something that has the potential to dramatically bolster Trump’s and Republicans’ chances of reelection.

Look at your purple striped bow tie, Mark. Look at that stupid expression on your face. You know nothing, Mark. Although we are mighty unhappy with Trump’s failure to deliver on core campaign promises during his first term, we hope he wins again just to see people like you cry.

THE GREAT POLITICAL CORONAVIRUS POWER GRAB
In times of crisis such as these, governments across the globe smell the opportunity to seize power.

But just as they do in times of plenty, the press only attacks the governments it sees as “right wing,” especially ones headed by the leaders for formerly communist countries whose citizens are rightfully wary of any situation where governments seize power.

The Associated Press, which to our knowledge has failed to ever criticize China, recently published an article accusing the Caucasian Christian leaders of Serbia and Hungary of using the virus as an “excuse to quell dissent,” as if that’s not what every leader of every shade and every political persuastion across the planet is currently doing. It quotes various “activists”—which is a term that people who actively avoid real activity tend to apply to themselves—about how Serbian President Aleksandar Vucic and hard-nosed Hungarian Prime Minister Viktor Orban of violating civil liberties and crushing dissent and “dismantling democracy,” which is a form of government which believes, against all evidence, that the average citizen has a clue about how to run things.

In times of crisis such as these, ideologues across the globe smell the opportunity to beat people over the head with their ideology. If the virus finds anyone, let it find them.

SAUDIS BLAME CORONAVIRUS FOR THEIR COWARDLY RETREAT IN YEMEN
Don’t you hate when people mispronounce the word “Saudi” so it sounds like “Salty”? It’s not as bad—but still pretty bad—when they say “Sawdy.” If you pronounce the “Sau” like “sow”—as in “female pig”—you’re getting closer to the actual pronunciation, which is something like “Sow-OO-dee,” but we don’t care about Middle Easterners’ feelings and encourage you to pronounce it “Salty.”

Saudi Arabia is one of those countries like Israel and China where if you’re an American and publicly criticize you them, they will find a way to cripple you irreversibly. Even though they orchestrated 9/11, you wouldn’t know it from listening to the American media. In fact, you wouldn’t know anything from listening to the American media, but if you don’t know that already, you’re never going to know it.

“Can’t everyone just stay home and eat their bagels and falafels like the rest of us?”

In 2015, a very cocky and headstrong Saudi Arabia invaded its tiny southern neighbor Yemen, a boring country that no one ever thinks about unless you remind them, and sometimes they won’t even think about it then. Saudi Arabia’s main purpose was to deter military incursions in Yemen by Iran, whose residents adhere to a rival sect of Islam than do Saudis, and these people are primitive enough to still be killing each other over which bearded ape was Muhammad’s true successor over a thousand years ago.

But ever since, Saudi forces have botched the job, missing key targets and obliterating civilians instead. And now that Iranian-backed Houthi rebels have seized an entire province in Yemen’s north, Saudi is hiding behind the COVID-19 pandemic and saying, “Hey, this is nutso enough already, but we don’t need the sniffles on top of it all, let’s declare peace and fight this evil little bug together.”

Once the dust settles, let’s sue Saudi Arabia for 9/11.

ISRAELIS SHOOT AT SYRIA, SYRIANS SHOOT BACK
What the heck is with these Middle Easterners and their constant tantrums?

Apparently for no other reason than just to be the jerks that the rest of the world says they are, Israeli fighter pilots ignored the fact that we’re all in this global-virus thing together and used “Lebanese airspace”—sounds like some kind of intimate practice between two consenting adult women—to fire missiles at a Syrian air base somewhere in the central province of Homs.

Syrian officials say they fired back and were able to shoot a few of the Israeli missiles down, which, if true, should be a severe blow to the libido of Israeli men in the coming weeks.

Can’t everyone just stay home and eat their bagels and falafels like the rest of us?

STUDY: WHITE CORPORATIONS BURYING NONWHITE COUNTRIES IN PLASTIC TRASH
According to the kind folks at Tearfund—an organization with an emotionally manipulative name that describes itself as a “Christian charity passionate about ending poverty”—filthy-rich Western junk-food conglomerates are literally burying the Third World’s squirming brown masses under a flotilla of plastic that may end human life there as we know it, provided that you find those people human in the first place.

“Coca-Cola, Nestlé, PepsiCo and Unilever dump half a MILLION tonnes of plastic pollution in six poor countries, damning report finds,” howls the emphatically British headline in the Daily Mail, a tabloid with a circulation of over 1 million and which therefore has the blood of a billion trees on its hands—metaphorically speaking, of course, not only because trees don’t bleed but also because newspapers don’t have hands.

…and encourage them to treat the following nations as their personal toilets?

What happens is that you have millions of squirming African children gasping for air as they’re being crushed under mountains of plastic. What happens is that you clearly have an enviro-racial scandal the likes of which this world hath never seen. We don’t even need to check—we know in our hearts that the corporations that are dumping all this plastic are owned by whites, just like everything is owned by whites. But run your peepers down that list of countries where they’re dumping all the plastic Diet Coke and Diet Pepsi bottles and Nesquik containers. Do you notice a racial pattern like we did? Good, glad to hear it—so why are all these white companies dumping all this cancerous trash on nonwhite countries?

To give you a sense of how much trash they’re dumping, it’s enough to fill a soccer field every 20 minutes. In many of these countries, soccer is the only recreational activity available to poor children. To us and many others like us, there is no logical explanation for this racially tinged global garbage crisis than the fact that white people hate when nonwhites excel in soccer, which is why they’re currently filling their soccer stadiums with empty plastic bottles.

POPULATION GROWTH STAGNATES ACROSS THE USA
If the current medical crisis and the eventual one-two punch of financial collapse and mass PTSD aren’t enough to signal that the body public has late-stage cancer, ponder the fact that America’s population grew less than half a percent in 2109—the lowest rate since exactly a century prior, when the Spanish Flu was decimating the world.

There were more deaths than births in 46% of America’s counties last year—up from 28% in 2010. Large dirty cities such as New York, Chicago, and Los Angeles all lost residents, many of whom fled to large dirty cities in Texas.

You may remember Baltimore, which in 1950 hosted a million people but last year dipped to below 600,000 residents for the first time since the Great Depression. Then everyone was given “civil rights,” the mayor encouraged rioters to “destroy” things until they blew off all that steam, and now the people who aren’t leaving in droves are getting murdered in cold blood. Things such as “crime” and “education” are getting blamed, but by now we should all realize what those words mean.

And as the dreaded baby boomers die off and more and more once-great American metropolises turn into haunted ghost towns, it will become clear that every subsequent generation consisted of “baby busters” who were so selfish they didn’t even bother to replace themselves.