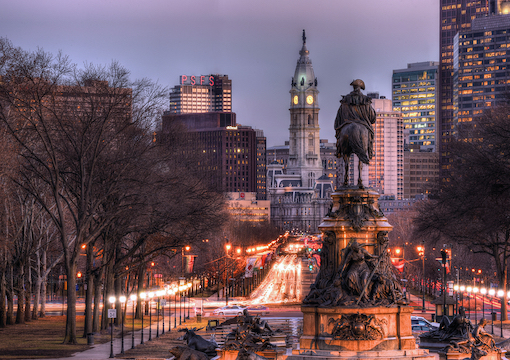 The Week’s Most Meditative, Innovative, and Vegetative Headlines

INCEL BLOWS OFF HIS OWN HAND WITH EXPLOSIVES, MAKING MASTURBATION AND GAMING MORE DIFFICULT
“Incel,” as we’ve been patiently explaining ever since the last time you failed to get laid, is a portmanteau of “involuntary celibate,” meaning a man who wants to have sex with women but can find no women who feel the same way about him. For years this status was an unmistakable mark of shame, but since the internet allows everyone to form a “community” around their dysfunction, there is now an entire movement of men who believe that it is society’s role to find them a woman who doesn’t find them repulsive. And this particular “community” has, to date, played at least a partial ideological role in the deaths of over 50 normal people who had no trouble finding sex partners.

Luckily for the cheerleading community of Virginia, a 23-year-old male unfuckable by the name of Cole Carini crippled himself before he was able to carry out his sinister plan. Last Wednesday, Carini walked into a Virginia health clinic complaining that his face had several open wounds and one hand was missing due to a lawnmowing accident gone awry. Police didn’t believe his story and quickly realized that Carini had a prior arrest on an explosives charge. When they investigated his home as well as that of a nearby relative, they found bombmaking equipment, trails of blood, and several pieces of flesh that Mr. Carini had disabused himself of in what was obviously a bomb-making experiment gone awry. They also found a partially incinerated note containing this passage:

He casually walked through the shopping mall, his jacket concealed deadly objects. He was doing it and was assured it must be done. Even if he died this statement was worth it! He had…tension that would come and go as he approached the stage of hot cheerleaders…A dead seriousness sank in as he realized he was truly passing the point of no return! He decided I will not back down I will not be afraid of the consequences no matter what I will be heroic I will make a statement like Elliott Rodgers [sic] did he thought to himself.

Elliot Rodger, which we’ve been trying to explain to you since the last time you bought a woman a free drink at a bar and she left without even kissing you, is the “Patron Saint of Incels” who left a manifesto explaining that he went on his killing spree because no girls wanted to bang him.

Mr. Carini faces a dim future. Now permanently disfigured by the bomb blast, he is less appealing to women than ever. And now with only the remnants of one hand left, his life as a masturbator and video gamer will be lonelier than ever.

“MISS HITLER” CONTESTANT JAILED
If you think it’s shameful to enter a beauty pageant to be selected as “Miss Hitler,” imagine the shame of not even winning.

Since Alice Cutter is described as a “former Miss Hitler beauty pageant contestant” rather than a “former or current Miss Hitler,” it is incumbent upon us to assume that she loss the competition to a prettier specimen. What we do know is that she entered the pageant using the moniker The Buchenwald Princess.

Now she is headed to jail for three years for her alleged membership in a “neo-Nazi terror group” called National Action that was banned in late 2016. She is charged with “exchanging hundreds of messages” with other group members online. She also apparently wrote some joke about using a Jew’s head as a football.

Three other alleged members of the group are also going away for stretches ranging from 18 months to five and a half years. From a cursory review of their cases, none of them did anything violent. None of them even threatened to do anything violent. They simply expressed an admiration for Adolf Hitler and his ideas. And doing so can get you sent to prison for years in England.

People seem to forget that Hitler lost that war. And it often seems like some people will never forgive him for losing.

CANADIAN PROTESTER ARRESTED FOR JUSTIN TRUDEAU TRIBUTE
Justin Trudeau is famous for two things: 1) being the son of a woman who had sex with all of the Rolling Stones and every one of their roadies; 2) wearing blackface.

Therefore it is more than a bit puzzling that in the midst of Torontonian’s valiant attempts to burn their own city down in honor of black people who resist arrest, a Canadian citizen who showed up at the protests in blackface as an obvious homage to the nation’s prime minister would be hauled off by police. It almost makes you think that everything they say about “the pigs” is true.

A combatant countered, “You’re fucking disrespectful! You’re a shame to all who came here.”

“If you think it’s shameful to enter a beauty pageant to be selected as ‘Miss Hitler,’ imagine the shame of not even winning.”

If you asked us, we’d say that the true act of disrespect involves saying the “F” word when women and children might be present.

PHILADELPHIA INQUIRER EDITOR RESIGNS FOR SUGGESTING IT’S NOT NICE TO BURN BUILDINGS
Philadelphia is a once-great city determined to lose every last semblance of greatness. While illiterate, innumerate, and confidently uninformed rioters burn down entire blocks, the Philadelphia Inquirer ran a headline that said, “Buildings Matter, Too: Yes, they can be rebuilt, while lives are forever lost. But that doesn’t mean they will be.” The article lamented that if more buildings are destroyed, it would “leave a gaping hole in the heart of Philadelphia.”

The day after the article appeared, 40 nonwhite staffers called in sick as a show of solidarty to express how deeply offensive they found it to compare precious black people to replaceable buildings. Now longtime Inquirer employee Stan Wischnowski, who’d been the paper’s leading editor for a decade, has resigned in the wake of the predictably childish tantrum that erupted in the wake of the gentle suggestion that it’s neither nice nor productive to burn down buildings. And senior editors wrote an apology for an “unacceptable” headline that had “offensively riffed on the Black Lives Matter movement, and suggested an equivalence between the loss of buildings and the lives of black Americans.”

WICHITA STATE UNIVERSITY TELLS IVANKA TRUMP TO GET BENT
Wichita is a bleak, ugly town in the midst of the flat, boring state of Kansas. You’d think that they’d be excited to get a visit from the president’s daughter, but NO—Ivanka Trump was disinvited by Wichita State University from giving a commencement address because her father is Donald Trump, and even though Donald Trump had nothing to do with George Lloyd’s death, and even though there aren’t really many black people in Wichita, her very presence at the university might lead a white police officer to accidentally kill a black suspect, even if the black suspect is high as a kite on fentanyl, has a heart condition, and is actively resisting arrest. What would actually be more likely is for someone to attack Ivanka Trump, but you keep forgetting that we don’t live in the real world anymore.

CHESS IN BLACK AND WHITE
ESPN just wasted thousands upon thousands of words on the story of an unknown Nigerian-born nine-year-old chess player who might—but then again might not—become the youngest chess grandmaster in world history.

Little Tani Adewumi was raised in a Christian family in a Nigerian village terrorized by the Muslim butchers of Boko Haram. His father was able to escape Nigeria with his family in tow. They hopped around from state to state and homeless shelter to homeless shelter until landing in New York City, where a grade-school chess teacher saw Tani as a prodigy. And indeed, Tani won the New York chess championship in March of 2019. This led to several media appearances—c’mon, he’s a black chess player—and an outpouring of donations to the family totaling over a quarter-million dollar. He still has about three years to become the youngest player ever to achieve the grade of “grandmaster,” but ESPN is hopeful.

ESPN also notes that if Tani were to become a grandmaster, he would be only the fourth black person—and second black American person—ever to receive that rank. Mind you, 1,300 or so people have received that rank.

In chess, it doesn’t matter if you’re black or white; if you attack and defend well, you have an equal chance of winning — and that’s what’s so beautiful about it.

Nice sentiment, kid, but if you were as smart as they’re claiming you are, you’d realize that when your “people” only account for three out of 1,300 grandmasters, when it comes to chess, whether you’re black or white makes all the difference in the world.

BIDEN: BLACKS ARE “NOT VERY GOOD PEOPLE”
Although we’ve already established that the best way for Joe Biden to win the presidency is by portraying himself as a virile rapist rather than an Alzheimer’s patient, we also hedged this bet on the idea that Biden wouldn’t flat-out declare that all black people are bad.

But that’s exactly what Biden did last week. Or it’s what he seemed to do.

While on a livestream last Thursday with three black activists who kept talking about blackness and how their blackness informs their politics and about how they truly have no ideas of their own besides thinking that “I’m black” is not only a political statement but an entire political program, Biden made the following horrifying statement:

Do we really think that this is as good as we can be as a nation? I don’t think the vast majority of people think that. There are probably anywhere from 10 to 15 percent of the people out there that are just not very good people. But that’s not who we are. The vast majority of people are decent. We have to appeal to that and we have to unite people.

OK, white people are still around 60% of the nation, so he’s not talking about them. And Hispanics—who like to have a lot of babies—are topping out at a little over 18% of the nation, so that rules them out, too. But blacks are currently 13.4% of the nation, which is smack-dab in the meaty part of the “10 to 15 percent” range. This is the most disgusting racist dog whistle we’ve ever heard—and not only have we heard them all, we’re not even dogs!