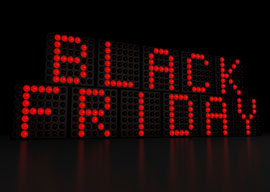 The Week’s Most Fractious, Fatuous, and Vacuous Headlines

AMERICANS LOSE FAITH IN ONE ANOTHER, CONTINUE BRAWLING AT WALMART
According to a press release on the AP-GfK poll site, only a third of Americans now say that most people can be trusted, while nearly two-thirds agree with the statement “you can’t be too careful” when dealing with others. In 1972, when the survey allegedly first asked the question, only half agreed with the latter statement.

Yet the same press release links to a PDF of the poll’s topline that fails to include the statement “you can’t be too careful” or even the word “careful.” Perhaps the main takeaway from all this is that you can’t trust the American press to report accurately on anything, even its own polls.

The press release cites the work of Robert Putnam in trying to help explain the decline in trust, yet it makes no mention of Putnam’s extensive research that tends to correlate increasing demographic diversity with a loss of communal faith. It also cites another professor who blames “economic inequality” for such distrust, but we’ve learned to distrust robotic meme-belchers who blame economic inequality for everything.

The day after Americans gathered around the family hearth to give thanks that they don’t trust”nor even know the names of”their neighbors to either side of them, American shoppers continued their ghastly annual tradition of committing acts of violence and cruelty on Black Friday. They employed tasers, knives, more knives, and guns in their mad quest to prove that the 99% is every bit as greedy as the 1%, only far less sophisticated in their methods. Women, children, and those of unspecified age and gender were trampled at Walmart stores across this grand land. Police officers from California to Illinois were injured while attempting to quell the shopping mayhem.

“It is almost without doubt that she will not use any of her settlement money to try and become pretty.”

It’s obvious to discerning and socially conscious minds that the main problem here isn’t unchecked consumerism or the generally obese, unwashed, and illiterate public that slobbers at its trough. No, it’s because the very term “Black Friday” is racist.

A FINAL SOLUTION FOR ANTI-SEMITIC JOKES
A writer for The Guardian decries a recent Australian joke that linked “Jewish people and money,” calling it “one of the oldest, most ridiculous, and dangerous antisemitic [sic] stereotypes of all,” despite the inconvenient facts. He proclaimed that “It’s time to eradicate antisemitic [sic] jokes once and for all” but did not go into detail about precisely what sort of legal measures would be necessary to exterminate such thoughtcrimes. Think Progress, which is funded by a Jewish billionaire who admits he helped send fellow Jews away to concentration camps, is chafing over a recent “anti-Semitic joke” told by a Virginia Republican that suggested some Jewish people may be a wee bit tight with money.

A kerfuffle has erupted at the UCLA Graduate School of Education & Information Studies”where you’d think grammatical accuracy would be prized rather than reviled”after students complained that racism was behind Professor Val Rust’s decision to highlight grammatical and spelling errors in their papers. An estimated two dozen or so demonstrators staged a sit-in to protest Mr. Rust’s shameless display of colonial white privilege by insisting that people who are taking graduate courses in education and library studies should spell things correctly.

Professor Rust brushed it off as an idiotic example of a “microaggression,” a term that an official UCLA report quotes “researchers” as defining thusly:

Never mind whether cumulatively, such institutionalized semantics constitute a rather non-subtle act of sustained and fully conscious macro-aggression against whites.

In other race-based news this week, we were told that “It Matters That Angelina Jolie’s White Child Plays With Black Dolls,” French “lifestyle journalists” shouldn’t pose in blackface, and it’s racist to throw bacon at Asian store clerks.

THE INCREDIBLE TALKING CHINESE VAGINAS
Inanely self-absorbed and egregiously anti-intellectual social-justice crusading is not only a pockmark upon American education, as evidenced by a “My Vagina Says” project recently showcased at China’s Beijing Foreign Studies University. Students, who actually signed off on a statement that read, “We want to talk about our vagina, to rediscover the power within our bodies and spirit” and apparently didn’t expect to be mocked for it, expressed surprise that “an ugly strain of misogyny” greeted them in online comments. If men’s penises could talk, they would probably tell your vaginas to shut up. As always, the vaginas aren’t the problem”it’s the endless monologues.

A fund-raising movement known as Movember that was ostensibly designed to enhance awareness of male health issues via sponsoring men to grow mustaches through the month of November, was slammed by an allegedly male writer at McGill University for being “sexist, racist, transphobic, and misinformed” as well as wallowing in “a general overload of testosterone,” an oft-demonized hormone that appears well on its way to becoming an illegal drug.