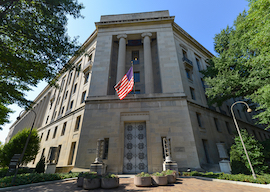 The recent upsurge among white liberals of their quasi-religious belief that racial differences in average behavior can’t possibly be real—“the Great Awokening”—is on a collision course with the routine workings of the criminal justice system, which finds that, say, blacks are several dozen times more homicidal per capita than are Asians.

Something’s got to give.

One interesting implication of the endlessly hilarious Jussie Smollett false flag is that due to technological advances, it’s becoming increasingly hard to get away with a crime, if the police feel like investing enough man-hours in tracking you down.

In Chicago, for instance, the cops wound up with gigantic amounts of evidence of Smollett’s guilt, such as video of the Nigerian bodybuilder brothers buying a red baseball cap.

Most, if not quite all, of the upscale Streeterville neighborhood of Chicago turned out to be under round-the-clock video surveillance. Likewise, almost every sidewalk in Manhattan, I am told, will eventually be recorded.

DNA technology is also making it harder to get away with murder. For example, in the Queens jogger murder case that was decided this week in New York, the cops started out with the assumption that the pretty young speech pathologist had been killed by “two jacked-up white guys from Howard Beach.” But when the DNA found under her fingernails turned out to be of black ancestry, the NYPD obtained samples from 384 sketchy black guys in the area.

Law enforcement has recently been making arrests in cold cases from decades ago. Killers and rapists are tracked down via their relatives posting their own DNA online.

Obviously, it’s extraordinarily premature to be talking about the End of Crime.

“With its furious hunger for hate hoaxes, wokeness is a hate-based faith dependent upon demonizing whites.”

On the other hand, keep in mind that criminal justice majors aren’t usually the highest SAT scorers, so don’t trust the police to apply all this new technology faultlessly. Also, in the most serious crime, murder, the main witness is dead, so it’s harder to figure out what happened. While law enforcement has done much better than the media in seeing through hate hoaxes, don’t expect them to be unerring in constructing cases from fragmentary clues.

And most of the time, the police don’t have the resources that the Chicago detectives directed at the Jussie Smollett case in the dead of winter under the prodding of national hysteria about MAGA bros running amok in Chicago during the polar vortex.

Still, crime should be falling due to better technology. We citizens ought to expect that our public servants enforce policies that drive down crime rates, especially the homicide rate, which is the hardest for authorities to game (because dead bodies require a lot of paperwork).

The Los Angeles Police Department announced this week that Eric Holder is wanted for the murder of rapper Nipsey Hussle. (I can’t wait for a lady rapper named Phyllis Killer.) That set me to wondering which Eric Holder has gotten more black guys murdered: local South Central criminal Eric Holder or Obama’s attorney general Eric Holder, who fell so disastrously hard for the Ferguson narrative?

On the other hand, as the self-inflicted Late Obama Age Collapse shows, a lot of people these days consider it inconceivable that blacks deserve to be incarcerated more than other races. Research by Zach Goldberg of Georgia State shows that white Democrats are now more woke than blacks or Hispanics on how white racism is to blame for everything.

The timing of this change suggests that the Ferguson protests were a key flashpoint in changing thinking about the discrimination issue. But Brian Schaffner, a Tufts University political scientist, says the beginnings of the shift were visible even during Barack Obama’s first term…. Obama’s 2012 observation that “if I had a son, he’d look like Trayvon” is just one small example of how elite actors have helped push a shift in whites’ perception of race.

Of course, both Trayvon and Ferguson proved to be huge factual fiascos. But that didn’t stop the growth of faith in the white racism conspiracy theory as the one true revelation.

With its furious hunger for hate hoaxes, wokeness is a hate-based faith dependent upon demonizing whites.

Thus, we see increasing numbers who feel that the legal system punishing blacks, such as Jussie Smollett, must be racist. State’s attorney Kim Foxx is likely sincere in her claim that she megalomaniacally believes: “I was elected on a promise to rethink the justice system.” Her 2016 campaign was funded by George Soros’ push to replace big-city district attorneys with new woke ones sworn to put fewer black criminals in prison.

Similarly, the first trial of the black defendant for the murder of the Queens jogger seemed like a slam dunk: Prosecutors had both DNA evidence and his videotaped confession. Indeed, in the second trial, the jury returned a guilty verdict this Monday after only five hours of deliberation.

But in the first trial last November, the jury deadlocked, shocking the prosecution with the worry that we are in for a new era of jury nullification driven by racial resentment.

Our culture has increasingly been promoting the take that black youths couldn’t possibly have committed all these crimes. For example, this spring Netflix will heavily promote an upcoming Ava DuVernay miniseries on the supposed innocence of the Central Park Five. These were five black and Latino youths who confessed to beating a white woman jogger into a coma during a “wilding” spree in 1989.

The prosecution pointed out during their trial that there had to be a sixth but still unknown perpetrator because the retrieved DNA evidence didn’t match any of the defendants.

In 2002, a convict, serving a life sentence for several other heinous crimes, confessed to having raped the Central Park jogger, asserting that he did it all by himself. The law-and-order Bloomberg administration refused to pay off the other five, saying they were guilty too, but then the leftist De Blasio administration declared them innocent on the rapist’s say-so and showered them with money. (Ann Coulter has more.)

A persistent problem for the Democrats’ Coalition of the Fringes strategy is charges of violence by black men against white women.

Back in the To Kill a Mockingbird era, it was the liberal thing to do to imagine that hysterical white women were making up rape allegations against blacks. But now we are supposed to believe the women.

And the black men.

It’s a conundrum, which explains the measureless enthusiasm for even the most ridiculous hate hoaxes about cruelly handsome Haven Monahans organizing frat gang rapes on broken glass.

A continuing difficulty for Democrats is that white men don’t rape enough black women to justify the hatred of social justice jihadis.

Over the weekend, however, the New York Post ran the story that 7’3″ Latvian NBA star Kristaps Porzingis reportedly called a black woman “my slave” while raping her.

But since then the white athlete’s well-prepared legal team has struck back with amusing details about the purported victim’s postcoital text messages implying that it’s all just a Jussie-quality extortion attempt. So…we’ll see.

Occasionally, white women really do make up hoax allegations against black men. For example, in 2017 an 18-year-old white woman in Texas got into an argument with her boyfriend, ran off, started cutting herself, and then decided she needed an excuse. So she told the police she had been kidnapped and sexually assaulted by three black men in ski masks.

Interestingly, her tale of masked black rapists on the prowl got almost no media traction whatsoever. I’ve found mentions of this story only on the websites of two local TV stations, one of which doesn’t mention the race of the alleged assailants. Basically, there’s not much of a market for black-on-white crime stories these days.

On the other hand, a couple of weeks later, when the cops got her to confess to making it all up, the story went national, which seems reasonable: Man-bites-dog stories are interesting.

She wound up with eight years’ probation. So, like Jussie, no jail time. But unlike Jussie, she had to admit her guilt.

As I mentioned in my review of Winston Reilly’s book Hate Crime Hoax, it would seem sensible to punish more severely those filing false police reports who make up a perpetrator of a different race from their own. Interracial hoaxes, whether by this young white woman or by Jussie Smollett, are even worse for society than are intraracial hoaxes.

Our ever more diverse America is going to need new laws like this to shield us from the downsides of diversity.