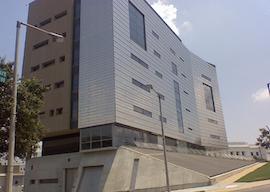 It was a bad week for polite society’s most respectable conspiracy theories, with the debunking of the Trump-Putin collusion allegation and more implosions among the conspiracy-theory-mongers at the Southern Poverty Law Center.

There’s the macro reason: As has been repeatedly documented by disillusioned SPLC employees, Morris is basically a Southern TV-evangelist type, but one who long ago figured out that rich Northern liberals have more money to give him than do poor Southern fundamentalists.

But the micro reason explaining why now, after all these decades of impunity, remains obscured.

The New York Times, which has long conspired with the SPLC to promote hate hysteria, such as in its ill-fated “This Week in Hate” column, dispatched ten reporters. They returned with a decorous account of modest #MeToo mesoaggressions: Morris has occasionally put his hands on the shoulders of female staffers and once supposedly said, “I like chocolate” in the presence of a black woman.

One conspiracy theory is that the current purges of the SPLC’s Old Guard are the result of a conspiracy by unnamed parties to get their hands on the nearly half-billion dollars in assets that supersalesman Dees has piled up in the SPLC’s onshore and offshore accounts over his 48 manic years of always-be-closing fund-raising.

So let’s step back and think about “conspiracy theory” in the current conceptual vocabulary.

The term “conspiracy theory” is largely a pejorative about the social standing of those offering the theory.

After all, very little gets done in this world without people plotting together to take action, contrivances that at least some hostile outsiders would consider nefarious. So conspiracies, broadly defined, are everywhere.

“Bogus as the SPLC is, its mythmaking is extremely useful to the Democratic Party.”

In 21st-century America, however, to call something a “conspiracy theory” is to say that the kind of person to whom the idea appeals, such as Randy Quaid’s not-quite-right-in-the-head Vietnam-vet character in Independence Day (or Randy Quaid in real life lately), is disreputable.

In 1970s Hollywood movies, sexy rebels played by Warren Beatty and Robert Redford battled malevolent conspiracies. Up through the winter of 1992, when it looked like Oliver Stone’s JFK might sweep the Oscars, the cultural prestige of conspiracy theorizing persisted. But the serious press lashed back at JFK, and ever since conspiracy theories have been seen as the province of the lower orders.

Hence, the theories about conspiracies between Trump and Putin to steal the election from poor Hillary that were endlessly offered by well-groomed talking heads on CNN and MSNBC couldn’t possibly be “conspiracy theories,” because, well, because they don’t let conspiracy theorists on the better sort of networks.

Similarly, Dees’ lucrative conspiracy theory about how America is under siege from an ever-vaster shadowy network of “hate groups” is seldom labeled a “conspiracy theory.”

After all, Dees is vastly respectable. He holds nearly two dozen honorary degrees, has been played by Corbin Bernsen in a TV movie, and is a member of the Direct Marketing Association Hall of Fame. And, no doubt, not all of Morris’ four ex-wives hate him quite as much as some of them do.

In reality, though, rightist hate groups are close to the least of our troubles.

America does have a problem with Lone Wacko shooters, some of whom have rightist motivations. But virtually none of the right-wing terrorist attacks after Oklahoma City in 1995 involved more than one criminal. They didn’t have anybody to conspire with.

Rightist Lone Wackos do tend to be more effectual at racking up big body counts than do leftist Lone Wackos, like the gay-rights terrorist who tried to shoot up the Family Research Council after reading on the SPLC’s website that the FRC was a hate group. The gay-marriage gunman shot the front desk guard, Leo Johnson, in the arm, but Johnson still wrestled him down one-handed.

In contrast, some cities in Blue State America have had an ongoing problem with sizable, violent Antifa hate groups who attempt to beat up dissidents demonized by the SPLC, such as Charles Murray. After a leftist hate mob attacked Murray in 2017, hospitalizing a woman professor, the Associated Press reported that Murray had it coming because:

The Southern Poverty Law Center considers him a white nationalist who uses “racist pseudoscience and misleading statistics to argue that social inequality is caused by the genetic inferiority of the black and Latino communities, women and the poor.”

After all, as comic-book writer Ta-Nehisi Coates has proved, American history is an immense conspiracy among people who think they are white to plunder black bodies.

In this era of video and facial-recognition technology, it’s not particularly hard for the police to deter would-be Eric Clanton-style masked marauders by enforcing old anti-KKK laws against wearing masks in public. These days, if you wreak violence on your political enemies unmasked, you will likely be identified, as Zachary Greenberg recently found out.

But in some towns, such as Berkeley and San Jose, the politicians are on the side of the SPLC and the violent hate groups, and thus keep the cops from keeping the peace.

“Projection” was one of Freud’s best insights: It’s tempting to accuse our enemies of our own foibles. For example, the SPLC has been ranting for decades about how an ophthalmologist in Petoskey, Mich., named John Tanton is the evil “puppeteer” who manipulates American citizens into having any doubts at all about immigration.

My guess is that Morris’ minions project their own guilty awareness of the truth about Dees, a roguish junk-mail genius, the Elmer Gantry of liberalism, onto Tanton.

It’s often argued that conspiracy theories couldn’t possibly be true because once somebody inside the organization leaked the truth, the whole world would instantly know.

But it doesn’t actually work that way. For instance, Theranos had scores of disillusioned ex-employees. But for a decade the world wanted to believe that Elizabeth Holmes was proving that a sexist conspiracy was all that held women back from making their deserved billions in Silicon Valley.

Similarly, various investigative reporters have revealed the ignominious truth about the SPLC for a quarter of a century now, going back to the in-depth Montgomery Advertiser series in 1994.

But virtually nobody noticed. Instead, millions wanted to believe that Morris Dees was a hero single-handedly battling the rising tide of Hate for us.

Bogus as the SPLC is, its mythmaking is extremely useful to the Democratic Party, furnishing the KKKrazy Glue that holds the Coalition of the Fringes together by telling them that a vast right-wing conspiracy, from the KKK to Charles Murray, is holding down everyone who isn’t a straight white male.

Hence, the SPLC has recently gone from one triumph to another, taking in heaps of money ($129 million in contributions and grants in fiscal year 2017, $70 million more than it spent) and conspiring with tech monopolies such as Amazon to decide who would be denied service due to their political views.

Amazon, by the way, is run by the world’s richest man, who recently accused the National Enquirer of conspiring with Trump and Saudi Arabia to obtain pictures of his shortcomings.

But it turned out that the source was Mr. Bezos’ girlfriend’s brother.

You see, not all conspiracy theories are true.