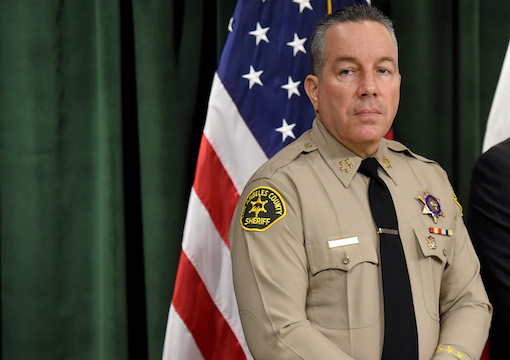 Part III of my series about the changing face of L.A. Click for Parts I and II.

I ended Part II with a look at how L.A. County’s Hispanics are habitual nonvoters. Let’s pick up seamlessly from there, in Compton. Compton used to be so black (over 85%) that at my high school we had a litany of “Compton so black” jokes.

“Mexicans do the scut work around here, they don’t riot when one of their own is arrested, and they aren’t dangerously self-destructive. I’ll take it.”

Today, the birthplace of “gangsta rap” be not black at all. At last count (prior to the 2020 census), it was 68% Hispanic and 27% black, and I’d bet my house that the new figures will show that the Hispanic number has risen beyond 70% and the black has dropped below 25%.

Now dig this: In a city that’s roughly one-quarter black and almost three-quarters Mexican, of the eight elected officials (mayor, city attorney, city clerk, treasurer, and four councilpeople), only one is Hispanic. All the rest are black. And it gets better. That one Hispanic councilman won his election by just one vote, and our Soros-backed DA is prosecuting the guy for fabricating the one vote that put him over the top. Turns out the bean only ran because a black guy who’d lost his primary made a deal with him to run in his stead in exchange for giving the failed black candidate a lucrative city commissioner position if he won, and together they faked the winning vote.

Can you wrap your brain around that? The city is 70% Hispanic, and the only Hispanic council member, who only ran because a black dude made him, won by just one vote, and that vote had to be faked.

Get my point now about Hispanics not voting?

I mean, imagine a city that’s 70% black, but only one out of eight city officials is black. And then the county DA tries to nullify the vote that got that one black elected. There’d be riots! Neighborhoods would be burned to ash. Don Lemon would be screaming about “equity,” and the Biden Justice Department would be investigating the DA.

But Mexicans don’t care. They’re fine with letting the black minority pretend to be da Emperor Jones. That’s how little participatory democracy matters to them. And Dems have no desire to “enfranchise” Compton Mexicans because blacks are their most reliable and manipulatable minions. Never trade a slave for an independent contractor. Plus, as I discussed last week, when Mexicans do vote, it’s all over the map. As Newsweek contributor Richard Hanania pointed out regarding polls that show California Hispanics divided 50/50 on the Newsom recall (blacks are 65/35 against it), “I feel like it’s fun living in a state with many Mexicans because you get a wildcard aspect to politics. Keeps things exciting.”

While we don’t know how our Mexicans would vote should they ever decide to do so in numbers comparable to blacks, Jews, and non-Hispanic whites, here’s something we do know: They’ve proved somewhat resistant to leftist coercion. Yes, the ones who do participate vote D more than R, but ideological appeals from the left haven’t motivated the inactive or manipulated the active. Along with the Villaraigosa mayoral contest I cited last week, over the past twenty years leftists have tried to rally our Mexis to defend corrupt LAUSD superintendent Ruben Zacarias, defeat Republican then-mayor Richard Riordan’s reformist school-board slate, replace bail with a revolving door for criminals, and bring back affirmative action. In all cases, the Hispanics did not take the bait; most stayed home, but those who participated rejected the left’s commands (Zacarias was canned, Riordan’s slate was elected, bail was retained, affirmative action was rejected).

So what we know is that Mexi voting ambivalence is resilient. Would it be equally resilient to rightist coercion? Who knows; no rightists out here are testing the waters. The Hispanic rejection of affirmative action was due in large part to a general dislike of blacks. And in February when the black- and Jew-run L.A. school board defunded all campus police and redirected the $25 million LAUSD security budget to a program to fund the education of only black students, the discontent among L.A. Hispanics was palpable. Blacks make up barely 8% of LAUSD students (Hispanics comprise over 70%). Hispanic Twitter exploded with fury over the “black-only” payday coming at the expense of campus security, and the L.A. Times was forced to admit that Hispanic support for campus cops was massive, especially compared with support from non-Hispanic whites (a whopping 67% to 54%).

So did our local “Republicans” try to make hay out of that? Of course not, because to do so would risk offending blacks, and the GOP establishment has sworn a blood oath that it shall never allow itself any forward motion that might jeopardize its (zero) chance of “winning the black vote.”

There could literally be one black man left in L.A., and the GOP would sacrifice everything for his favor.

My regular readers are familiar with my concept of “Critical Mass Unsalvageables.” It’s never a matter of an entire community being unsalvageable—there will always be people in any community who are decent and productive—but rather whether a community has reached peak unsalvageables, making the harm done by that community so great as to nullify the presence of the decent and productive. L.A.’s blacks long ago reached Critical Mass Unsalvageables. Individually, there are a lot of great blacks out here, some of whom are my lifelong friends. But the city’s better off without the community. Secular American Jews (as opposed to the Orthodox and Persians) are politically unsalvageable. Most will never stop waging war against Western civilization. The destroyers nullify the polio curers.

So, our Mexicans are untested, and our rapidly decreasing blacks, our gradually increasing Asians, and our moneyed and influential secular Jews are a lost cause. What about our non-Jewish non-Hispanic whites?

Ay yi yi, they’re the woist of all. The leftist ones represent the bottom of the barrel of self-hating “please genocide me before I enslave again,” “I hope my son goes tranny so that my foul DNA might dead-end with my progeny’s amputated penis” wastes of space. The mostly non-Jewish white upscale deep-blue city of Manhattan Beach, for example, is filled with self-flagellating WASPs who spend their time trying to make their safe city less safe by “giving land back” to blacks who were supposedly racisted out of town in the 1920s.

And now Manhattan Beach is regularly visited by black criminals, from serial rapists to boardwalk thieves to a home-invasion attempted murder just a week ago. I’m sure the guilt-ridden Robin DiAngelos of Manhattan Beach excuse these crimes as justified reparations owed to noble negroes.

There are plenty of sane white folks in California; we still have some strongly red areas (sorry to disappoint those who want to paint the entire state as a dystopia). But L.A. County? As with our blacks, there are some fine whites here, but not nearly enough to make a difference. Our whites are at peak unsalvageables.

Worse still, our “rightist” whites—those who choose to be activists—are just plain batshit crazy. Our MAGAs are violent, self-destructive, foolish, and dim-witted (I’ve covered this before, and I’ll be revisiting it next week in a column that’ll post on the eve of the gubernatorial recall).

The point being, for those in the county holding the fort against the forces of insanity and self-immolation, no help is coming from whites, even the ones on the right.

In largely red Beverly Hills (and surrounding Westside areas), the Persian, Israeli, and Orthodox Jews, who are not suicidal, are holding the line against the violent crime and property crime that still disproportionately come from blacks (ironically, as the county’s black community shrinks, the thugs are forced to venture beyond their comfort zone in search of victims, rather like how bears become more bold as their natural habitat shrinks). But what of the areas that are largely Hispanic? Well, our Hispanics (as the Times pointed out) have a more positive view of police than our whites. That’s something often overlooked by those who claim to study criminality in racial or ethnic groups. It’s never just about criminality; it’s also about acceptance of policing. Whites who dismantle the criminal justice apparatus are as much to blame for rampant criminality as low-IQ thugs. Portland is an example of how poisonous such whites can be; violent crime in that city isn’t the result of a huge population of blacks but a huge population of self-hating anti-cop whites.

Black communities score high in criminality and low in policing acceptance (to the point where policing is not even allowed anymore in some black areas nationwide). Non-Hispanic whites score low in criminality but high in anti-policing (most of L.A.’s “defund the police” agitation last year came from young whites).

Our Hispanics occupy a middle ground: between black and white on the criminality scale (not as high as the former, not as low as the latter), but better than both groups on acceptance of policing. Half of L.A.’s cops and sheriff’s deputies are Hispanic, and our sheriff, Alex Villanueva—an unapologetic kick-ass crime fighter—survived the George Floyd purge last summer because his fellow Hispanics backed him against the blacks and whites who sought his ouster.

A county can weather criminality if it allows rigorous enforcement. L.A. had a lower murder rate than it does today back when there were more blacks but also more enforcement. Now that blacks, leftist whites, and secular Jews have decided that enforcement equals genocide, the last hope for the county lies with the Westside Persian/Israeli/Orthodox Jews and the Eastside beans.

There’s a logic to this, as those groups mingle more than you might think. Be it as nannies, gardeners, construction workers, warehouse personnel, or restaurant staff, the Westside is where many Mexicans go to work every day.

As one of those Westside Jews (though an outlier, as I’m “red” without being Persian, Israeli, or Orthodox), I would absolutely throw in with the beans as opposed to the leftist whites or the MAGA whites. Both groups, like blacks, have become suicidal. And suicidal people are dangerous.

Yes, Mexis have gangs, and you don’t want to walk down certain Eastside streets at night. Big shit; no one has reason to except those who live there. In the 1970s those areas were worse when they were black.

But Mexicans do the scut work around here, they don’t riot when one of their own is arrested (indeed they arrest their own), and they aren’t dangerously self-destructive.

Not that I have a choice; it’s the way it’s gonna be, demographically, whether I like it or not.

But it’s not the worst-case scenario, or even the second-to-worst. And these days that’s good enough.