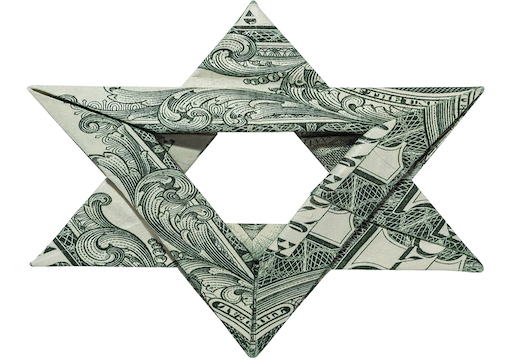 The most likely process by which the current Black Moment will get canceled is the exact same way black radicalism got shut down in both the early 1970s and the early 1990s: As black antiwhite rhetoric grows more heated, black spokespersons start drifting from merely spewing hate at whites to complaining about Jews.

The current Black Lives Matter movement was concocted to not violate our society’s most stringent taboos. But with its recent success, a number of black male celebrities have started sounding off with antiwhite theories that eventually spill over into anti-Semitism.

For example, a black game-show judge named Nick Cannon did an interview with Professor Griff, Minister of Information for the 1980s rap group Public Enemy. (A quarter of a century ago, Professor Griff’s anti-Semitism had helped get the Spike Lee–Louis Farrakhan black moment canceled.) Excited by Griff’s presence, Cannon theorized:

Melanin comes with compassion. Melanin comes with soul that we call it, we call it soul. We soul brothers and sisters. That’s the melanin that connects us, so the people that don’t have it are… When they were sent to the mountains of Caucasus, when they didn’t have the power of the sun, that the sun then started to deteriorate them…. [They’re] acting out of a deficiency. So therefore, the only way that they can act is evil…. They have to rob, steal, rape, kill, and fight…. They had to be barbaric. They had, because they’re in these Nordic mountains, they’re in these rough torrential environments so they’re acting as animals. So they’re the ones that are actually closer to animals.

All this has happened before. During the gangsta rap/crack murder spree era of three decades ago, blacks were lionized…until black celebrities started mouthing off about Jews, after which white politicians like Bill Clinton cut welfare and increased prison sentences (which did blacks a lot of good, but nobody is supposed to remember that).

Similarly, black radicalism in the late 1960s got slammed after it threatened too many Jews, as Tom Wolfe explained in Radical Chic, which was published fifty years ago this month:

One of the ironies of the history of the Jews in America was that their long championship of black civil liberties had begun to backfire so badly in the late 1960s. As Seymour Lipset has put it, “The integrationist movement was largely an alliance between Negroes and Jews (who, to a considerable extent, actually dominated it)….

The 1970 fundraising party for the Black Panthers in the Park Avenue duplex of Leonard Bernstein, likely the most prestigious Jewish-American cultural figure fifty years ago as the conductor of the New York Philharmonic and composer of West Side Story, was going swimmingly until movie director Otto Preminger asked:

Is it all right for a Jew to leave Russia and settle in Israel?

Bernstein didn’t grasp Preminger’s point, yet as Wolfe pointed out:

But many Jewish leaders regarded the anti-Zionist stances of groups like the Panthers as a veiled American-brand anti-Semitism, tied up with such less theoretical matters as extortion, robbery, and mayhem by blacks against Jews in ghetto areas.

But after the party was praised on The New York Times’ society page, Wolfe notes:

A controversy [the Bernsteins] were apparently oblivious of suddenly erupted around them. Namely the bitterness between Jews and blacks over an issue that had been building for three years, ever since Black Power became important. The first inkling the Bernsteins had was when they started getting hate mail, some of it apparently from Jews of the Queens-Brooklyn Jewish Defense League variety…. But even many wealthier and more cultivated Jews, who look at the Defense League as somewhat extremist, Low Rent and gauche, agreed essentially with the point [Rabbi Meir] Kahane was making.

The time may have come when the issue of race could benefit from a period of “benign neglect.” The subject has been too much talked about. The forum has been too much taken over to hysterics, paranoids, and boodlers on all sides…. (You perhaps did not note on the society page of yesterday’s ‘Times’ that Mrs. Leonard Bernstein gave a cocktail party on Wednesday to raise money for the Panthers…. Mrs. Peter Duchin, “the rich blond wife of the orchestra leader” was thrilled. “I’ve never met a Panther,” she said. “This is a first for me.”)

Nixon and Moynihan found Bernstein’s Panther party useful in their project to launch “neoconservatism” to drive a wedge among Jews.

During the Trump Administration, the prestige press, such as The New York Times, which launched its “1619” project to delegitimize the founding of the United States as its Plan B for overthrowing Trump after its farcical Russiagate Plan A had cratered, has been a ferocious promoter of the latest lunacy.

But what goes around comes around. The conservative tabloid New York Post has delighted in reporting “The family that owns the New York Times were slaveholders.”

This is hardly surprising. The first newspaper purchased by Adolph Ochs (1858–1935), founder of the Ochs-Sulzberger dynasty that still owns The New York Times (the current publisher, A.G. Sulzberger, is the great-great-grandson of Ochs), was the Chattanooga Times. Ochs’ mother had grown up in her uncle’s slave-owning household and was a charter member of the Daughters of the Confederacy buried with a Confederate flag across her coffin. In 1924, Ochs donated $1,000 to the Confederate memorial on Stone Mountain, Georgia.

There’s nothing terribly scandalous about this old news. It’s just that most Jewish-Americans have forgotten how many Jews have profited over the centuries from exploitation of black labor, in the slave-devouring sugar plantations of Brazil, Surinam, and Curacao; in the gold and diamond mines of South Africa; and in the slave states of the U.S. Few know this because while white guilt is concern that your ancestors were too ethnocentric, Jewish guilt, as depicted by Philip Roth in Portnoy’s Complaint, is worry that you aren’t ethnocentric enough for your ancestors.

I don’t think Jews were more exploitative of black labor than other capitalists, just that they tended to be capitalists more often than did gentiles.

For example, the hottest theater ticket in New York last year was The Lehman Trilogy, directed by Sam Mendes, about the famous financial firm that was founded in Alabama before the Civil War to facilitate the business of cotton plantations. Somehow the play forgot to mention that the Lehman Brothers were slave-owners.

I’ve been asking for several weeks if anybody is aware of a major family fortune still existent in America with roots in the slave South. The best guess anybody has been able to come up with are the various Lehmans (such as Herbert Lehman, who was governor and senator of New York from 1933 to 1957). The Lehman Brothers had the good sense to open a New York office in 1858 and thus avoided the ruin that befell almost every other wealthy set of Southerners in 1865.

When the hashtag #JewishPrivilege, an analog to the massively popular hate-speech term “white privilege,” started trending on Twitter, numerous prominent Jewish figures swarmed in to detail all the oppression that they and their ancestors had endured.

In our increasingly antiquarian America, where nobody seems to remember much about anything that happened between the JFK assassination and the death of George Floyd (peace be upon him), this invocation of the Holocaust and Sarah Silverman’s claim that kids in New Hampshire threw pennies at her may suffice.

Yet one quantitative geek observed that an instructive example of #JewishPrivilege is having The New York Times publish the phrase “Jewish privilege” only twice since 1851 compared with it publishing the phrase “white privilege” 283 times in the last five years alone.

In reality, however, American Jews in 2019 appeared to be the richest ethnic group in the history of the world. I looked up on Wikipedia the backgrounds of the top U.S. billionaires on last October’s Forbes 400 list, and six of the top ten and nineteen of the top 50 appear to be half or more Jewish. Among the top 100, 35 seem to be significantly Jewish:

Jews are usually said by Jewish organizations to number only 2.2 percent of the U.S. population, so this vast overrepresentation among the richest of the rich is a remarkable achievement.

How big is the wealth gap in the U.S. between Jews and gentiles? Judging from the Forbes 400, where 35 of the top 100 names are at least half Jewish by ethnicity, it would appear the ethnic gap is about as big as the race gap.

But is it due to Jewish privilege?

Well, to the extent that “white privilege” is said to be proven by whites, on average, having nicer things than blacks, then “Jewish privilege” must exist because Jews appear to own nicer stuff than non-Jewish whites. On the other hand, perhaps “privilege” isn’t a wholly adequate perspective on who is rich and who is poor?

What about police killings?

I’ve never seen anybody research it, but my guess would be that Jews get shot by the cops less than other whites, because, much like whites compared with blacks, Jews tend to less often be drunk and disorderly, less often engaged in domestic violence, and less likely to be strapped.

The Washington Post maintains a database of the 5,443 people killed by cops since 2015. The list includes one person named “Cohen,” the most common Jewish surname, a Michael Cohen who died in a 2019 shootout with the Las Vegas police after robbing the poker cage at the Bellagio and trying to carjack a getaway vehicle from the valet line. (This sounds like it would make a good Michael Mann movie.)

On the other hand, 62 (about 1.2 percent) of the people killed by the police had the first name “Joshua,” the Old Testament warlord, which is a popular given name among Jewish intellectuals these days. On the other other hand, people named Joshua who died at the hands of the police were more likely to have names like “Joshua Spottedhorse” of Spokane, “Joshua Greenleaf” of Scottsdale, and “Joshua Johnson” of Houston than traditional Jewish surnames or locales.

Will Jews eventually figure out that promoting antiwhite hate is not good for the Jews?

Much hinges upon that question.