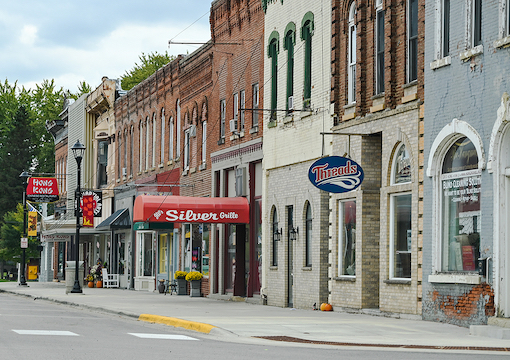 Back in May 2013, it dawned on me that, crazy as it sounded in those more innocent times, the Establishment was gearing up to make transgenderism into the next big thing. Lately, my Spidey sense for zeitgeist trends has started tingling again, telling me that my old jokes about how the “equity” that the Diversity-Inclusion-Equity racket wants is your home equity aren’t funny anymore.

For example, the mainstream media is ramping up the antiquarianist articles about how ancient inequities in real estate practices mean that in 2021 it’s your fault that black neighborhoods have low property values and, therefore, you must pay. Redlining, which was abolished 53 years ago in 1968, is the usual suspect, but the latest fad is to emphasize racial covenants in home deeds, which the Supreme Court ruled unenforceable in 1948.

That was 73 years ago, but who’s counting?

For example, the Murdoch-owned Wall Street Journal splashed a long article on May 1 entitled:

Restrictive property covenants once helped keep people of color out of neighborhoods around America. The effects have compounded.

A trove of new research suggests that one factor is a tool of discrimination from 100 years ago: racially restrictive covenants that were attached to thousands of Minneapolis homes in the early 20th century, prohibiting sales to many minorities.

As I pointed out a few weeks ago, it’s human nature to imagine you deserve to be rich because, knowing what you know today, your great-grandparents should have bought the magic dirt that was cheap then and is valuable now (even though you or your more immediate ancestors probably would have frittered it away in the intervening decades before it turned into pay dirt).

It’s particularly likely that blacks, who on average spend more on conspicuous consumption relative to their incomes than other races, would have blown through potentially valuable property inheritances before they fully matured.

Moreover, there is the Heisenbergian factor: If a lot of blacks had moved into the neighborhood, it wouldn’t have gone up in value as much. The fundamental reason that homes don’t appreciate as fast in blacker neighborhoods is not their tragic dirt, but because blacks tend to be lousier neighbors. Fortunately, there is an obvious win-win solution: If blacks want to make more money off home ownership, they should work harder at being better neighbors.

“The further we get into the future from the civil rights era of the 1960s, the more we are lectured about the increasingly distant past.”

Not surprisingly, black behavior, as measured by objective standards such as their murder rate relative to other races, hasn’t much improved, and indeed blacks’ already horrific murder rate worsened sharply as soon as the racial reckoning was declared last year.

In any case, the WSJ article about Minneapolis is self-evidently absurd. Why? Because there were almost no blacks living in Minneapolis during the covenant era. The Wikipedia article “Demographics of Minneapolis” notes:

The further we get into the future from the civil rights era of the 1960s, the more we are lectured about the increasingly distant past. How come?

One reason is because, the fewer who can remember them, the easier it is to mislead contemporary Americans about the Bad Old Days. For example, with Minneapolis constantly in the news for its black riots, it’s getting harder to recall that Minneapolis was once perhaps the most orderly big-league city. In 1973, Time magazine ran a cover story on the “Good Life in Minnesota” about how it was “the state that works.”

Similarly, we are constantly hectored that black slaves built most of the wealth of America. Americans, however, used to know that by 1865 that wealth was gone with the wind. As Abraham Lincoln explained in March of that year, the Civil War was a disaster of biblical proportions:

Yet, if God wills that it continue until all the wealth piled by the bondsman’s two hundred and fifty years of unrequited toil shall be sunk…as was said three thousand years ago, so still it must be said “the judgments of the Lord are true and righteous altogether.”

Since 1865, there has been a sharply negative correlation between how many slaves a state had and its current prosperity: Compare slave-free Minnesota to its partner in alliteration, slave-rich Mississippi.

In truth, the reason that the lies have mounted to such a fevered pitch in recent years is that nobody really believes anymore, as we begin the third full generation after civil rights, that blacks have what it takes to reach statistical equality in economic productivity with whites, much less with Asians or Jews, or even with Mexicans.

Hence the gold rush to extract as much as imaginable from the net worth of naive whites before the country is taken over by cynical immigrant nonwhites who will laugh at black claims.

What can be done instead?

First, we must recognize that blacks have a very good deal in America even if they aren’t as rich as everybody else. While African-Americans are the poorest Americans, they should feel grateful that they are the richest Africans in the world.

Second, whites need to drop their unspoken but debilitating concern over black fragility. Millions of whites assume that if blacks ever heard the truth—Due to reasons of nature and nurture, your race is on average better at sports and music than at coding and physics; and you need to work more on not shooting each other so goddamn much—black self-esteem will vanish and they will just die of embarrassment.

Nah, blacks have plenty of self-esteem. What they could benefit from more of is criticism. Blacks need to be treated as if they were human beings rather than sacred cows.

Third, important news that almost nobody has noticed is that, after black fertility soared during the early crack years, it has fallen below replacement level during the past decade. Unless America botches up its policy on immigration from Africa, we won’t again face the rapidly growing black population that so stressed our cities in the decades after World War II.

Fourth, we must understand that if you want integration, you must have law and order.

When a white policeman superbly stopped a 16-year-old black girl, Ma’Khia “Ma’K the Knife” Bryant, from eviscerating another black woman who was armed only with a purse puppy, numerous writers explained that it was racist to not allow black youths to indulge in their culture’s tradition of knifeplay.

We could allow blacks to carve each other up and resist arrest all they want, but that would mean confining them to Escape From New York-style reservations.

Instead, we should make clear that all races are entitled to the equal protection of the laws and that no race is above the law.

Fifth, we need intellectuals to tell the truth.

Next month, Charles Murray is publishing Facing Reality: Two Truths about Race in America in answer to the current dominance of Ibram X. Kendi’s dogma that black underperformance in anything must be proof of white guilt, and thus, whites must pay. Murray answers:

Two known facts, long since documented beyond reasonable doubt, need to be brought into the open and incorporated into the way we think about public policy: American whites, blacks, Hispanics, and Asians have different violent crime rates and different means and distributions of cognitive ability…. Since we have not been willing to say that, we have been left defenseless against the claims that racism is to blame. What else could it be? We have been afraid to answer. We must.

We’ve tried lying and look where that has gotten us.