Revenge of the Baseball Nerds 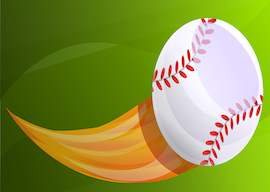 America has numerous problems in education, crime, and housing that might be helped by applying lessons that could be learned from big data analytics. Unfortunately, each of these topics threatens to get an audacious statistical researcher fired because they all involve race.

Similarly, Gallup polls have found that 150 million foreigners would like to migrate to the U.S. You might think that with that many to choose from, we could build statistical models to select the new Enrico Fermis and turn away the next Sirhan Sirhans.

But the inevitable disparate impact would make the Statue of Liberty cry, so few volunteer to figure out how to do it, fun as it would be.

In an era obsessed with how white guys down through the centuries have hurt the feelings of nonwhite guys by inventing so much, male creativity increasingly shrinks back to obscure bailiwicks that nobody else cares much about, such as baseball.

Since the 1970s, smart whites and Asians who like working with data have increasingly turned to their safe space: baseball. So far, at least, you can recognize all the patterns you want in baseball statistics without a Twitter mob canceling your career.

A new book, The MVP Machine: How Baseball’s New Nonconformists Are Using Data to Build Better Players by Ben Lindbergh and Travis Sawchik, is an important contribution to the debate over nature vs. nurture that has been carried on in Frequent Flyer best-sellers by Michael Lewis (Moneyball), Malcolm Gladwell (Outliers), and David Epstein (The Sports Gene).

The MVP Machine comes down on the Gladwell side of optimism about nurture by arguing that when an organization maxes out its ability to select more naturally talented performers, it makes sense to get serious about developing the talent you already have.

The authors celebrate the new breeds of nerdish jocks like pitcher Trevor Bauer and jockish nerds like Kyle Boddy, the founder of the high-tech Driveline training center, who are studying how to play baseball better with the high-speed cameras that have previously revolutionized the golf swing.

In Lindbergh and Sawchik’s telling, the Sabermetrics era kicked off by Bill James in the 1970s favored nature over nurture via the better selection of prospects. In James’ view, some hitters are innately better than others at not swinging at pitches outside the strike zone and thus more likely to wheedle walks from the umpire. This gives them a higher on-base percentage, a statistic that correlates more with scoring runs and winning ballgames than the more famous batting average.

According to James, you generally can’t teach strike zone management to a professional baseball player. For example, James’ most influential convert, Oakland general manager Billy Beane, the hero of Moneyball, was a five-tool athlete. But he earned only eleven walks in 148 big league games across six seasons. Beane, however, later found success as an executive by cheaply acquiring less impressive-looking players with an eye for the strike zone that he lacked.

But as other front offices began to fill up with MIT grads, the opportunities to find undervalued hitters dropped off. So the new cutting edge has recently shifted to nurture: Why not apply big data to improving players’ skills?

For example, the publication of launch angle statistics for batters decisively proved that orthodox coaching about trying to swing level to hit line drives to center field was self-defeating. The most damage is done by big fly balls, typically pulled to left field by right-handers or to right field by left-handers. It’s usually about 400 feet to the center field fence versus about 330 feet down the foul lines, so it’s easier to homer by hitting the ball out in front of home plate.

Thus, once-mediocre hitters like J.D. Martinez of the Boston Red Sox and Justin Turner of the Los Angeles Dodgers have turned themselves into stars by retooling their swings to pull the ball in the air.

“You can recognize all the patterns you want in baseball statistics without a Twitter mob canceling your career.”

And yet, this new breakthrough in slugging technique shouldn’t have come as a big surprise because the secret got out exactly 100 years ago in 1919 when a pitcher-outfielder named Babe Ruth hit a record 29 homers, followed by 54 in 1920, by pulling the ball with an upper cut.

Baseball fans loved Ruth’s innovation, although the game’s reactionary culture was less enthusiastic. As Ty Cobb, the prime exponent of the reigning style of line drive hitting, observed, Ruth’s role as a pitcher allowed him to elude baseball’s anti-innovation antibodies:

“No one cares much if the pitcher strikes out or looks bad at bat, so Ruth could take that big swing. If he missed, it didn’t matter.”

Similarly, Ruth’s teammate Lou Gehrig learned how to pull fly balls down the short right field line in Yankee Stadium. Likewise, lefty slugger Ted Williams tirelessly preached pulling the ball in the air. So the new fashion is to do what the top three old-time sluggers did.

Likewise, the latest trend in advice for pitchers is to throw like Sandy Koufax in 1966: high heat with lots of backspin to keep the fastball up and hard-spinning breaking balls to drive the curveball down out of the strike zone. (Interestingly, Koufax, the greatest Jewish pitcher, was without guile: He simply matched strength against strength.)

The MVP Machine briefly mentions another reason home runs are up so much from the first half of this decade. For instance, Giancarlo Stanton led the National League with only 37 homers in 2014 in contrast to his 59 in 2017, because Major League Baseball probably juiced the ball in mid-2015. The book doesn’t bring up another possibility: that moderate use of performance-enhancing drugs is back.

Golf was years ahead of baseball in exploiting sensors to optimize launch angle and spin rate, which led to an explosion in driving distance around the turn of the century. Some of this extra length was due to new technology in drivers and golf balls, but also new data revealed that the established style of driving had been self-limiting.

In 1972 I stood thirty yards down the tee as the great Jack Nicklaus cracked a ferocious tee shot that whistled past me at ankle height, then arced upward to a majestic height, finally dropping almost straight down on the fairway 265 yards away and rolling just five yards.

It was a memorable display of power and elegance. And yet by the early 2000s, new analytics showed that Nicklaus’ drives, beautiful as they were, could have been more effective with less backspin to get more roll: an uglier but more rewarding trajectory. Also, missing the fairway was less of a penalty than the perfectionist Nicklaus had assumed. Thus began the flog-it-and-find-it era of bombing 300-plus-yard drives.

As baseball gets nerdier, it gets less appealing to watch as more time is spent preparing for every single pitch. For example, last year pitcher Austin Davis became the first big league pitcher to pull a file card out of his pocket while on the mound to remind himself what to throw the next hitter.

Golfers and their caddies have been consulting distance cards since Nicklaus learned the trick from Deane Beman in 1961. Of course, slow-moving golf is not thriving as a sport. It’s likely not good for baseball’s long-term health that it’s turning into team golf.

The MVP Machine doesn’t have much advice for a sport turning into a homer-strikeout-or-walk contest other than to look once again to golf, which has responded to longer drivers by stretching courses out to as much as 8,000 yards. But moving the fences back in many baseball stadiums would be costly and disfiguring.

Although a large fraction of American ballplayers play golf for fun, the two sports are psychologically distinct. Pro golfers tend to be loners and tinkerers forever looking for an edge. They tend not to be team players. For example, the father of physics major-turned-golfer Bryson DeChambeau, golf’s equivalent to Bauer, recalled:

“Team sports didn’t work for Bryson. He simply couldn’t understand why his teammates didn’t give maximum effort at all times, like he did. It drove him crazy.”

Baseball, in contrast, is a team game, a sleepy summertime sport with an endlessly long schedule (a 162-game regular season in the big leagues) that isn’t conducive to obsessive practice.

Moreover, baseball players tend not to be bookish sorts. The key to hitting a 90-mile-per-hour pitch is sharp eyesight, which doesn’t correlate with a scholarly disposition. Coaches tended to be seen-it-all old-time players, although in the past few years, pioneering teams like the Houston Astros and the Dodgers have started to hire mad-scientist types from the ranks of obscure hitting and pitching instructors.

And baseball doesn’t have much room for guys who would drive their teammates crazy, like, say, Bauer.

With his Asperger-y personality, Bauer makes for an interesting if insufferable hero for The MVP Machine, as if Sheldon on The Big Bang Theory had honed himself into a pitcher who can throw 95 miles per hour through sheer know-it-allness.

The MVP Machine points out that the new ability to measure spin on pitches may be encouraging a novel form of cheating by pitchers to increase their spin rate. Some pitchers long applied spit, Vaseline, or other slippery substances to one side of the ball to make it dip unpredictably. But if you use something sticky on your fingers, such as pine tar, you can put more spin on the ball. While umpires try to police spitballs, they don’t care about sticky substances, agreeing with the pitchers that pine tar, while technically illegal, makes hurlers less likely to lose control of a pitch and hit a batter in the face.

Last season Bauer of the Cleveland Indians more or less implied on Twitter that his old teammate from UCLA, Gerrit Cole of the Houston Astros, must have been putting stickum on the ball to boost his spin rate. Bauer and Cole had hated each other while on the Bruins, carrying out a classic nerd vs. jock feud.

This year Cole is leading all of baseball in strikeouts with 292, while the bumptious Bauer, even though he’s tied for third in the big leagues with 245, got traded from contending Cleveland to lowly Cincinnati. Some things in baseball never change, such as that nobody likes a nerd.