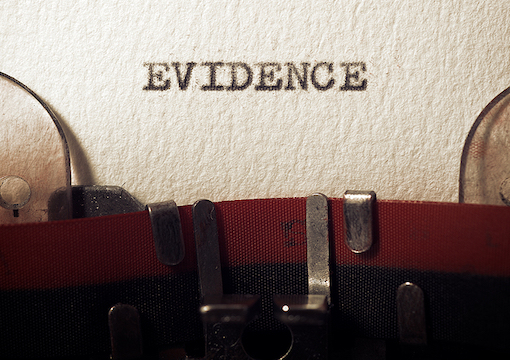 Two weeks ago, when I promised that I was officially done with the Covid origin brouhaha, I meant it. Honest Injun. I had several weeks of columns plotted out that didn’t mention Covid or labs or wet markets once. But last week John Derbyshire called me out on his podcast, and Derb’s a man of respect.

So I didn’t feel comfortable not responding.

Derb’s main beef with my view on the lab origin theory is that, as a “polemicist,” I’m somehow unqualified to opine on the matter.

First off I’d like to register as a major fan of David Cole. I think he’s brilliant, and I always read his stuff. The problem here is, what he’s brilliant at. The late Auberon Waugh defined opinion journalism as, quote, “The Vituperative Arts.” That’s what David Cole is brilliant at. He’s one of the great vituperators—a terrific polemicist.

Much appreciated, and the respect is mutual.

Evaluating scientific evidence needs a different skill set, though, and in fact a different temperament…. That’s the difference between a science geek and a polemicist.

And here’s where I must take issue.

For the first half of my life I was known as an exceptionally non-polemical, dispassionate expert on one of the most emotionally charged topics of the 20th century. That’s how I became a public figure. For the past six and a half years I’ve had the privilege of being able to spout “polemics” on a weekly basis, but that’s not what I was previously known for. I was an impartial historiographer who made an impact by keeping polemics out of his work.

So I can do both. Indeed, my now-banned-from-Amazon autobiography was both, an opinion-laden alcohol-fueled screed against demons personal and political, and a cold, sober presentation of my Holocaust thesis that won praise from the likes of Mark Weber of the Institute for Historical Review and several of the most vociferous anti-revisionist activists on the ’net (arguably, I’m the only author who’s been able to craft a thesis that’s won praise from both extremes).

When I examine Covid, I approach it the same way I approach Auschwitz or Treblinka. Analytically, and with a desire to engage. After Nicholas Wade’s essay ignited the current lab theory firestorm, I was the only writer to reach out to him about the wet market environmental samples—the most important physical, forensic evidence we have regarding Covid’s path through Wuhan—and I was the one who procured the admission that he had not considered that evidence because he’d never even known about it until I told him.

And I have to add: In February, when, in two separate columns (here and here), I elicited admissions of error from the authors of two separate widely cited scientific Covid studies (with one author actually amending his paper based on our correspondence), those were two of my least shared columns of the past year. Least polemical, and least shared.

So don’t put that on me. I can be polemical and I can be a science geek, but at the end of the day I’m not here to write about things my readers don’t care about. This is, after all, my job, not a vanity blog. Were it the latter, you’d be getting nothing but essays about horror films.

“What I personally witnessed thirty years ago with Holocaust revisionism informs my understanding of what’s happening today regarding the Covid origin story.”

My experience affords me a unique perspective on lab-theory-mania. Let’s go back 32 years. You had a bunch of well-credentialed, recognized “experts” in the field of Holocaust studies. These folks got a lot of things right, and some very key things wrong. Much of the “science” was not yet settled, but the experts were reluctant to admit it publicly. Backed by lapdogs in the press, the experts dishonestly attacked anyone who “incorrectly” explored the unsettled terrain.

On the other side, you had people who, for their own reasons (mainly an extreme dislike of Jews), were promoting their own orthodoxy, one of complete denial of everything the “experts” said. They used the experts’ unethical behavior to justify their own lack of evidence. “My proof that I’m right is that they have to resort to lies, censorship, and the power of the state to silence me.”

In the middle, you had a few folks—like me—who tried to stay objectively focused on evidence. And in such circumstances, that’s harder than it may seem. It means saying, “Those mainstream ‘experts’ are dicks and bullies, but that doesn’t in and of itself mean they’re wrong,” and “While I support the right of the upstart dissidents to be heard, the fact that they’ve been mistreated by the experts doesn’t in and of itself mean they’re right.”

Folks love choosing sides and joining teams. But “teams” aren’t how you get to the truth of an issue. “Teams” encourage false dichotomies and sloppy thinking, often blinding partisans to their own side’s inaccuracies. For example, Robert Faurisson, the French Holocaust denier, was a denier in the truest sense of the word. He believed, as a matter of faith, that not a single Jew was ever murdered in Nazi Germany for being a Jew. Since he unthinkingly and reflexively denied everything the “experts” claimed, he was occasionally right, as every scholar, every expert, makes mistakes. By virtue of his blanket denial, he stumbled into being right on certain things. But he was right for the wrong reason. He was “stopped-clock” right, not “discerning truth from error” right.

In 1994, when I penned a 10,000-word essay (banged out in one sitting on an old typewriter, hence the typos…vanity forces me to add that disclaimer) exposing Faurisson’s deceptive arguments regarding the fate of Hungarian Jewish deportees to Auschwitz in 1944, I did so as a guy who’d come to the same conclusion about their fate as Faurisson. But we arrived at that agreement via different paths: Faurisson denied 1944 Auschwitz gassings because by default he denied anything said by Jews. He then invented baseless arguments to support his predetermined conclusion. I arrived at the same conclusion fairly, by examining, not fabricating, evidence. Hence my point about being right for the wrong reason. The bias that accidentally won Faurisson a victory regarding one aspect of the Holocaust led him to far more defeats regarding others.

When I’m critical of the supposed evidence of the lab theory, I’m not saying the lab theory can’t be true. I’m saying it can be true, but your case at present is unconvincing. Your arguments are flawed. Your bias in favor of the lab theory might have led you to what, one day, could turn out to be the proper conclusion. But your bias is based on nothing substantive and I, who do not share that bias, will wait for substantive evidence before jumping on your bandwagon. And whereas Derb likes to handicap the Covid origin story like a bookie, assigning “probability” to the various theories, declaring himself in one “camp” and placing me in another, I prefer to simply consider the evidence that’s presented and render judgment on that alone.

It’s telling that Derb is forced to dismiss the wet market environmental samples—hard forensic evidence that points toward Covid coming up through the exotic animal trade—as a “ChiCom lie.” That’s a denier tactic—dismissing inconvenient evidence as fake. But the market samples, taken by the Chinese CDC in early January 2020 long before the “ChiComs” settled on their preferred origin story—indeed, before the pandemic reached global proportions and the “ChiComs” began circling the wagons—have no hallmarks of being “fake.” To be clear, scientists (including lab leak proponents) are still debating the significance of the samples. But nobody’s dismissing them as fabricated. Wet market doubters need to address those samples, much as mainstream Holocaust experts have been forced to address the lack of blue stains in the Birkenau kremas. That’s the “science geek” way: Explain an anomaly, don’t wave it away with “It’s phony cuz I want it to be.”

What I personally witnessed thirty years ago with Holocaust revisionism informs my understanding of what’s happening today regarding the Covid origin story. The two sides hardened; two rigid orthodoxies formed. Both sides had a certain amount of compelling evidence (the deniers had only what they’d pilfered from serious revisionists like me), and both sides had their fair share of plot holes and bullshit. Both extremes preached canon that all in the compound had to affirm: The mainstream camp wouldn’t compromise on the 6 million figure even though all documentary evidence shows it to be untenable, and the deniers wouldn’t accept the premeditated mass murder of over 2.4 million Russian and Polish Jews from 1941 to 1943, even though all documentary evidence confirms that it occurred.

These days, rarely can you reason with the partisans on either side. Both camps have made fealty to their dogma a requirement of admission (Michelle Malkin pandering to the denial orthodoxy of the Groypers last year was a most unpleasant sight). On one end, you have the wailing banshees of the ADL and SWC. On the other, the deniers, who are so emotionally invested in there being no Jewish mass killings, they become unhinged when contradicted (I’ve seen this many times). The deniers have devolved from their sincere skeptic ancestors (the revisionists). They are a cautionary tale of how the dissidents can come to mirror the establishment in terms of intolerance and closed-mindedness.

And that’s where we are now with the lab theory: It’s become a crusade on the right. Putting aside corrupted parties like Daszak and Fauci, most people who favor the wet market hypothesis don’t take the debate personally; they don’t have an emotional stake in it. Rightists do; for them, the lab theory is a repudiation of the mainstream media and Fauci, and vindication for Trump. For them, the debate has transcended “evidence.” These people can no longer examine the matter objectively; they’ve become too invested in it.

I’m not equating lab theorists to Holocaust deniers; unlike deniers, lab theorists might be entirely right (and that’s a huge difference). But the psychology is strikingly similar. Flimsy arguments, reliance on the circumstantial, constant repetition of discredited talking points to give the impression of evidentiary weight, the “smoke there’s fire” fallacy (“Many people are talking about it, including well-known people, so therefore it must be true”), and suspicion of all who fail to toe the line (“They’re compromised sellouts!”).

I’m not the polemicist here. Should solid evidence emerge for the lab leak, I’ll gladly accept it. But I made my name by calling people out for pushing conclusions that were not supported by facts. As much as I may dislike some of the personalities and institutions on the wet market “side,” I don’t allow such things to color my judgment.

I’ve seen what happens when “science geek” (or “history geek”) debates become derailed by agenda-driven ideologues with scores to settle.

It ain’t pretty, and, more than that, it ain’t helpful, to those who objectively seek the truth.