Nationalism and the Conservative Country Club: Part One 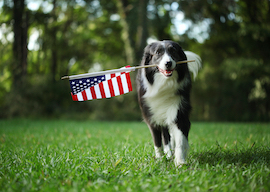 “With the ancients…it was all or nothing, with no fear of disaster. The fall of states, cities, and kings was considered glorious. That is something utterly alien to us.” —Jacob Burckhardt

I should have liked to have been present at the National Conservatism Conference in D.C. on July 15, where my blunt friend Amy Wax, in her talk on immigration, took on the wearisome conservative shibboleth that race is not a legitimate political value. For though I have no doubt that Amy offered her usual good sense, it must have been an amusingly awkward moment for many. At the beginning of the conference, the solemn figure David Brog, as if in self-parody, had declared that all racists should leave the room immediately. A Jewish Zionist, attorney, and activist, Brog unsurprisingly equates white ethnocentrism with “racism.” So does his fellow conference organizer and Jewish Zionist Yoram Hazony, who took care to emphasize his familiar white-nationalism-is-bad mantra. Nevertheless, compared to mainstream conservatives, Amy is like a figure out of a Larry David comedy. Having grown up in a lower-middle-class, and highly devout, Jewish community in Troy, New York, she is profoundly conservative, and has a funny candor that is common among Jewish women her age from the Northeast. Amy, whose sincerity nobody should doubt, thinks we need “the courage to moralize,” and yet it is that very courage that makes her such an unusual figure on the mainstream right.

For most mainstream conservative intellectuals are like animals on display at the zoo—ever eager to do the right tricks for the business class and the hegemonic cultural left, to earn some treats from the groups to which they provide functional opposition and, as if by divine providence, an endlessly delightful comedy that no living satirist can match. Consider Rich Lowry, for example. Having long peddled proposition nation cant—so dear to neocons and Jaffaite twaddlers—Lowry’s talk at the big nationalism conference was called “Why America Isn’t an Idea” (my emphasis). Of course, having smelled which way the wind is blowing, Lowry is now writing a book on nationalism, one that will doubtless be filled with his characteristic leftist idolatry concerning Saint Abraham Lincoln, Saint Martin Luther King Jr., the divine Civil Rights movement, and the like fashionable drivel that never stops flowing from his cliché-ridden mind.

“How much longer can conservatives afford to play by the left’s terms, while yet hoping to defeat it?”

It would be difficult to imagine a greater antithesis to the intellectual mediocrity and bland pretender Rich Lowry than Amy Wax, who not only has a first-rate mind, but is quite willing to take unpopular stances. Thus, this week Amy, once again, has been an object of controversy. The reason is that in her talk at the nationalism conference she argued, on cultural grounds, that “our country will be better off with more whites and fewer nonwhites.” Naturally, this was rather offensive to Zack Beauchamp, Jeet Heer, Cathy Young, Berny Belvedere, and other sentimental soporifics. Race being an exceedingly sensitive subject, it is important not to misunderstand Amy’s position. In the first place, she values national sovereignty and thinks that a nation’s chief obligation is to its own citizens; and in these States, the majority of those citizens are white—for now, anyway. She knows that, as a consequence of too much immigration (the vast majority of which is legal), American workers have become economic losers. For Amy, a “cultural distance nationalist,” whites are generally more culturally compatible with what she calls “the bourgeois script” than nonwhites are. She also thinks that “we must ensure that bad habits from the Third World…are not allowed to infect and undermine the First.”

You needn’t agree with any of this, but plainly, there is nothing racist about it. Amy does not use race in a causal sense. She does not mean people who are black, female, Asian, or whatever necessarily vote for the left. She does not imply that there aren’t nonwhites who vote for the right. As befits a conservative who uses past experience as her prudent guide, Amy’s argument is based on close correlation. Who, she asks, is best suited for what the United States is for? Looking at history and the state of the world, her commonsense answer is, people like us.

About a year ago, in an essay for Jacobite, I wrote:

[C]ulture is far more important than ethnicity because it concerns how people live, and we have seen in America that many foreigners are able to assimilate to our way of life. Still, there is a deep historical connection between ethnicity and culture, and it is difficult to have cultural homogeneity without a fair amount of ethnic homogeneity—unless, that is, there is cultural assimilation, now, alas, widely believed to be “racist.” Nor should we believe that cultural assimilation, very valuable though it is, is some kind of magic formula: some values are just not assimilable, just as some are not compatible with each other. In such cases, it would be best for people to simply leave each other alone. And to call this belief racist or whatever is not only cheap; it is also lazy and ignores the intractable difficulty of the issue.

In “Prejudice Versus Diversity,” an essay that I wrote for New English Review, I try to make a connection between politics and how the mind works in regard to moral value. In sum, insofar as they have different experiences, histories, and traditions, individuals—and their groups—tend to perceive, evaluate, and judge one another in incompatible ways, having quite different internal beliefs about the same external phenomena. In such cases, reason is frequently a vehicle of unwitting confusion, pernicious manipulation, and intense conflict. Hence the value, whenever and wherever possible, of eliminating such intractable difficulties via a politics that presupposes cultural homogeneity. (Not that this politics couldn’t have problems of its own—it would be vital, for instance, to try to keep the dominant social group from exploiting minority ones.)

I would add to these considerations a strategic point. As groups go, only white people—more accurately, white men—tend to support the right, and while that could change, there is no sign, at present, that it will anytime soon. Hence the need for a white ethnocentric base. After all, whatever you think about the president, is there any doubt that he’d have saved us from the disaster of a Hillary Clinton presidency without a white demographic majority? Similarly, can any informed and honest person believe that if, in the coming decades, America loses its white demographic majority, there will be any right to speak of? Without a white majority, will America not likely become a Third World country? Must these momentous, empirical questions be dismissed as “racist”? How much longer can conservatives afford to play by the left’s terms, while yet hoping to defeat it?

Leftists and conservatives who reject the concept of cultural superiority would do well to take a closer look at their very lives. Are they not trying to be better at something than other people? If not, what are they achieving? Is the concept of value intelligible without competition and comparison? No. What’s so bad about making informed value judgments about other groups? The Russians and the Chinese laugh at our weak reluctance here.

No group today is more criticized or hated than white men. But notice: The leftists and the ungrateful women who are perpetually bashing white men reveal what deluded wretches they are by never packing up and moving to countries where white men are not running things, since such places, as the president might say, are generally shitholes.

Getting back to Amy Wax, we should ask: Why does it take a Jewish woman who is a distinguished law professor at an Ivy League university to make the case that whites should be numerically dominant in the country that their own ancestors founded and built? The answer is that mainstream conservatism is a kind of genteel country club, in which, like Republican politicians, intellectuals are effectively owned by donors, those largely middling but significant persons who fund the journals, websites, “nonprofits,” think tanks, and conferences. Nor is this degradation a problem for such intellectuals. For, like most intellectuals, and like most people, most conservative intellectuals care more about their own petty interests than saying difficult yet important truths. They are primarily concerned to make money, to appear distinguished, and to be accepted by other people. Weak, predictable, boring types! Accordingly, nearly all conservative writers avoid sensitive issues, lest they be ostracized like Joseph Sobran, Sam Francis, Paul Gottfried, John Derbyshire, Peter Brimelow, and others.

It seems telling that, though Amy’s position on immigration is basically the same as Peter Brimelow’s and Jared Taylor’s, Hazony wouldn’t allow these men to attend his conference, even as, in response to the inevitable criticism, he defended Amy’s take on race and immigration. In an interview with Slate’s Osita Nwanevu at the 2018 CPAC, Brimelow said:

[M]y heart is with civic nationalism, but my head is with racial nationalism. Because I think that’s the way things are going—I think the country is precipitating out on racial lines…. That’s what the Trump voter seems to indicate. That’s an implicit white vote.

Though he has often been slandered as a “white supremacist,” Brimelow is nothing of the kind, and the words quoted above indicate that his is a strategic or practical position. Brimelow advocates “civic nationalism” because he knows there’s much more to a polity than race. Still, in the present context, “racial nationalism” is effective, for again, without a sufficient number of whites, how can we resist the antiwhite left and preserve a country worth having? Certainly these ends are not going to be accomplished by importing Mexicans and Somalis.