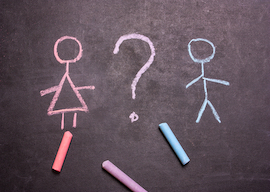 Fire in each eye, and papers in each hand,
They rave, recite, and madden round the land. —Pope

We value rights because, as the terrible old proverb says, man is a wolf to man. Knowing only too well that other people can harm us, we affirm our inviolable rights, our human dignity, and so forth. But, as I remarked in a recent column, although there is a lot to be said for the personal autonomy rights allow for, this modern concept is also a very mixed good.

For what it leads to is people constantly asserting (for they rarely argue) what they think is good for them, usually without considering what that ostensible good would entail for society as a whole. Weighing conflicting values, trying to achieve some workable compromise with others, sacrificing for the whole and the long-term good—how difficult it is even to get these things on the table when the perspective is that of a person who thinks the good, as he understands it, is self-evidently inviolable, so that merely to ask him to ponder a contrary view is perceived as an affront. Which his in-group, whatever it may be, supports with all the intelligence and rationality of high school cheerleaders.

Hence, then, the many conflicts these days—so amusing to watch—among various left-wing groups: trans persons, gays, feminists, blacks, and others. For all their talk about advancing what they call equality, the left’s uncompromising subjectivism concerning truth and morality makes for a kind of intersectional cannibalism. And so, where leftists would join forces to overcome “white male patriarchal oppression”—or in other words, to take your stuff, white guy—they end up bitterly divided, spending more and more of their time in unfruitful squabbles. Well, the gods, said an ancient philosopher, made man in jest, in order to laugh at him.

Meanwhile, it remains to be seen whether enough Americans can get behind some notion of the common good, or whether our current factions, so many of them founded on personal autonomy alone, are just a sign of greater and more difficult ones to come. As in lefty intellectual contexts, so in the Democratic Party, where the candidates for the 2020 presidential election represent a progressively shameless plunge into an ocean of wretchedness. Having their rights, and being taxpayers besides, the American public, always virtuous and tractable, is eager to see which would-be leader of the land boasts the best victimhood credentials, and who will offer them the best goodies. Poor creatures! For though they are filled with the deepest enthusiasm by the pronouncements of Joe Biden, Elizabeth Warren, Corey Booker, and other national sages, once they begin to talk among themselves about the forthcoming new equalities, they soon get sidetracked by all manner of unresolvable quarrels! And woe unto him who would tell Bonita that Becky is not a stupid white bitch who thinks she’s so cute.

Lately I have observed with bemusement the trans crowd claiming to be victimized in academic philosophy. One of their newest complaints concerns Kathleen Stock, a professor of philosophy at the University of Sussex. A second-wave feminist and, it goes without saying, a leftist, Stock recently presented a paper on sex and gender to the Aristotelian Society, which, to its credit, defended her right to do so. Although, as her writing shows, Stock is quite sympathetic to the unhappy state of trans persons, she believes that “subjective ‘gender identity’ doesn’t determine womanhood or manhood.” Nor, despite her sympathy for them, does she think that trans persons should be permitted to just decree how we all conceive of sex and gender, or to set the terms of debate about sex and gender issues, since, after all, these issues do not only affect trans persons. Many trans persons are fiercely averse to sex-separated spaces, finding them discriminatory, but for Stock this simplistic belief is a serious problem:

Sex-separated spaces are an imperfect but useful form of protection for females in places where they are vulnerable to sexual aggression and invasions of privacy, such as bathrooms, changing rooms, dormitories, refuges and prisons. Recent Freedom of Information requests reveal that in the UK, two-thirds of sexual assaults in public pools and leisure centers took place in mixed-sex or “unisex” facilities. A pre-operative trans woman prisoner, Karen White, sexually assaulted two female inmates recently whilst on remand in a British women’s prison. Critics argue from such evidence that making self-ID the legitimate means of accessing women-only spaces puts females in those spaces at risk—occasionally from trans women, but also from predatory males who are not trans, but who now cannot be confidently challenged in such spaces.

The passions are the enemy of nuance, alas, and so a group of academic twaddlers called Minorities and Philosophy UK and Minorities and Philosophy International saw fit to issue a joint statement in response to Stock’s talk. Their “logic” is reducible to the simple but loony proposition—you disagree with me; therefore, you’re bad—but nevertheless, I will quote from this strange document a little since my readers may find it perversely entertaining:

“The sad irony, for trans people themselves, is that their unwillingness to consider contrary beliefs does them a lot of harm.”

The discipline of philosophy, as it stands, has much work to do for each of these groups. But one particular area that we must focus on is the increasing professional hostility towards trans people, with trans women and trans feminine philosophers regularly experiencing intensified and aggravated forms of hostility and abuse. In recent years and months, attacks on the trans community have been led by a number of prominent philosophers and are made to seem legitimate due to the unwillingness of the wider community to speak up and protect its most vulnerable members….

In continuation of such harmful trends, today (3rd June 2019) the Aristotelian Society hosted a talk by Professor Kathleen Stock, entitled ‘What is Sexual Orientation?’… [We] are disappointed that a prominent philosophical organisation has hosted a talk by someone who has so aggressively and routinely spoken out against the trans community…. [We] are deeply concerned by the fact that the Aristotelian Society is offering its valued intellectual platform to a paper that, itself, targets the trans community. We believe this talk brings into stark relief the current situation for trans and non-binary people in philosophy.

They go on, in effect, to condemn academic freedom and to demand moral support from the Aristotelian Society, as if it were a therapy group for tenth-rate philosophers. Predictably, a number of trans resentment-pipers have tried to run Stock out of the academy. A familiar ploy, that. Behind the tears, there are whips.

Having followed the decline of higher education closely, and having read some of the ever more robust literature on sex differences, I was by no means surprised to learn that six of the eight signees are women. For, in academe, as in politics, women, as a group, are lefty liabilities, and accordingly, being female has been found to be a predictor of political correctness, as being male has not. There are also large sex differences in regard to free speech, a value of which women are far less supportive than men.

Here in the U.S., as in the U.K., trans people compose a tiny fraction of the population. And yet they exert an outsize influence. Trans people, with their obdurate demands, are a problem in the American academy as they are in universities in England. To say nothing of the increasing problem of trans men in women’s sports. How is all this possible? There seem to be two reasons, independent of the views of trans persons themselves: blind pity for their condition that serves to simplify and shut down discussion of trans issues; and the weakness of character that enables people to yield to trans interests. You will notice, perhaps, that each problem is rife in non-trans issues.

“It is head-scratchingly bizarre,” says Stock, “how so many public organisations, many of them ostensibly progressive, have capitulated to passive-aggressive, emotionally blackmailing, and sometimes even outright threatening behaviour from trans activists, often online.” Brian Leiter, a professor of law and philosophy at the University of Chicago, notes at his popular blog:

Last month Brown University, the Ivy League institution in Rhode Island, was accused of cowardice by leading academics in the US after it caved into pressure on social media to pull a piece of research from its website that had concluded that social contagion could be a reason why clusters of young people were identifying as trans.

But then, why expect anything else from “public organisations” or vast collective endeavors generally? In these there is generally a regression to the mean stupidity, conformity, and cowardice of human nature. What bad news, this, for liberals, neocons, West Coast Straussians, and other partisans of equality! Such persons may wish to get up a committee meeting, pray to their God, or read that great political philosopher Abraham Lincoln.

The sad irony, for trans people themselves, is that their unwillingness to consider contrary beliefs does them a lot of harm. Contra social constructionists, sex (a biological concept) is not irrelevant to ideas of gender (a concept that, for me and many others, is intrinsically and deeply related to sex, albeit partially socially constructed). Research by Lawrence Mayer, Paul McHugh, and other scholars indicates that confusion about “gender identity” is a normal and common aspect of human development, one through which most people emerge perfectly fine. So, sex-change operations as a matter of course, however recommended by leftist “experts,” are not a wise response to confusion about “gender identity,” particularly since trans people often end up rather worse afterward. Nor is it evident that that difference is due to “discrimination.” But just as virtue is its own reward, so vice is its own punishment, and as in Dante’s hell, trans people, like the rest of us, testify to the grave consequences of their willful errors.